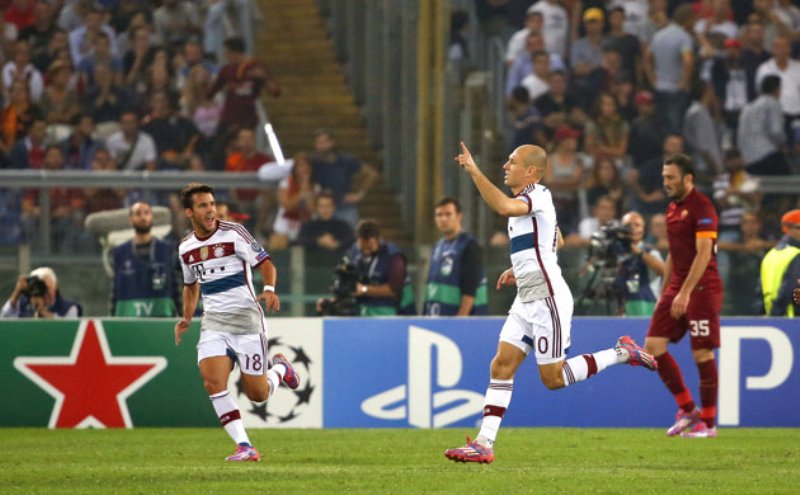 Even perfectionist Pep Guardiola could not fail to be impressed with Bayern Munich’s spectacular performance in the first half of the Bundesliga season to finish 2014 with more league records.

Regardless of the weekend’s results, Bayern will go into the Bundesliga’s winter break, which starts on Sunday, with at least an 11-point advantage.

The Mainz result saw Bayern claim a new record for the least goals conceded in the first-half of the season as their defence have leaked just four goals.

At the season’s halfway stage, they will set a new record for the league’s biggest lead after 17 games, beating their own best mark of 10, which had matched Borussia Dortmund’s effort from the 2010/11 season.

Bayern have equalled their own record for the highest goal difference at the halfway point of plus 37, the same they managed in 2012/13, the season they last won the Champions League.

The Bavarians are unbeaten in Germany this campaign, dropping just six league points, and are on course to claim a third straight Bundesliga title.

“When we analyse the whole first-half of the season, then I am very, very happy,” said renowned perfectionist Guardiola, who takes his side to Qatar for a training camp in January.

“Regardless of where we go, we always play with passion.

“We have to stay calm and get ready for the second-half of the season, but it’s a good way to wish everyone a merry Christmas and a good new year.”

Mainz took a shock, but deserved 21st-minute lead at home through Colombia midfielder Elkin Soto, but the advantage lasted just three minutes before Schweinsteiger curled in a stunning free-kick.

“It was a pleasant evening up until the last minute,” bemoaned Mainz manager Christian Heidel.

The mid-table hosts were heading to a deserved point before Robben’s winner just before the whistle following a superb run by France winger Franck Ribery.

“I am happy we won, but I feel sorry for Mainz, they gave everything and deserved at least a point, but that’s football,” said Robben, who scored his 101st goal for Bayern.

“We weren’t good in the first-half, we left too many holes and didn’t find our game.

“But fair play to the team, we came back and won again.

“We can all go into the holidays proud and happy.”

Schweinsteiger, Germany’s captain and Bayern’s skipper for the night, proved the knee injury which kept him out until late October is behind him.

His curling first-half free-kick gave the Mainz goalkeeper no chance.

“I can honestly say I haven’t practised free-kicks since the World Cup,” revealed Schweinsteiger.

“Franck (Ribery) was a gentleman, he let me take it and said ‘score a goal’.

“It’s nice that we have a break now.”

Bayern will open the 2015 fixtures when they play second-placed VfL Wolfsburg away on Friday January 30. – Agence France-Presse