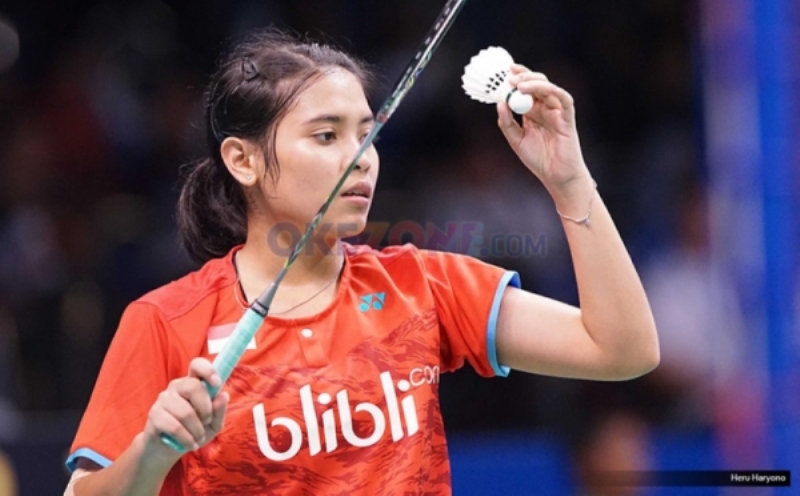 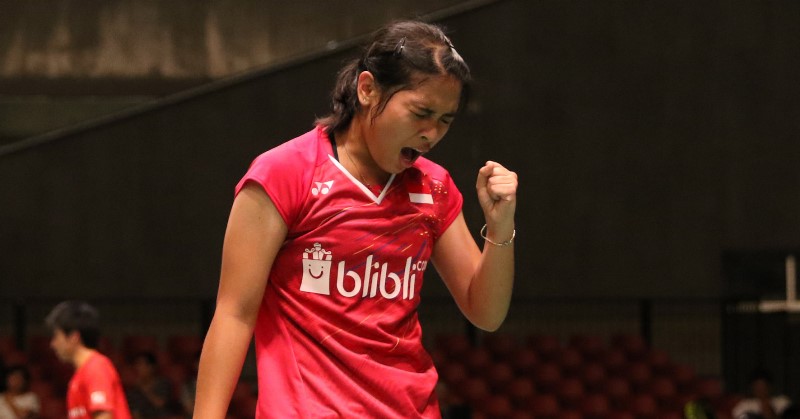 The odds were always stacked against her but teenager Gregoria Mariska Tunjung made a game of it as she put up some tough resistance against China’s He Bingjiao, ranked a lofty 9th in the world.

Thirty eight rung below stood Gregoria, the lass from Wonogiri in Central Java, who fought for everything she had before conceding a 23-21, 21-10 loss to Bingjiao.

“I made a lot of mistakes in the game. It is not that I was not prepared, maybe a little unprepared. But I was going for everything,” said the 18-year-old after the 36-minute duel.

“I felt a little misdirected and I could not get into the game. It threw me off balance. It was hard to lose points in the rally. She was left handed and she had the power to back it up.”

But while Gregoria was not at all distraught at the loss in her very first encounter against the sturdy Chinese, she felt that she could have done better to contribute to Indonesia’s win this morning.

In spite of the loss, Indonesia still managed to beat China 3-2.

They won the first point through Fitriani Fitriani in the women’s singles when she beat Chen Yu Fei 16-21, 21-16, 21-15 in a battle that lasted for more than an hour.

Della Destiara Haris-Rizki Amelia Pradipta then grabbed the third point for Indonesia with a 21-14, 19-21, 23-21 win over Cao Tong Wei-Yu Zheng.  China then picked up their second point in the game when Ruselli Hartawan fell toChen Xiaoxin 21-17, 21-17.

“I was a little off as this was the first time that I played with her. But I will be better,” added Gregoria. – BY ALVIN OH