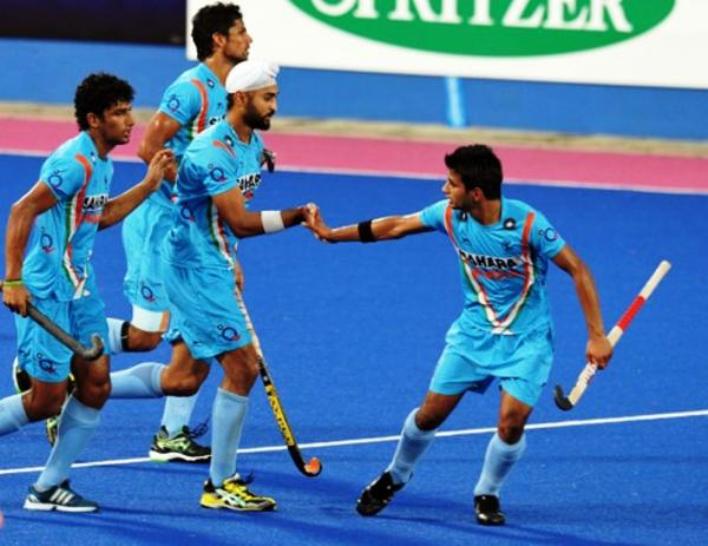 * Harmanpreet hits the winner 20 seconds before the end

* Kiwis perform ‘Haka’ for their supporters despite defeat to Aussies

* Malaysia defeat Pakistan for their first win to finish fifth

Harmanpreet hit a brace with the winner coming 20 seconds before the buzzer as India gave another “chakde” performance to retain the Sultan of Johor Cup – the first team to retain the title since its inception in 2011 – with a 2-1 win over Great Britain in the final at the Taman Daya Hockey Stadium in Johor Bahru on Sunday.

He will cherish the fourth edition of the annual tournament as he also ended up as the tournament’s top scorer with nine goals together with Britain’s Luke Taylor.

There was more cheer for Harmanpreet was also voted the Best Player of the Tournament while India also celebrated when skipper Harjeet Singh was named the Most Promising Player.

Putting that aside, India were playing in their third successive Sultan of Johor Cup Under-21 Invitational tournament final, were made to fight hard for their narrow win over Britain.The final was a thriller all the way with both teams adopting fast flowing hockey at a fast pace with the first half ending without any score on the board.- thanks to some brilliant goalkeeping by India’s Abhinav Pandey and Britain’s Harry Gibson and their respective defence.

Two of the best teams in the 4th edition of the tournament fittingly made the final giving the packed stadium plenty of action in a match that was played under perfect weather conditions.

India came out after the breather – breathing fire and derservingly took the lead through Harmanpreet making it count on 46 minutes with a power packed drag flick, giving Britain goalkeeper Harry Gibson no chance at all.

Britain hit back 10 minutes later also through a penalty corner which was converted Samuel French and the battle was on with both teams looking for the winner and India struck 20 seconds before the end with the Harmanpreet breaking the hearts of Britain and their supporters.

Britain, however won the Best Goalkeeper award which went to Harry Gibson.as a consolation.

Earlier Australia defeated New Zealand 6-2 to take third place – their second win over the Kiwis, having beaten their neighbours 4-3 in the round robin match, staging a brilliant fightback in the last 20 minutes after being 3-0 down.

Australia grabbed a 4-0 lead at halftime with the first three goals coming from field attempts by Simon Benntti, who scored a brace in the 14th and 15th minutes and one from a penalty corner by his sibling James Bentti (25th minute).

New Zealand  scored two in succession after the break with a field goal by Kim Kingstone (37th) and Trevor Garrett from a penalty corner (52nd). However, any hopes of a fightback by New Zealand were dashed when Australia consolidated their position with strikes by Andrew Scanlon (penalty corner, 64th) and skipper Will Gilmour (field goal, 69th).

Despite the defeat, the Kiwis, gave the fans plenty to cheer by performing the famous ‘Haka’ after the match much to the delight of their supporters who gave them a standing ovation for the rare treat at the Taman Daya Hockey Stadium.

In the first match of the day played under cloudy conditions Malaysia gave their best performance to date to register their first win in six matches with a 3-1 victory over Pakistan in the play off for fifth place. Pakistan finished at the bottom of the table without a win and after managing only two draws against four defeats in the round robin league.

Skipper Haziq Samsul showed the way for the Malaysians when he opened scoring as early as the sixth minute through a field goal. It was just the start Malaysia needed but it was not until the 24th minute they managed to increase the tally and this came via a penalty corner set-piece effort by Muhd Jazlan.

Malaysia added the third three minutes before the halftime break and it was another penalty corner effort – this time senior international getting his name into the scoresheet.

It stopped at that for Malaysia as the Project 2016 squad failed to turn their territorial advantage their way and
muffed chances that came their way into goals – allowing Pakistan to reduced the defcit through a field goal by Muhammad Naveed on 45 minutes.