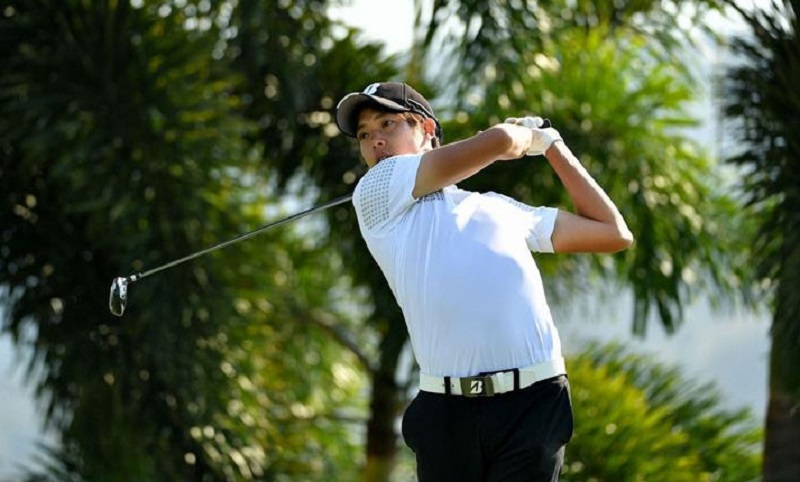 Tour rookie Shohei Hasegawa of Japan hopes to continue his superb run of form when he tees off for the PGM Johor Championship which starts on Wednesday.

The 24-year-old Japanese, who came through the Asian Tour Qualifying School in January, secured a breakthrough Asian Development Tour (ADT) win in Indonesia a fortnight ago, marking his first victory since turning professional in 2015.

Having notched a victory and a top-10 finish in just three starts so far this season, Hasegawa has installed himself as one of the title favourites at the RM225,000 (approximately US$58,000) ADT event.

With his confidence soaring at an all-time high, Hasegawa, who sits in second place on the current Order of Merit, is tipped to continue his consistent run when he steps up to the tee at the Palm Resort Golf and Country Club.

“The reason why I decided to try for the Asian Tour Qualifying School this year was because I love travelling and since getting my card in January, I have been to New Zealand for an Asian Tour event and to Brunei and Indonesia for ADT events.

“It is good to be exposed to different playing conditions in Asia and I just need to stay in the moment and enjoy myself because I know my game is there,” said Hasegawa, who hails from Hiroshima.

Reigning Order of Merit champion Pannakorn Uthaipas of Thailand will feature in the event alongside current Merit leader John Catlin of the United States, as well as South African Mathiam Keyser, Australian Martin Dive and Thailand’s Itthipat Buranatanyarat, all winners on the ADT.

“My goal is to just put up four good rounds. I have not had a top-10 finish on the Asian Tour this season but I have only missed one cut since the start of the season which is a positive,” said the bespectacled Fung, a three-time winner on the ADT.

“This is not a difficult golf course. and I am hitting the ball well so I am not too thinking too much. I just need to get my putts to drop over the next couple of days and I think I have a good chance to win,” added the 27-year-old Fung.

A total of 114 players will compete in the PGM Johor Championship this week, with the field being split between the ADT and Professional Golf of Malaysia (PGM Tour).

The PGM Johor Championship is the fifth leg of the 2018 schedule and also the Tour’s second stop in Malaysia this year. Official World Golf Ranking (OWGR) points are offered on All ADT events with the winner earning a total of six OWGR points while the top-six players and ties earn points on a sliding scale.

The leading five players on the ADT Order of Merit at the end of the season will earn playing rights on the premier Asian Tour for the 2019 season.