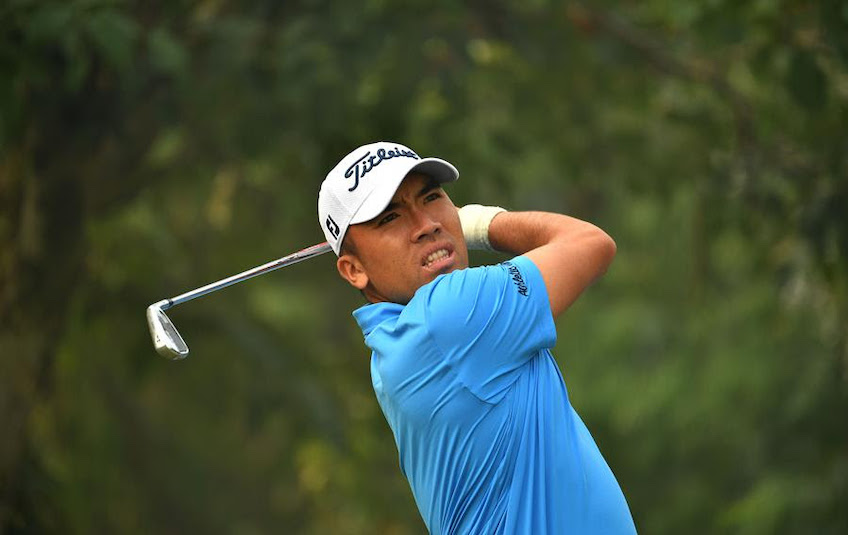 Indonesia’s Rory Hie continued to lead the Gurugram Challenge today after a second round three-under-par 69 at the Classic Golf & Country Club.

The 33-year-old Hie, the first-round leader by two shots, moved to 12 under for the event and a one-shot advantage over American Dodge Kemmer and Thailand’s Chanat Sakulpolaphaisan, who carded rounds of 66 and 67 respectively.

The inaugural US$75,000 event is being jointly sanctioned by the Asian Development Tour and the Professional Golf Tour of India.

India’s Manu Gandas and Abhijit Singh Chadha plus Benjamin Follett-Smith of Zimbabwe carded 66s to tie for fourth on 10 under with Ira Alido of the Philippines, in with a 69.

Hie is the hot favourite this week as he claimed the Classic Golf and Country Club International Championship here in 2019 to become the first player from his country to win on the Asian Tour.

He had a poor start as he made bogeys on his first two holes, the 10th and 11th. However, his chipping and bunker shots got him back on track as he collected six birdies thereafter at the cost of just one more bogey.

He said: “I’m glad that I was able to turn it around and salvage my round after a bad start. I was happy to end my round with two birdies on the last three holes. My best birdie was on the seventh where I hit a terrific drive and made a long putt.

“The conditions were easier today as the wind wasn’t that strong. But I didn’t create as many birdie chances today since I didn’t hit my iron shots as close as I had done in round one.

“When I got to the course I realized that I hadn’t put my 2-iron in my bag. I forgot it at the hotel and instead carried my 3-iron. So tomorrow I’ll make sure that I carry my 2-iron in the bag as it would be more useful for me at this course.”

Kemmer is also a regular on the Asian Tour.

“My putting came on from the 11th,” said the American.

“I sank a long putt there and thereafter hit my wedges close and drained a few more long birdie putts. One needs to be on the right side of the greens here in order to create scoring opportunities.”

Chanat chipped-in for eagle on the 18th to stay very much in contention.