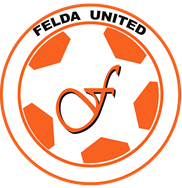 Irfan’s concern is understandable as Felda, who have set a top two finish for promotion back to the Super League, have not won a match since the 4-0 whitewash of KL SPA on Feb 14 before the M-League took a three week break for international assignments.

When the league resumed on March 7 Felda drew 2-2 draw against Johor Darul Takzim 2 followed by a 1-1 draw against Penang on March 14.

“We are up against the leaders (Police) and we have to check them. This means we need a win against Police to get the points to move up the table,” Irfan told Sports247.my.

The Settlers as Felda are known, had some disappointing results, including a 1-1 draw against all-local side Penang Water Supply Corporation (PBAPP FC) in their opening match.

“There is nothing wrong with Edward’s play but he is selfish. He has to discard his selfishness and play a team game. We could have achieved better results if Edward had played a team game.”

Irfan is aware Police are the team to beat in the Premier League.

“Police have shown fine teamwork to be where they are now. And it will be tough to beat them. It is a much awaited match but I am optimistic we can win if we play to our true capabilities,” added Irfan.

Meanwhile, Police coach Dollah Salleh was quick to admit that playing against the experienced Falda will be the “first real test” for his team despite winning all their six matches so far.

“Expectations are high on Police extending their winning run. This is the time (match against Felda) to see how good we are.

“It will be a real test for us. No doubt we have beaten JDT 2 (3-1) and Penang (5-1) but we have yet to play teams like Felda, Negri (Sembilan) and Kedah and the outcome against them would probably shape our title hopes,” said Dollah.

The former Pahang coach is counting on his top scorer Ashfaq Ali to deliver. The Maldives national skipper has six goals to his credit, including a hattrick in the 7-1 win over Perlis.

In their last matches, Police whipped PBAPP FC 4-0 while Felda struggled to a 1-1 draw against Penang.