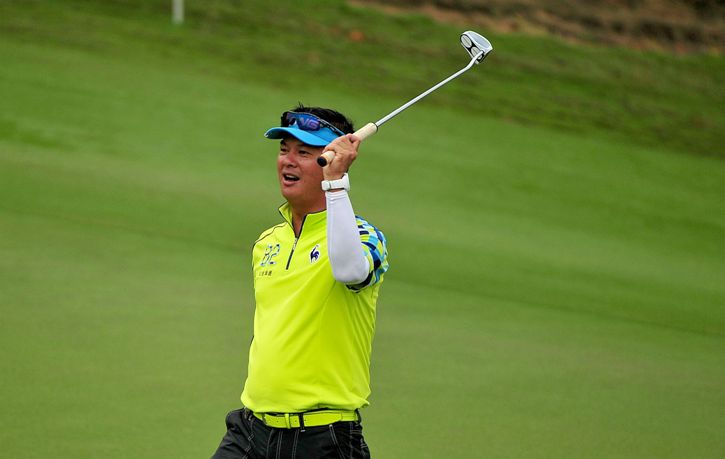 Home favourite Lin Wen-tang aims to strengthen his Olympic bid by winning the US$120,000 Ambassador ADT which gets underway on Thursday.

The Chinese Taipei star, currently ranked 59th on the Olympic rankings, hopes to excel at the Hsin Feng Golf and Country Club and bolster his position in Rio de Janeiro in August.

Lin will be joined by defending champion Chan Shih-chang, Gavin Green of Malaysia, who is also fighting for an Olympic berth as he sits in the 60th and final position on the ranking, Itthipat Buranatanyarat of Thailand and John Michael O’Toole of the United States in the Asian Development Tour (ADT) event.

The 41-year-old Lin settled for second place in last year’s edition when the final round was cancelled and he is determined to make amends this week to achieve his Olympic dream.

Players will have until July 11 to jostle for tickets to Rio to celebrate golf’s return into the Olympic Games after a lapse of over 100 years.

“The Olympic is so important. This is the first time in the long time since golf returned to the Olympic and I have a good chance to represent my country. My family has told me not to doubt myself and just play my best. I hope to make them proud,” said Lin.

“This is a good and important week because it is my home course. If I win here, I think I will qualify for the Olympic. It will be windy here and I like playing low ball flights so I enjoy playing on this course. I think I have a good chance this week,” he added.

The 29-year-old Chan, who lives a stone’s throw away from the Hsin Feng course, will use his home course knowledge to good use when he challenges for a sixth ADT title.

“You need to hit it straight here. You need to check the wind here. It will be very windy because we are near the sea. It is nice to be playing on your home course. You don’t need to wake up early and it is only walking distance,” said Chan, who finished second on the 2014 Order of Merit.

O’Toole’, the cousin to last year’s Order of Merit winner Casey O’Toole, enjoyed a flying start in his first season on the ADT when he won in Malaysia in March. Currently ranked sixth on the Merit rankings, the American is determined to finish inside the top-five on the final Order of Merit to earn an Asian Tour card for 2017.

“I’ve been playing well. I’ve been a little bit inconsistent but I’m in a good position on the Order of Merit to finish the second half of the season stronger. The goal is to earn a Tour card. I went to Qualifying School earlier this year but missed out on a card so I need to play well on the ADT,” said O’Toole.

“The thought of travelling the world and seeing how my cousin had success over here made me want to come to Asia. It is a good feeling when you win. You get the sense that you have the game to excel. I feel that if I can execute my game better than I can play on the bigger stage,” he added.