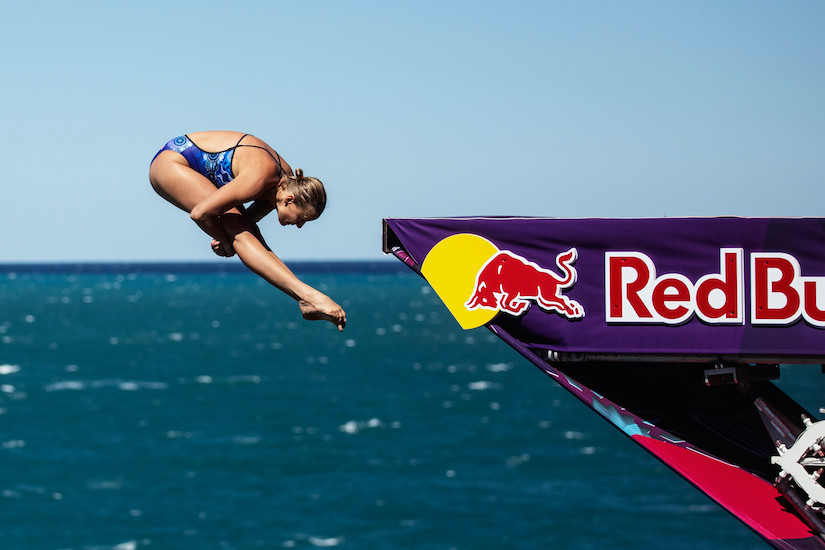 Rhiannan Iffland retained her Red Bull Cliff Diving World Series title with a competition to spare at the season’s penultimate stop in Polignano a Mare, making it six wins in a row to secure a sixth King Kahekili trophy as Frenchman Gary Hunt won the men’s event. Here is all you need to know:

– Hampered by a minor shoulder injury, Australian Iffland was not at her best on the Adriatic coast, however still displayed enough quality to secure her 29th victory in 36 World Series events.

– Iffland eventually prevailed over Canadian rival Molly Carlson by an 18-point margin as she looks forward to a majestic homecoming and title crowning at the season finale in Sydney next month.

– The 31-year-old said: “Conditions were definitely challenging. When you hit the water, you don’t actually know how the dive has gone completely. But it feels really rewarding to have to push through those conditions and taking out the title – it’s insane. I can’t wait to compete in Sydney and just have as much fun as I can and to really live in that moment.”

– In the men’s competition, a second victory of the season for legend Hunt in Italy sets the stage for one of the tightest and most exciting title showdowns in World Series history next month.

– The Frenchman, winner of nine titles in 12 seasons, has a 34-point lead heading into the Australia finale after edging out Briton Aidan Heslop, Romanian Catalin Preda and Ukrainian Oleksiy Prygorov.

– Hunt, 38, said: “It was just amazing; all the ups and downs we’ve gone through and then starting off seeing Aidan getting a perfect dive. It just fired me up, I think it fired Catalin up as well. And that’s the kind of cliff diving competition I love. It’s winner takes it all in Sydney.”

Standings (after 7 of 8 stops)