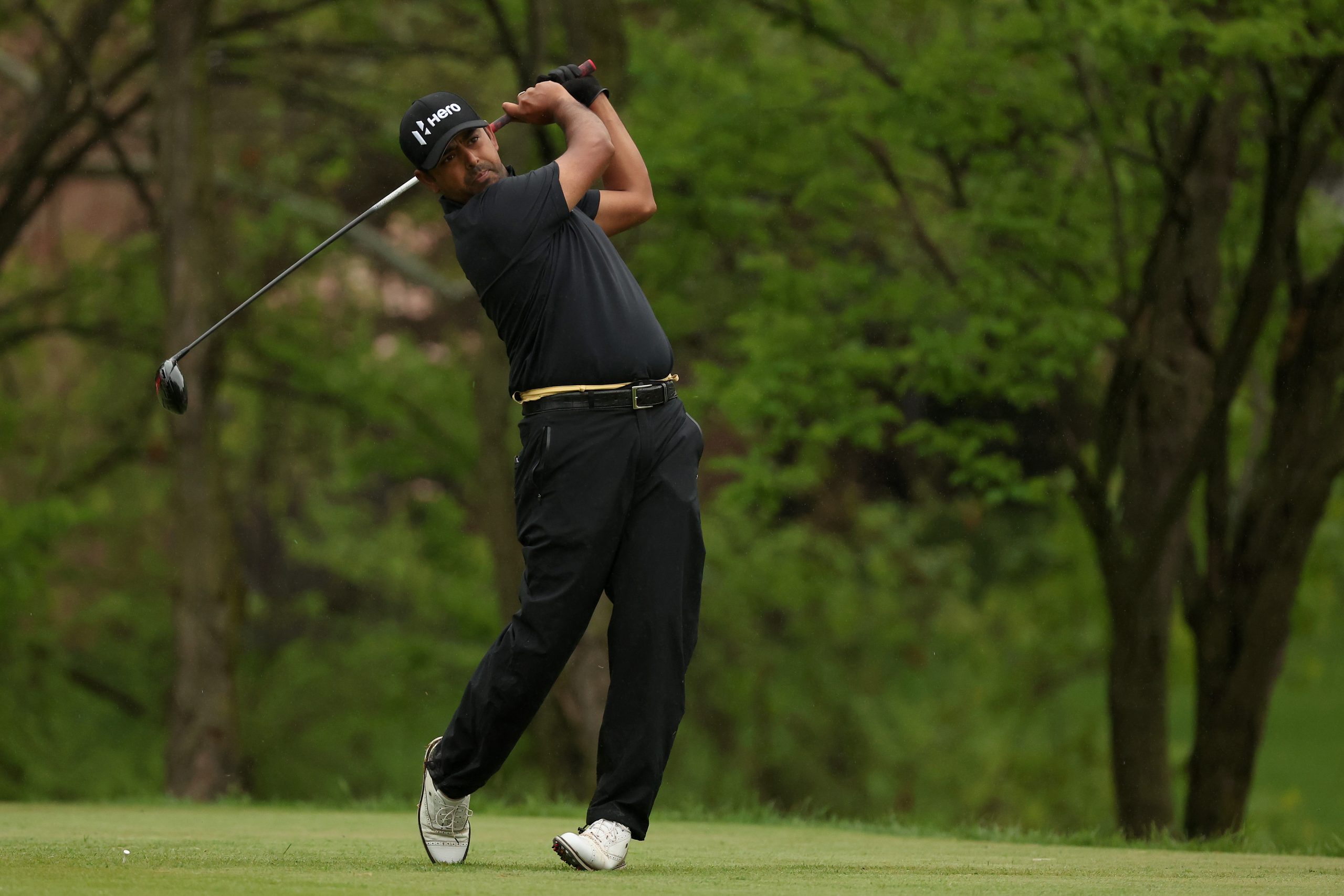 India’s Anirban Lahiri overcame wet, windy and cold conditions to sign for a second successive 2-under 68 at the Wells Fargo Championship on Friday as he stayed in title contention in the US$9 million PGA TOUR tournament.

The 34-year-old carded six birdies against four dropped shots to reach the halfway stage in tied 10th place at 4-under 136, six strokes behind second round leader, Jason Day of Australia.

Lahiri, who finished runner-up at THE PLAYERS Championship in March, could have finished higher on the leaderboard but was left ruing a costly double bogey on the par-3, 17th hole after finding water with his tee shot.

Still, he was pleased with his fighting display at TPC Potomac.

“Tough day, it was a grind. Weather was obviously difficult, you have to battle the elements. The golf course is hard and long enough to begin with,” said Lahiri, who is seeking his first win on the PGA TOUR. “I played really, really well, but missed a couple of putts. I think I could have avoided some of the bogeys that I made.

“Then right in the end on the 17th, I just lost control of the ball due to the heavy rain and the gust that we got at that point of time. It was just one of those days where you had to get through the period where it got really difficult, and then it was not so hard in the middle, and then it would get really difficult again. I’m a little disappointed with the finish but I’m very happy with the way I played and how I stayed focus.”

Although conditions are expected to remain tricky over the weekend, he is unfazed by the challenges ahead as he continues his pursuit for a career breakthrough. At THE PLAYERS, which is the PGA TOUR’s flagship event, conditions were tough as well which Lahiri thrives upon.

“Pars are going to be very valuable and birdies even more. From whatever I look, it’s going to keep raining until Sunday. It’s one of those weeks where you just have to grinding. You’ve got to keep it on the fairways, hit as many greens as you can because I think compared to yesterday, today every time I hit it in the rough, it was a terrible lie. So, short grasses are premium for both fairways and greens. I’m trying to stay patient, just keep sticking to my process and play good golf. I’m happy with the way I’m playing, just need to minimize the errors and continue to make birdies.”

Korean pair Si Woo Kim and K.H. Lee, and C.T. Pan of Chinese Taipei returned scores of 72, 71 and 73 respectively to move into the weekend rounds. They are tied 29th on 1-under, nine back of Day.

Day, a former World No. 1 and the 2018 Wells Fargo Championship winner, continued to impress for the second day running following a solid 67 to open a three-shot lead over Max Homa heading into the weekend play.