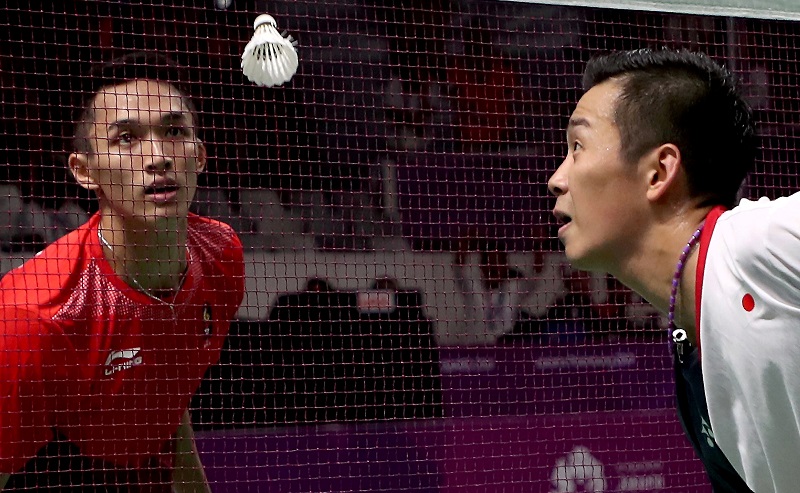 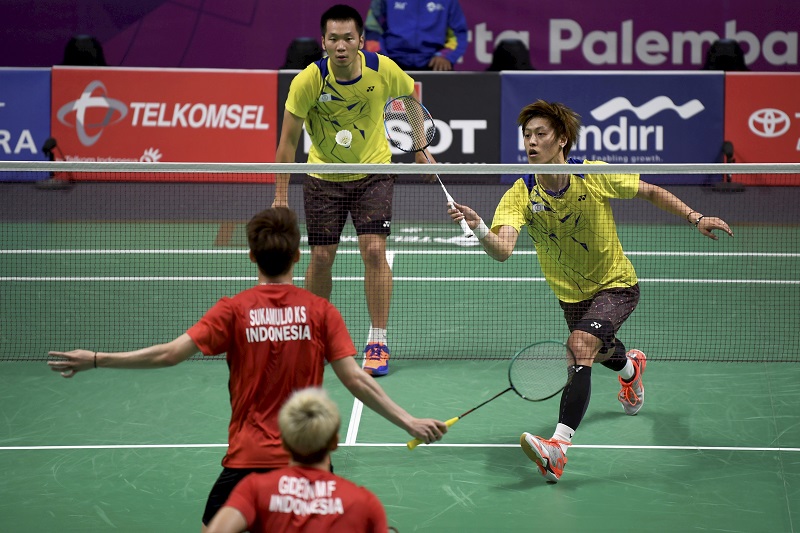 Indonesia are assured of at least one gold medal in Asian Games badminton competition after both their men’s doubles pairs qualified for the final at the Istora Senayan tomorrow.

Marcus Fernaldi Gideon-Kevin Sanjaya Sukamuljo, the world No.1 ranked duo, along with Fajar Alfian-Muhammad Rian Ardianto won their semi-final encounters to make it an all-Indonesian final battle. This also assures the men’s doubles gold will remain in Indonesia after Mohammad Ahsan-Hendra Setiawan won the title in Incheon four years ago.

Indonesia also have a shot at a second gold as Jonatan Christie had beaten the eighth-ranked Kenta Nishimoto 21-15, 15-21, 21-19 in a nail-biting semi-final clash earlier today. It almost became another all-Indonesia final however, Anthony Sinisuka Ginting was unable to make it past fourth seed, Chou Tien Chen.

For the hosts, winning the doubles title here will ensure the gold medal remains in Indonesia after Mohammad Ahsan-Hendra Setiawan were crowned the champions in Incheon four years ago. In the men’s singles, Taufik Hidayat won the gold in Doha in 2006. Taufik also won the gold four years earlier in Busan.

There was an enormous roar today when Jonatan notched the match point. Jonatan, ranked 15th, offered hope of an all-Indonesian final when he clawed his way past the eight-seeded Kenta in the second match of the day on the first court. Jonatan picked up the first game 21-15, but Kenta shot back to keep his hopes alive with 21-15 win.

The third game very close as the players were battling for every point and kept pace with each other all the way to 17-17. Jonatan claimed two crucial points at this stage and that gave him a slender lead which he managed to hold on to the end to win 21-19

If the pressure was heavy on the other Indonesian players in action earlier. It was far worse for Anthony as all his other teammates had won their matches and advanced to the final. That included Jonatan was through and the fans were dreaming of another all-Indonesian affair. Anthony had a great start and claimed the first game 21-16. Chou was not about to settle for the bronze so easily and staged a dramatic comeback, winning 23-21.

There were worried looks on the faces of the fans and the officials soon after the game started as Chou began to pull away and was soon leading 15-10. Anthony attempted to chase him down but Chou managed to stay ahead. And after a gruelling 80-minute battle, Chou emerged ahead and won 21-17 to book his place in the final.

Anthony later thanked the fans for their support. “They have been fantastic all the way and all I can say is I’m sorry for not being able to make it today. He was very calm and was well prepared, I tried but it just did not work.”

In the first men’s doubles semi-final tie today, the pressure was on Fajar-Muhammad Rian to produce a strong performance against the higher ranked Chinese pair. But the duo handled it well, taking the fight to their opponents from the start and quickly wrapped up the first game at 21-14. But the experienced Li-Liu came back and levelled terms 21-19 in a close contest. Fajar-Rian, with the resounding support of the fans, cranked up their game and deservingly won the decider 21-13.

Fajar commented that they were in high spirits ahead of the match. “We were very confident when we started and that was reflected in the first game. But in the second, we dropped some crucial points. We had great support today and that inspired us.”

Later, Marcus-Kevin ensured the gold would remain in Indonesia after working overtime to get past Chinese Taipei’s Lee Jhe Huei-Lee Yang. It was plain sailing in the first game and if the fans were expecting the same in the second, they were surprised when Lee-Lee hit back with a 22-20 win. The third game was rather lopsided with Marcus-Kevin stepping on the gas and racing to a 21-12 win.

“After the second game, we picked it up in the third, reduced our mistakes. I’m happy we are through. We will prepare ourselves for the final and will give our best against our teammates,” Kevin commented.

In the first match of the day, world No. 1 Tai Tzu Ying edged closer to the women’s singles gold after a 21-17, 21-14 victory over India’s Saina Nehwal. Tzu Ying, bronze medallist at the last Games in Incheon, will square off against third seeded Pusarla V Sindhu or Akane Yamaguchi, the second seed. 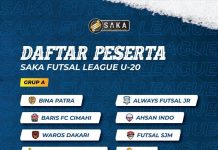