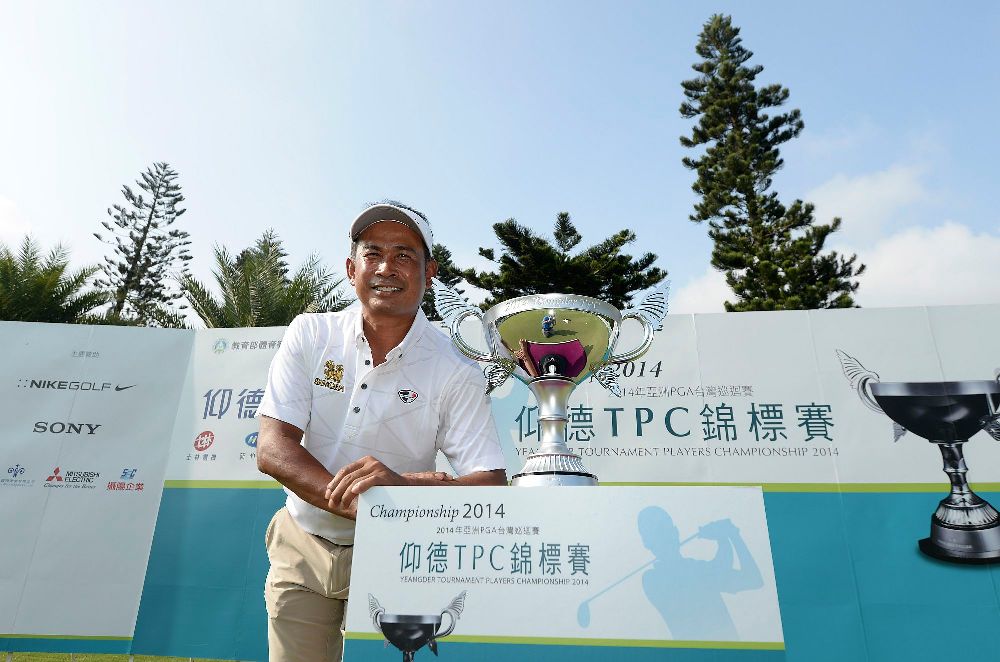 The Thai star injured his right elbow in Switzerland last week but he is 80% recovered after undergoing treatment and will aim to win the US$500,000 Asian Tour event for a third time at the Linkou International Golf and Country Club.

Among the players tipped to stop Thaworn to his 18th Asian Tour title include Anirban Lahiri of India, who is ranked second on the Order of Merit, Lin Wen-tang of Chinese Taipei,  Rikard Karlberg of Sweden and Prayad Marksaeng of Thailand, who have a combined total of 20 Asian Tour victories.

“I injured my right elbow in Switzerland because it was too cold. To be honest, I’m not sure if it is fully healed yet. I’ve been taking it easy on my swing and haven’t really hit any hard shots yet,” explained the 47-year-old Thaworn, who was victorious at the Queen’s Cup on home soil in June.

The two-time Asian Tour number one has enjoyed great success at the Yeangder TPC which he won in 2010 and 2013. But he admits that he was fortunate to win last year as Chan Kim of the United States surrendered his lead after making three straight bogeys from the 15th hole.

“I feel very good and confident on this golf course. It is not a long golf course so I’m very comfortable here. I was a bit lucky when I won last year. Chan Kim had a good chance but he made a few mistakes to give me an advantage,” said Thaworn.

Indian ace Lahiri is bracing himself for a tight race to the Order of Merit crown after he relinquished his lead to David Lipsky of the United States who won the Omega European Masters, an event sanctioned by the Asian Tour and European Tour, on Sunday.

“I had a good result last week,” said Lahiri, who finished tied 13th in Switzerland. “It is a good start to the second half of the year. I still have a lot of work to do if I want to challenge for the Order of Merit.

“David’s (Lipsky) win makes things interesting on the Order of Merit race. I have to pull up my socks and play my best. It will be good for me because it will motivate me to do better,” smiled the 27-year-old Indian.

Home hero Lin, who finished tied fourth at the Yeangder TPC in 2011 and 2012, will rely on a new driver to lead him to one of the most sought after titles in Chinese Taipei.

“I will be using a new driver this week. I know it is risky but I hope it will yield some good results this week. There is always some form of pressure playing in a tournament sponsored by my boss (Emmet Hsu, the Chairman of the Yeangder Group). Emmet has been very supportive to the players and we will all try our best to win the tournament to repay his kindness,” said Lin.

After missing only one cut in six Asian Tour events, Karlberg of Sweden hopes his good run of form will yield a third Asian Tour victory since his double win in India in 2010.

“I hope that I will get a win soon. It has been four years since my double victories. I’m not feeling impatient because I know the win will come sooner or later. When you feel that your game is getting better, you know that the big win is around the corner,” said the 27-year-old Swede.