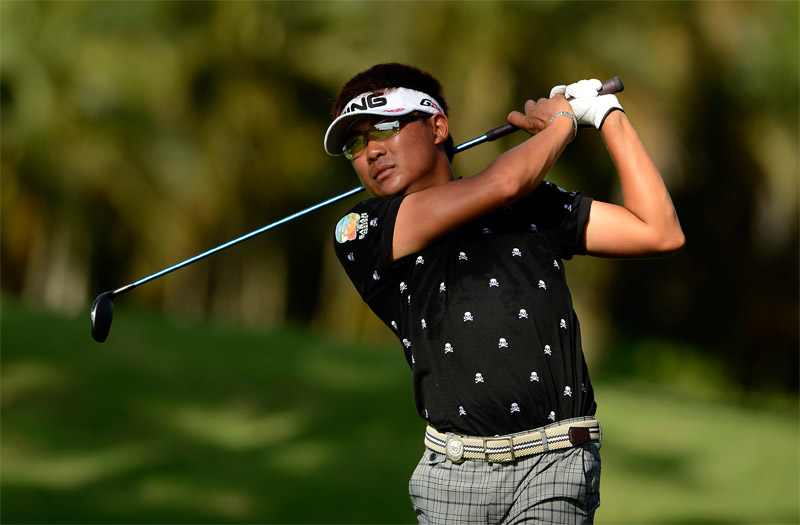 MALAYSIANS Nicholas Fung, Ben Leong and Khor Kheng Hwai were the best among the local players when they finished the opening round of the Maybank Malaysian Open with scores of par 72.

The trio were seven strokes off the clubhouse leader Lee Westwood who finished with a sizzling round earlier in the day. The former world No.1 took advantage of the good conditions earlier in the day to return a solid card.

Ben was happy with his performance today and can’t wait for the next round to get underway.

“I’m happy because I haven’t been in this sort of professional environment for quite a while. I’m pleased and happy and I’m looking forward to tomorrow. My last Asian Tour event was in the Queen’s Cup in Thailand in 2012. I started playing on the local circuits and some Asian Development Tour events since December 2013.”

He admitted to being nervous and was delighted to getting a hold of the situation. “To be honest I was feeling nervous. It was tough and it wasn’t easy. I was proud of myself because I handled it well. I guess I need a few more rounds like this to feel comfortable again. I’m excited for tomorrow. I won’t say that I’m 100% but I’m good enough to be out here playing. I definitely need more events to sharpen my game,” Ben commented.

Kheng Hwai meanwhile struck an eagle on the fifth hole but missed several putts which could have landed him a better scorecard.

“It was a great start. I had a lucky bounce on the fifth hole to make eagle. I still tried to make birdies after that but I was unlucky with some putts. It felt good to be playing well because I haven’t been playing good in the last few weeks.”

“I was riding some confidence after shooting three-under early in the round so hopefully I can stick to the same game plan tomorrow.”

The players who did not complete their round today will begin tomorrow morning.