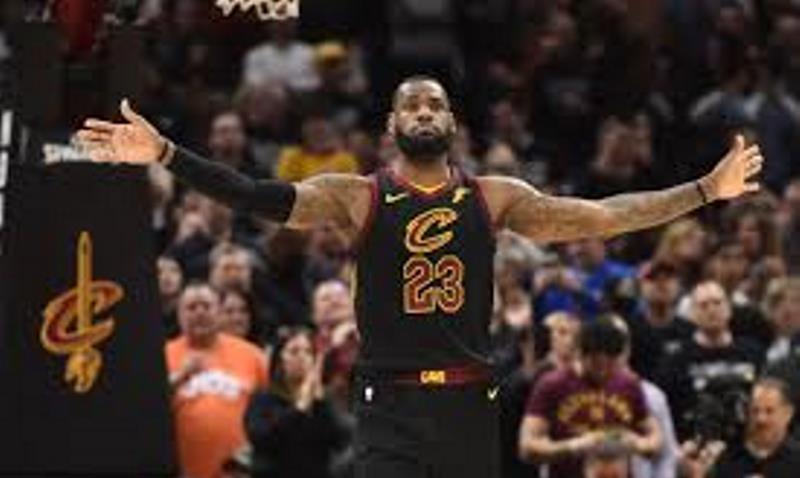 LeBron James scored 45 points in another magnificent game seven performance Sunday, leading the Cleveland Cavaliers to a 105-101 victory over the Indiana Pacers and into the second round of the NBA playoffs.

Facing elimination in the first round for the first time, James was having none of it.

The 33-year-old superstar, who has now reached the second round in all 13 of his playoff appearances, produced his third 40-point game of the series, adding nine rebounds, seven assists and four steals as Cleveland booked a second-round clash with Eastern Conference top seeds Toronto starting on Tuesday.

“I just try to do whatever it takes to help us win. I felt like I wanted to do that again in this series,” said James, who is now 5-2 in game sevens in all rounds of the playoffs.

“There’s nothing like a game seven,” said Cleveland’s Tristan Thompson. “Game seven separates the men from the boys.”

With their season on the line after a humbling 34-point loss in game six, the Cavaliers exploded out of the blocks.

James made his first seven shots and finished the first half with 26 points, five assists and four rebounds.

The Cavs pulled down 11 offensive rebounds in the first half and led by as many as 14 in the second quarter as coach Tyronn Lue switched his starting lineup to include all four of his holdovers from the last three NBA Finals teams: James, Thompson, Kevin Love and JR Smith.

“We started the game with guys that have been in big games before,” said James, but there was no doubt that it was “King James” who ruled.

James became the career playoff leader in steals when he picked off a pass in the second quarter, having entered the contest tied with former Chicago Bulls great Scottie Pippen (395) atop the all-time post-season list.

James also became the first player to score 20 or more points 200 times in the playoffs.

After their dominant first half, Cleveland once again saw the Pacers gain ground in the third.

Indiana took a one-point lead on Bojan Bogdanovich’s three-pointer with 7:13 left in the third period and a determined Victor Oladipo scored 14 of his 30 points in the third.

Cleveland weathered the storm to take a two-point lead into the fourth quarter, and with James sidelined for several minutes fighting leg cramps they built the advantage to nine.

Oladipo’s driving layup cut Indiana’s deficit to four with less than a minute to play, but James responded with a layup and Cleveland held on.

“I’m burnt right now,” James admitted after the game. “I’m not thinking about Toronto right now until tomorrow. I’m ready to go home. Can we? I’m tired. I want to go home.”

The Cavaliers have beaten the Raptors in each of the last two post-seasons, sweeping them in the second round last year.

But fatigue could be a factor against a Toronto team that punched their second-round ticket on Friday.

It was evident on Sunday that the Utah Jazz just couldn’t keep up with the potent Houston Rockets in their Western Conference second-round opener.

James Harden scored 41 points as the Rockets romped to a 110-96 victory.

Houston connected on 17 of 32 three-point attempts and led by as many as 27 over a Jazz team that eliminated Oklahoma City on Sunday in the sixth game of a bruising first-round series.

“We knew what they just went through, how tough their last series was.

“We had a comprehensive rest,” added Harden, whose Rockets finished off the Minnesota Timberwolves 4-1 on Wednesday. “So we wanted to come out here and pick up the pace up — aggressively get stops and aggressively move the ball, and we did that.”

Point guard Chris Paul added 17 points, six assists and four rebounds for the Rockets, who had 16 points from Clint Capela and 15 from PJ Tucker.