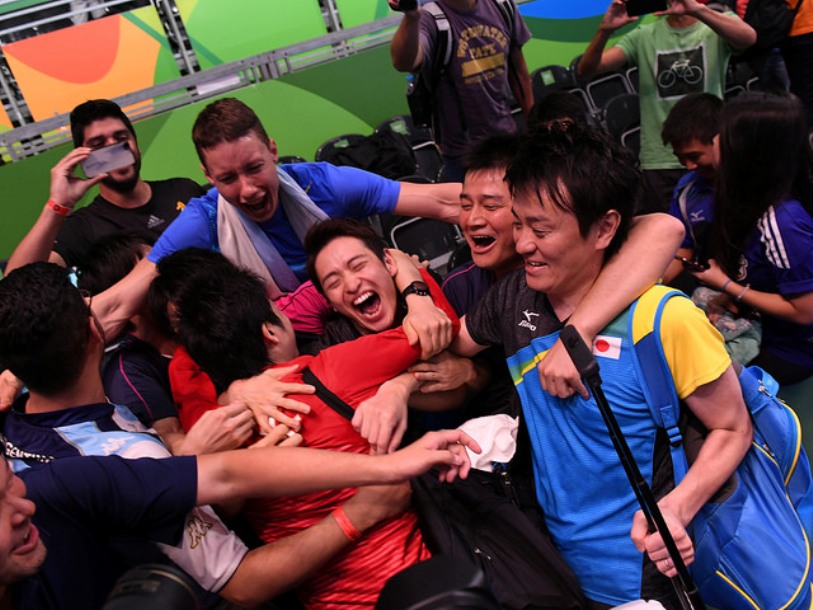 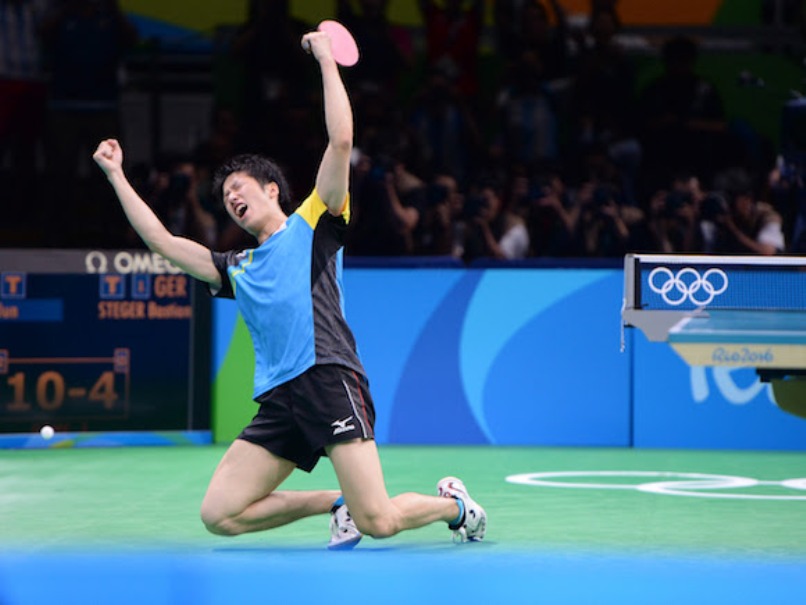 The Japanese team led by Singles Bronze medalist Jun MIZUTANI were committed to avenging their female counterparts’ surprise defeat to the German women’s team in the semifinals last night.

After world number four Dimitrij OVTCHAROV’s opening match 3-0 victory over Maharu YOSHIMURA to give Germany the first point advantage, Japan recovered fast and strong to take the next three matches to advance to the final.

MIZUTANI, who won both his matches, including one against former world number one Timo BOLL joked “We did watch the women’s team last night, it was a very close game. Today we were more motivated to win as payback.”

The eight-time Japanese Champion shared “We have a lot of history with the German team, at the Beijing Olympics and at the 2014 World Team Championships, and we always lost to them. So we were very committed this time in trying to win. I felt that we played ok, and we did expect that if I could win both my singles we will be able to beat them.”

“We came to Rio with the objectives of achieving two medals. With one in singles and now the second is guaranteed, I am very pleased.”

Korea’s JEOUNG Youngsik was the best performer for the Korea Republic, taking two games off Singles Silver medalist ZHANG Jike, pushing the Grand Slam Champion into a five games duel. Despite suffering a relapse of his back injury from his Singles quarterfinals match against Vladimir SAMSONOV, ZHANG’s experience and skills proved too good for the young Korean, prevailing 3-2 (13-15, 13-11, 9-11, 11-5, 11-4) to take the first match for China.

“It was a very difficult game against JEOUNG Youngsik. He was playing so well, I am not sure how I managed to come back and win, but I am very glad I was able to and give my team the start it needed. I played much better in the second half of the match than the first, it took me some time to find my rhythm,” explained ZHANG on his difficulties in his opening match.

“Now we must prepare for the Japan match, as they will be very strong and a tough, physical match.”

MA stated “I prepared really well, I have played JOO for a long time so I am familiar with his game. Jike playing so well inspired me to also play well. It really fired me up. Like played the best game that anyone could ask for. He was amazing.”

“I still need to pay attention for the final as Japan are playing very well, especially MIZUTANI as he won the bronze and is playing the best I have ever seen him play.”

ZHANG teamed up with world number three XU Xin, whom he won the World Championships Men’s Doubles title with, to win the third and decisive point for China to advance to the final.

Though missing out on the Men’s Team final, JEOUNG shared “As Zhang Jike is the 2012 Olympic Champion. I was able to study a lot of his play. Going into the match, I thought I had a chance to win but I didn’t so that’s a pity.”

The world number twelve added “The crowd was very nice and urged me on so I was happy. I feel like I need to train more and study more so I can improve and beat China in the future.”Ã‚Â

The men will take a break tomorrow, 16 August 2016, where the Women’s Team Gold and Bronze medal matches will be played: