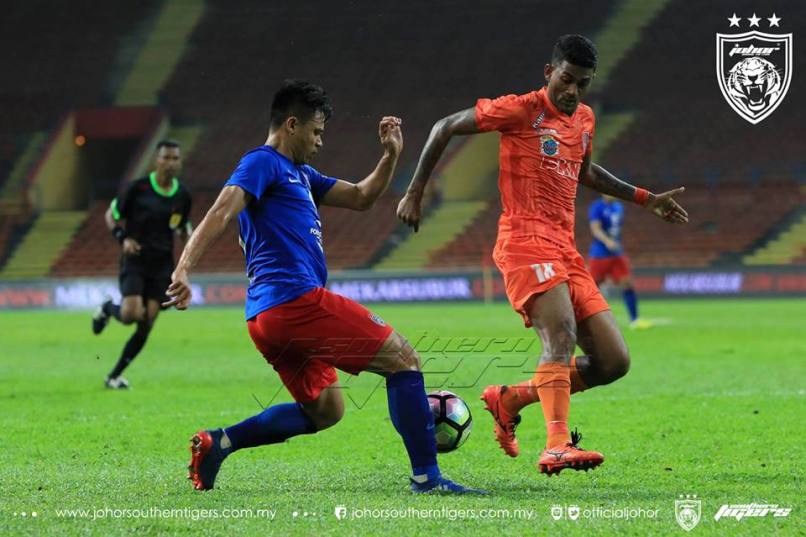 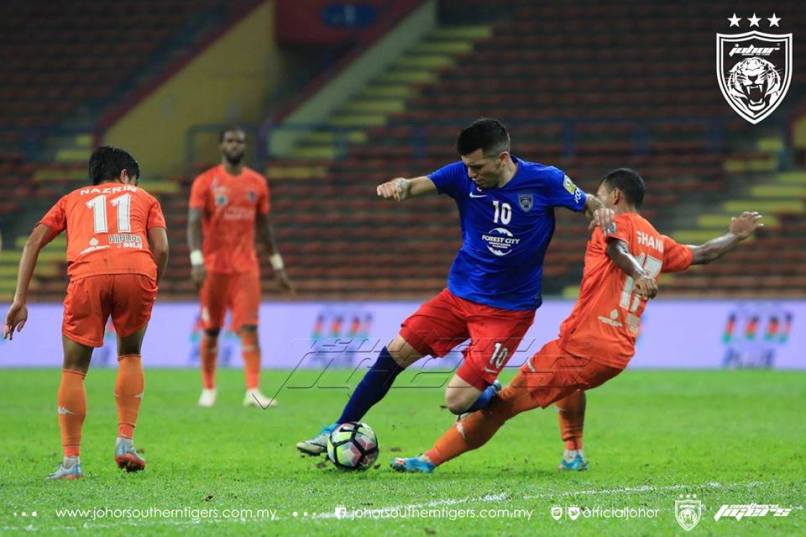 Except for his assist which saw Amirul Hadi score the 78th  minute winner, acclaimed as the highest paid foreign player in the country after his move from Kelantan to Johor Darul Takzim during the second transfer window Lebanese striker Mohammad Ghaddar was “flop” in his new team colours.

The Southern Tigers beat a gritty club side PKNS FC 1-0 in Saturday’s Super League match at the Shah Alam Stadium which stretched their lead at the top of the table to six points – garnering 30 points from 13 matches.

Howevering, JDT coach Benjamin Mora rubbed off Ghaddar’s failure to score from at least opportunities as a learning process for the gifted striker who scored 18 goals for Kelantan in 12 matches.

“Failure to score does not mean Ghaddar failed. Instead, I see him as a player will do well for us. He did enough running and found his way into the box several times but was not able to score…but he did assist in our winning goal and the three points are important to us,” said Mora.

It was a also a “bad return” to their former team for Indonesian Andik Vermansyah and Amri Yahyah as Selangor fell to a 2-0 defeat to Pahang at the Selayang Stadium. Pahang, who lost last week’s FA Cup final to Kedah 3-2, got their goals through a brace by Brazilian striker Matheus Alves (74th, 83rd).

Pahang are now second in the table with 24 points. The win over the Red Giants somewhat for their disappointment of not winning the FA Cup.

FA Cup champions Kedah continued their winning momentum with a 3-0 win over T-Team and in the process exacted sweet revenge for their 5-0 hammering at the hands of the Terengganu outfit in the first round.

Kedah’s hero was their Danish hitman Ken Ilso Larsen who hammered a hat-trick in the first half (12th, 15th and 45th) before limping off with an injury midway in the second-half.

The Red Eagles also have 24 points but an inferior goal difference.

Felda United added more misery to Melaka United with a 3-0 win at the Tun Abdul Razak Stadium in Jengka. It was another blow to Melaka in their stint in the Super League.

Bottom placed Penang stunned Kelantan with a 2-2 draw at the Sultan Mohd IV Stadium in Kota Bahru. New signing Sanna Nyassi hit a brace for Penang with strikes in the 24th and 89th minutes while the Red Warriors scored through S. Thinagaran (27th) and Ashraf Danial (55th). – BY RIZAL ABDULLAH