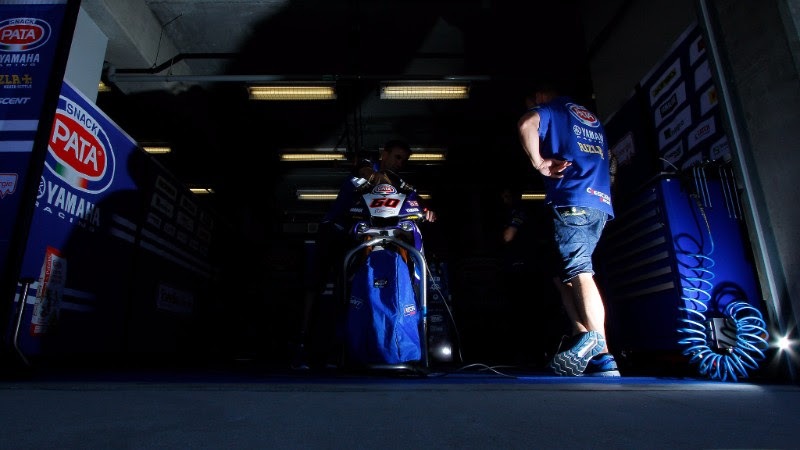 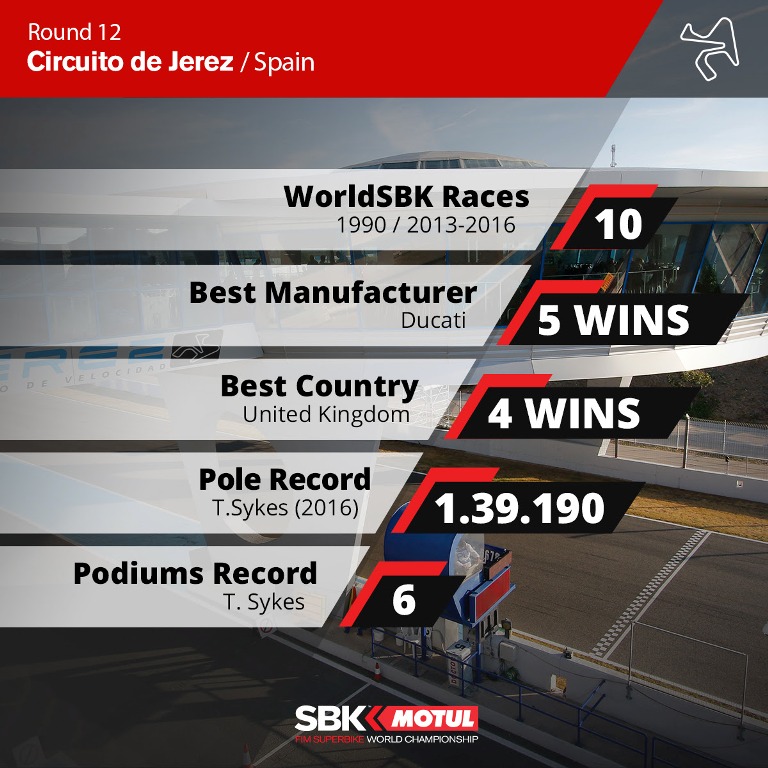 Aprilia holds the record for podium finishes around Jerez with nine, all scored from 2013 to 2015. Their impressive performances include a double in 2013 and a double 1-2 in 2014. Last year they were able to finish in the top-10 with Lorenzo Savadori, who was 10th in Race 2. The four wins for Aprilia here were recorded by Marco Melandri in 2014, and Eugene Laverty in 2013.

BMW stood on the podium here in 2013 with Marco Melandri (2nd), and have scored points in every race since then. Last year their best result was an eighth from Jordi Torres in Race 2.

Thanks to Chaz Davies, Ducati have become the bike to beat in Jerez; the Brit won the last three races, making Ducati the most successful manufacturer with five victories to Aprilia’s four (they had recorded a double with Raymond Roche in 1990). The current pair of Ducati works riders, Davies and Melandri, have won five of the last six races run here, albeit Melandri won for Aprilia (2014).

Four podium finishes have been recorded for Honda at Jerez: the first three came in 1990, while two years ago Michael van der Mark was able to finish third in Race 1. Last year their best result was recorded by the late Nicky Hayden, a fourth in both races. Since 2014, Honda have scored points in all races run here with each bike out on track. They have taken a total of 12 points finishes out of 12 starts, with only one finish outside the top-10, which was 13th from van der Mark in 2015’s Race 2 after a crash.

Despite eight podium finishes at Jerez, which puts them one behind Aprilia, Kawasaki have only won once here, with Tom Sykes in Race 1 two years ago. Last year Rea and Sykes were 2nd and 3rd behind Chaz Davies in both races. In the last two rounds, Kawasaki locked the first two grid spots with Sykes and Rea.

Last year Yamaha was present with a works team here for the first time since 1990, and their best result was a fifth from Sylvain Guintoli in Race 1.