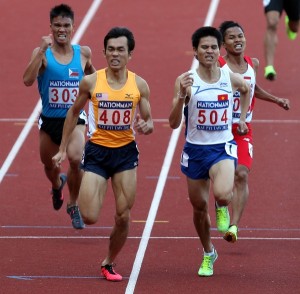 Both winners were selected by the OCM Award Committee after taking into account their two gold medal feat in the recently concluded Myanmar SEA Games, last year.

“This is my first national award after three SEA Games. I am surprised because many more athletes also did well. My target for this year is to beat my personal record in the 50m breaststroke which is 32.15s and reach the finals in Commonwealth Games and Asian Games,” she said after the award presentation.