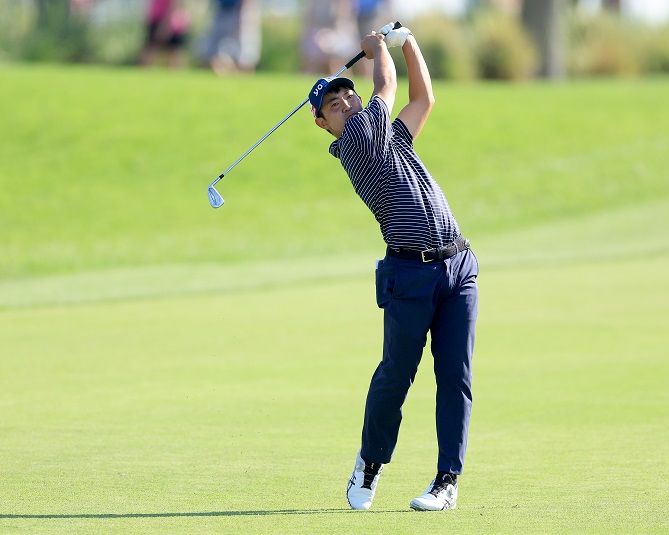 Japanese rising star Takumi Kanaya faces an uphill battle in his debut at the World Golf Championships-Dell Technologies Match Play but knows it presents another opportunity to stamp his mark on the global stage.

The 23-year-old Kanaya, who is a former world amateur No. 1, is Japan’s only representative in the elite 64-man field at Austin Country Club this week following the absence of Masters Tournament champion Hideki Matsuyama, who withdrew to recover from a back and shoulder injury ahead of his defence at Augusta National in a fortnight.

Kanaya has been drawn in a tough group alongside World No. 9 Xander Schauffele, the 23rd ranked Tony Finau and fellow debutant Lucas Herbert where the group winner following the round-robin matches will advance into the round of 32.

“It’s an amazing group of players and I’m going to have to play well in order to continue on throughout the week, and I hope to do just that,” said Kanaya today. “It’s my first match play tournament as a professional and I’m paired in a very strong group. I just hope to play well and have a good week.

“As an amateur, I had many opportunities to play in match play events such as the U.S. Amateur but this one is different. It’s against the best players in the world and each match will have even more pressure. My goal is to play well and make it as far as I can.”

Since winning the 2018 Asia Pacific Amateur Championship and subsequently making the cut at the Masters in the following year, Kanaya’s footsteps have been closely followed by Japanese media.

The slightly built golfer has now won three times on the Japan Golf Tour since turning professional in 2020 and broke into the world’s top-50 at the end of last season to secure a second Masters appearance.

He finished tied seventh at the ZOZO CHAMPIONSHIP on home last October for a career first PGA TOUR top-10 and knows he must continue to improve on all fronts as he seeks to join his close friend and idol, Matsuyama as a PGA TOUR champion.

“It was my first top-10 finish and it really gave me a lot of confidence to know I can compete on the PGA TOUR if I can play the kind of golf that I know I’m capable of. Each tournament I get to play in, I just hope to do my best,” said Kanaya, who faces Schauffele in his first match on Wednesday.

“The level of play on the PGA TOUR is second to none and the golf courses we play on are some of the toughest in the world. I’ve had the opportunity to play in a number of PGA TOUR events but I haven’t had the results that I would have hoped for,” he said.

“This week is another chance to gain even more experience and hopefully prove that I belong out here. I look forward to trying my best and seeing what happens this week.”

After missing the cut at the Arnold Palmer Invitational presented by Mastercard three weeks ago, Kanaya spent some time in Orlando with Matsuyama and also visited Augusta National for a practice round with his caddie. He said it was eye-opening to be around Matsuyama, who is an eight-time PGA TOUR winner.

“Being able to practice with Hideki and watch his technique, as well as being able to pick his brain and ask him questions about how to compete on the PGA TOUR and learn from his experience is invaluable. Hopefully, I can take those things he’s taught me and put them into my game this week,” said Kanaya.