Home 2018 Kedah back in the Malaysia Cup race 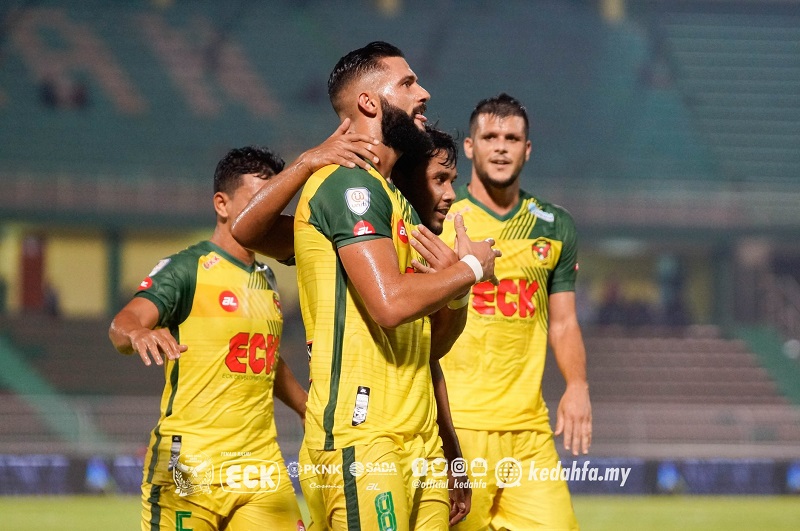 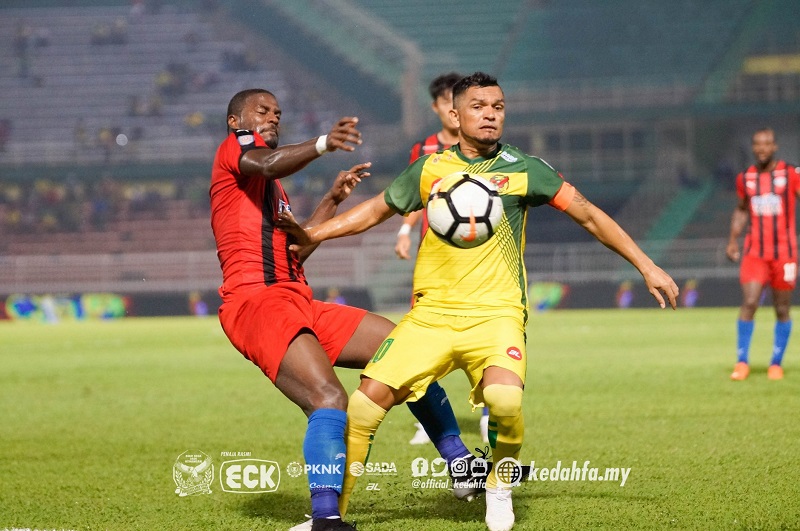 # Krasniqi scores a brace in 3-2 win over MISC-MIFA

# Terengganu held to a 2-2 draw by Felcra at home

Kosovo midfielder Liridon Krasniqi returned to competitive football after a two-month layoff due to injury, with a bang when he fired a brace to help Kedah snatch a 3-2 come-from-behind win over previously unbeaten MISC-MIFA in a Group C Malaysia Cup match on Saturday.

Krasniqi scored his first from the penalty spot in the 43rd minute to wipe out MIFA’s 27th-minute lead through their ace hitman Sean Sherman. Kedah earned the spot kick after Sandro Da Silva was felled inside the box.

He again turned hero for the Red Eagles at the Darulaman Stadium in Alor Setar for Kedah’s equalizer on 57 minutes. MIFA had gone in front on 48 minutes through an own goal by Kedah defender Syazwan Tajudin.

Then skipper Sando lighted up the stadium with a gem of a goal from a free kick in the 66th minute for the much-needed win which moved Kedah into the third spot in the group with four points – the same as second-placed Kelantan who shocked champions Johor Darul Takzim 1-0 at home on Friday.

Despite the defeat MIFA, the surprise package in their Malaysia Cup debut, lead Group C with six points after the completion of first-round matches. JDT slumped to last place in the group with only three points.

“I am not fully fit yet but I needed to play to help my team…and I am glad that I managed to score two goals for our first win,” said Krasniqi in a television interview after the match. 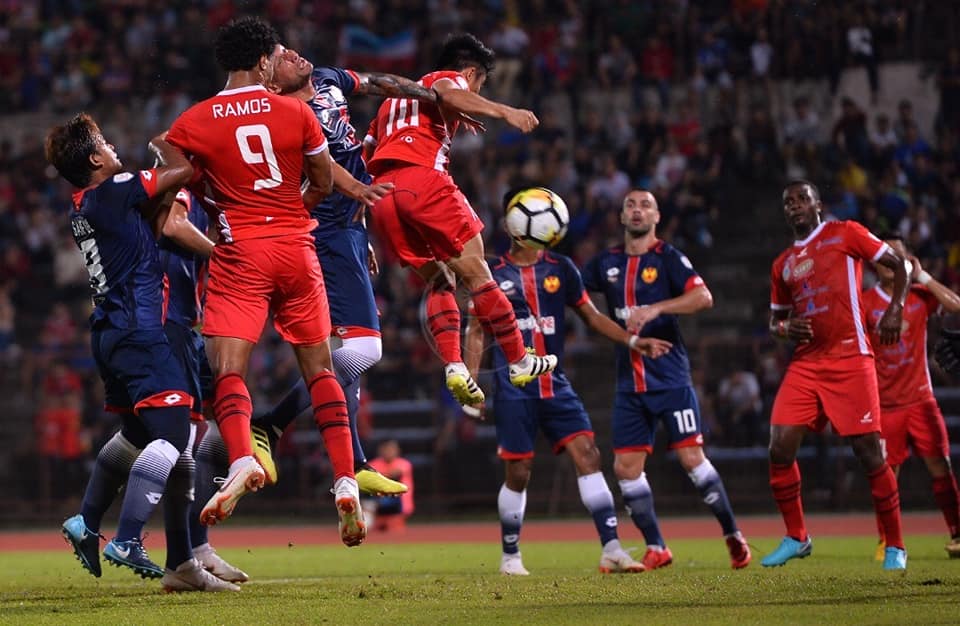 However, Selangor, the 33-time Malaysia Cup champions continued with their miserable run in the competition and went down 1-2 to Sabah in a Group D match played at the Likas Stadium in Kota Kinabalu.

Sabah scored twice in the last 10 minutes of play through substitutes Rahman Shah Marajeh (82nd) and Ricco Nigel Milus (90th) after Selangor had taken the lead in the 79th minute through Sean Eugene Selvaraj.

Pahang, 1-0 winners over PKNP (Perak SEDC) remained on top of the group with seven points on goal difference after three matches – thanks to Matthew Davies 83r minute winner.

Sabah also has seven points from the same number of matches while PKNP is third with three points and winless Selangor at the bottom of the table without a point.

At the Sultan Ismail Nasiruddin Shah Stadium in Kuala Terengganu, it was a disappointing 2-2 draw against Felcra for Group A leaders Terengganu. The Tuttles can thank their lucky stars that Felcra muffed a 53rd-minute penalty when goalkeeper Suffian Abdul Rahman saved Shahrom Kalam’s spot kick.

Former international Ashari Samsudin hit a brace for Terengganu in the 21st and 46th minutes while Felcra replied through Alif Shamsudin (60th) and Abdul Aziz Rahim (90th). – BY RIZAL ABDULLAH