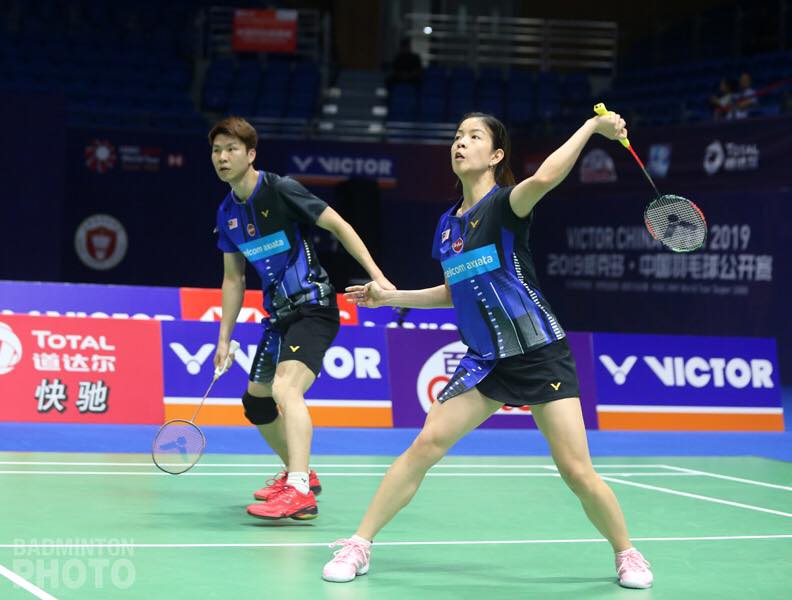 It is their third successive semi-final for the world No 8 Malaysian pair, seeded sixth in Gwangju. The victory at the Gwangju Women’s University was also sweet revenge for Soon Huat-Shevon who lost to the Koreans in the semi-finals in the German Open earlier this year.

In the semi-finals, on Saturday the Malaysian are up against Lee Jhe Huei-Hsu Ya Ching who knocked out another Korean pair Choi Solgyu-Shin Seung Chan also in three games – prevailing 21-14, 15-21, 21-19.

However, it was the end of the road for Malaysian professionals Chan Peng Soon-Goh Liu Ying. The fourth seeds were shown the exit in straight games 17-21, 16-21 in 36 by unseeded Yang Po Hsuan-Hu Ling Fang of Chinese Taipei.

In the men’s doubles, independent pair Goh V Shem-Tan Wee Kiong continued their fine run in Gwangju. The seventh seeds came back strongly from a game down to beat China’s Di Zijian-Wang Chang 16-21, 21-15, 21-16 in 53 minutes.

They face Korean eighth seeds Choi Solgyu-Seo Seung Jae for a place in Sunday’s final. The Koreans shot down the Chinese pair of He Jiting-Tan Qiang 21-10, 21-18. RIZAL ABDULLAH

Inspired Matsuyama ends first day in T2 as he dreams of...