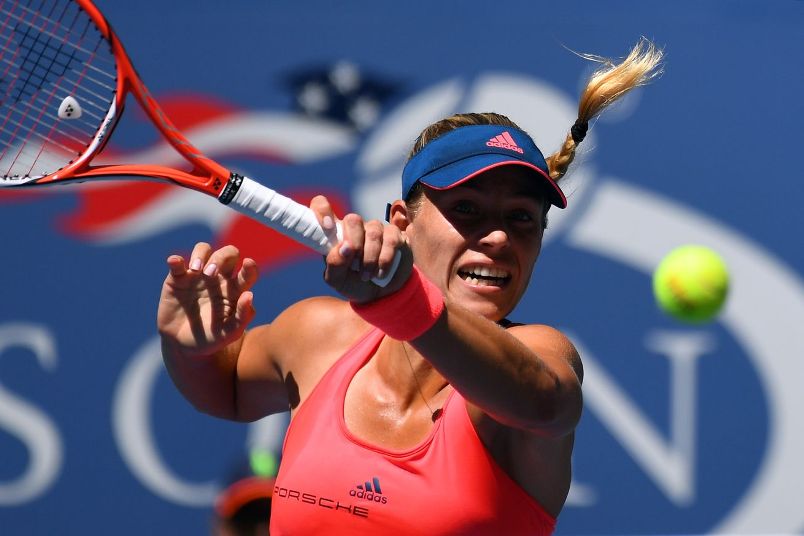 New world number one Angelique Kerber is set to strengthen her grip on the top position at a star-studded Wuhan Open this week after Serena Williams pulled out with a shoulder injury.

Kerber, 28, ascended to the top of the rankings at the US Open, ending Williams’ 186 consecutive week run as world number one — a record she shares with Steffi Graff.

The German looks set to maintain her hold on the number one spot after the veteran American bowed out of the tournament — and the China Open in Beijing the following week — citing an ongoing shoulder problem.

It is the second consecutive year that Williams has been a no show at Wuhan and the China Open.

With Williams staying off the court, the German now has a year-end run as world number one firmly in her sights, capping off a glittering year.

Long established in the top 10, with 10 WTA titles to her name, the 28-year-old had never made it to a Grand Slam final until she swept the crown in Australia at the start of the year.

She then reached the final of Wimbledon, but lost to Williams, before taking a silver medal in Rio.

The German claimed her second Gland Slam title of the year at Flushing Meadows earlier this month in a gritty three-set thriller against Czech Karolina Pliskova.

Wuhan may be the scene for a rematch between Kerber and world number six Pliskova, who are at opposite ends of the draw and could meet in the final.

The world number three has not beaten the Czech since 2013. They most recently met in Cincinnati in August, where Pliskova took just one hour to dispatch the Spaniard in two sets in the semi-final.

Meanwhile, Kerber is in the same half of the draw as two-time Wimbledon champion Petra Kvitova and fourth seed Simona Halep.

Williams is the only player in the top 10 not showing up for the $2.6 million hard court event, which was only added to the WTA calendar in 2014.

Her sister Venus won last year’s tournament, and returns this week to defend her title.

The Wuhan Open — now in its third year — was established on the back of the success of hometown girl Li Na — a two-time Grand Slam winner and China’s only world number one until her retirement in 2014. – Agence France-Presse