YB Khairy Jamaluddin, the Minister for Youth and Sports, is confident that both the aquatic centre and also the badminton hall will be delivered on time and ready for the SUKMA 2014 at the end of the month.

Khairy was in Kangar this morning to receive reports and also inspect the venues for the 17th edition of the SUKMA which Perlis will be hosting on 24 May to 4 June.

“I have to give my congratulations to YAB Azlan Man, the Menteri Besar of Perlis and also YB Jamil Saad, the Exco for Youth and Sports who came to inspect the venues every day. A lot of progress has been made since my last visit,” said Khairy.

“Initially, we were of course worried but after getting the reports from JKR and also the contractors, we are a little bit relieved. From the JKR report, the aquatic centre is 73% ready while the badminton hall is at 69% completion.

“I have been told by the SUKMA secretariat, the contractors and also JKR that they will be ready in time for the SUKMA and that we can use them for the event.

”But at the same time, Khairy pointed out that he hopes that the delivery of the venues can be done soon which is on 15th May 2014, so as to ensure that they get the certificate of fitness and also be given approval by the relevant authorities.

“They must deliver. I don’t want to say when they do not deliver,” added Khairy. “We have plan B of course but we want to have all the events in Perlis because the SUKMA this year is in Perlis.”

Khairy admitted that should the venues of both the badminton hall and also the aquatic centres could not be used for whetever reasons, then the indoor hall at UNIMAP will take over hosting the badminton event while the Aquatic Centre in Alor Star will take over.

“The aquatic centre should be ready for sure but badminton we have the plan B, but we will chase them nonetheless,” he said.

“Other than inspecting the venues, I also received reports in as far as F&B, accommodation, transportation, IT system, equipments and others are all at the level which we want them to be at this point in time.

“So we are looking at another successful SUKMA which not only Perlis but also the whole of Malaysia can be proud of.” 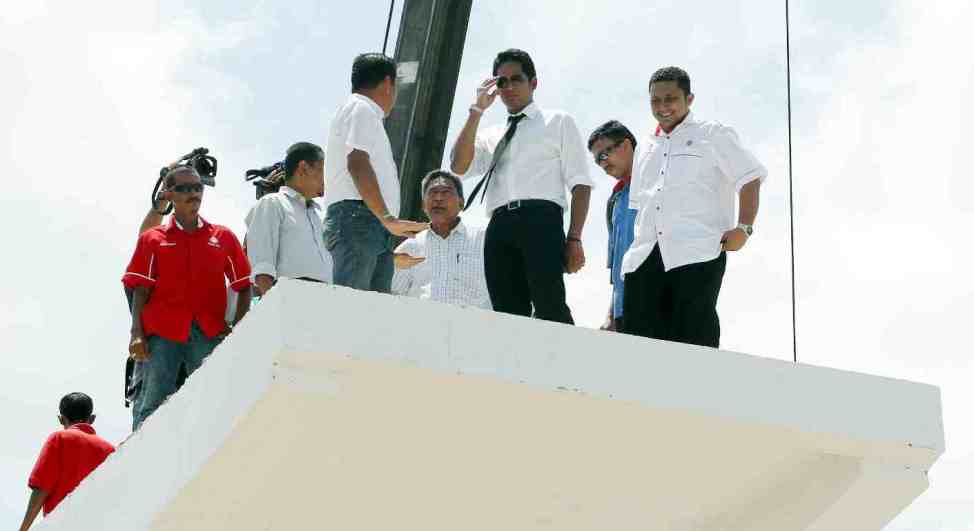