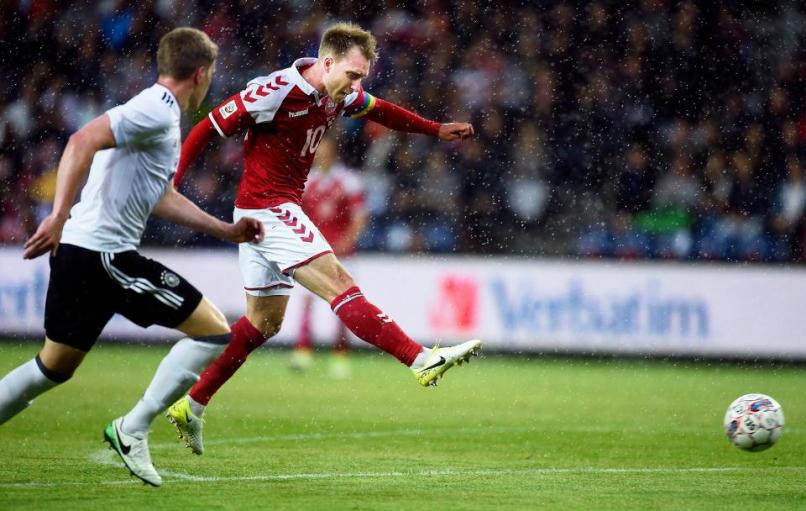 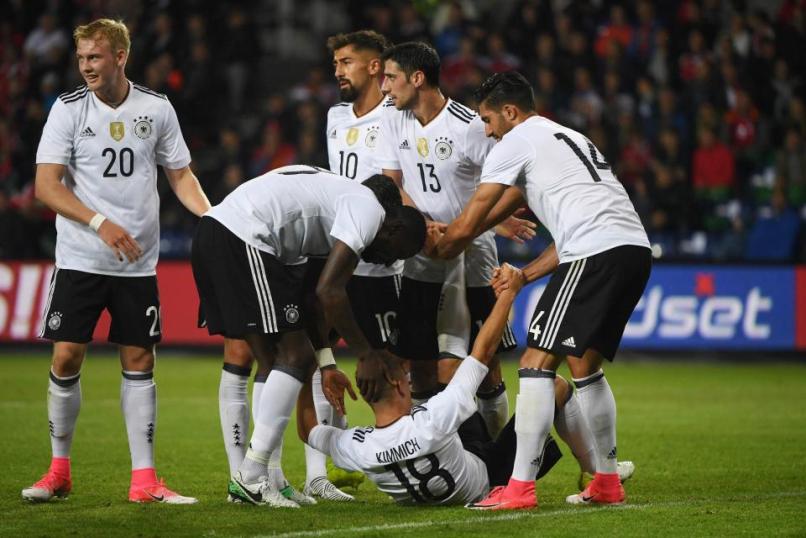 Bayern Munich right-back Joshua Kimmich earned Germany a 1-1 draw against Denmark on Tuesday with an acrobatic bicycle kick in a warm-up for a World Cup qualifier and Confed Cup campaign.

And a lacklustre Germany were trailing for much of the game after Tottenham Hotspur midfielder Christian Eriksen put the hosts’ into a 19th minute lead.

But Kimmich, who spent most of the season on champions Bayern’s bench, spoilt the Danes’ night with the equaliser two minutes from time.

It was a goal worth waiting for too, a spectacular acrobatic overhead kick.

Making his Germany debut Paris Saint-Germain keeper Kevin Trapp had an early chance to press his case when denying Bundesliga-based Jannik Vestergaard’s volley on the quarter of an hour.

But he was unable to stop Eriksen putting Denmark into the lead four minutes later after a defensive slip-up.

It took Germany half an hour to produce their first shots on target from Leon Goretzka and Trapp’s PSG teammate Julian Draxler.

But under persistent rain in the Copenhagen suburb Lowe’s men were finding it difficult to get out of first gear.

Loew said there was “more good than bad” in his side’s performance.

“It was a decent preparation. We’d only had one training session before the game, so I was totally satisfied.”

His Denmark counterpart, Norwegian Age Hareide commented: “We put up a solid resistance, in the first half especially on the counter attack was very good.”

Germany have a 2018 World Cup qualifier date with minnows San Marino in Nuremberg on Saturday before the Confederations Cup begins in Russia on June 17.