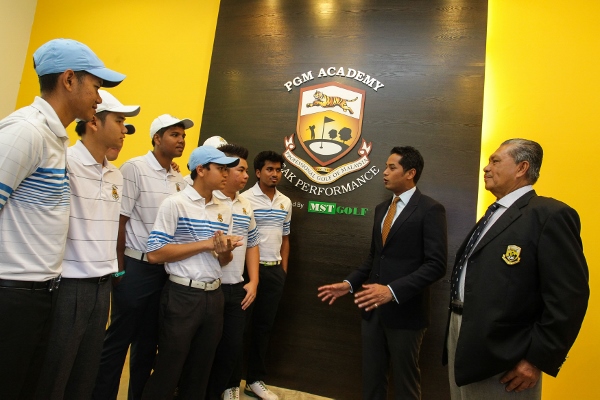 FORMER head coach Datuk Misbun Sidek is sure to have Sports Minister Khairy Jamaluddin’s backing should he return to the Badminton Association of Malaysia (BAM) to spearhead the association’s national training centre.

He said: “If BAM choose Misbun…he’s a great coach and has a proven record, having produced many world class players.

“But for this post, I will leave it to BAM to make the decision. Misbun himself is not sure of returning.”

World No. 1 Datuk Lee Chong Wei was the first to openly back his former maestro for the supremo post and it was reported he proposed Misbun to BAM.

He is said to believe Misbun is ‘the one’ who is capable of injecting new life into Malaysian badminton.

Separately, Khairy has also given assurance the Olympic Council Malaysia (OCM) will continue to fight for the inclusion of karate at the 2015 Singapore SEA Games.

The SEA Games Federation (SEAGF) Sports and Rules Committee held a meeting two days ago in Singapore and have agreed to include six additional sports but karate was left out.

“The SEAGF have not decided on the final list of sports for the 2015 SEA Games, it will only be finalised on Apr 29,” explained Khairy.

“The OCM, led by its vice-president Datuk Low Beng Choo, didn’t fail in their job in Saturday’s meeting.

“I was made to understand Singapore’s karate federation had some issues with their country’s Olympic Council and that’s one of the reasons why karate was not listed.”