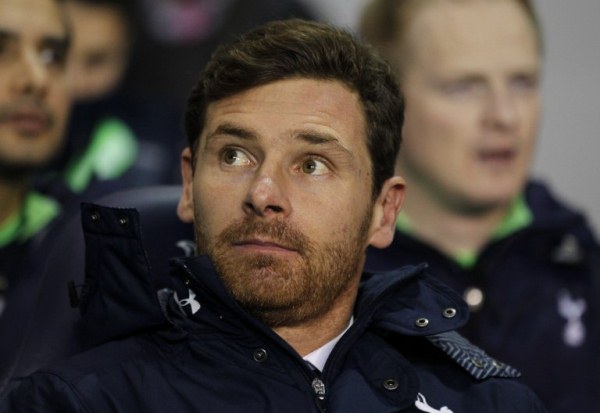 EARNING HIS ‘SPURS’: Former Tottenham coach Andres Villas Boas has been given the honour to announce the Laureus World Sports Awards in KL next month.

THREE of the greatest sportsmen in the world will be in Malaysia later this month to announce the nominees for the Laureus World Sports Awards.

The announcement will be made in Kuala Lumpur on Wednesday, Feb 26 – exactly one month before the 15th edition of the awards are staged in the Malaysian capital.

The Laureus Awards, which recognise sporting achievement during the calendar year 2013, is the premier honours event on the international sporting calendar. The winners, as voted by the Laureus World Sports Academy, the ultimate sports jury, made up of 46 of the greatest sportsmen and sportswomen of all time, will be unveiled at a globally televised ceremony.

Laureus ambassador and Malaysian squash legend Nicol David, seven times world champion, said: “I’m so excited the Laureus World Sports Awards are being held in KL, Malaysia, my home country. I know KL will host a great ceremony. Everyone in my country loves sports and I can promise a really wonderful Malaysian welcome.

“My friends and all my fellow sportsmen and women are already talking about how wonderful it’s going to be next month. I promise everyone this is going to be just the most amazing evening and I’m looking forward to personally welcoming everyone to KL and Malaysia.”

Among the sporting greats who have been named in the past as winners of awards over the 15 years of Laureus have been Usain Bolt, Roger Federer, Pelé, Michael Schumacher, Kelly Slater, Serena Williams and Zinedine Zidane.

Dato’ Seri Mohamed Nazri, Minister of Tourism & Culture of Malaysia, said: “Kuala Lumpur is honoured to have been given the privilege of hosting the prestigious Laureus World Sports Awards and the city looks forward to staging this internationally-renowned event and welcoming a plethora of sporting legends to Malaysia. This is a sports-loving country and I can promise warm Malaysian hospitality awaits all our guests.

“I’m positive this will be an event to remember for all involved.”