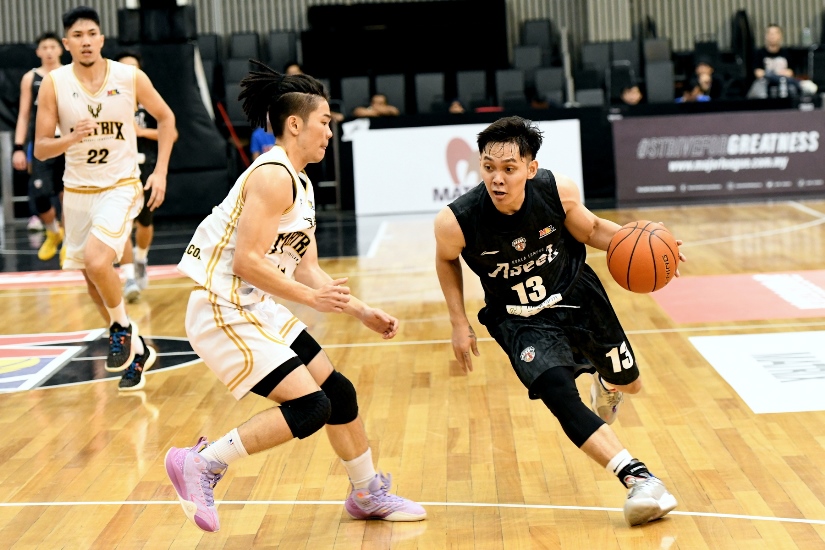 It was a historical night for the KL Aseel organisation as they defeated the giants of Malaysian basketball NS Matrix for the first time ever with an outstanding 83-70 win.

Coming up against their opponents with eight players just returning from Mongolia last night, KL Aseel had the better first quarter with seven points from Wee Yong Gan helping them to a 24-18 first-quarter lead.

NS Matrix continued to struggle in the second quarter, shooting poorly and failing to stop the crafty offense of Jun Manzo who dropped nine points to push the lead to 11 at the half.

KL Aseel pushed the lead to as high as 15  but a trio of three-pointers from Chang Zi Fueng helped NS Matrix trim the lead to nine, forcing a timeout by KL Aseel.

KL Aseel continued their excellent form, starting the fourth quarter with a 13-0 run to balloon the lead to 25, effectively ending NS Matrix’s hope for a comeback as KL Aseel cruised to the 83-70 win.

The Player Of The Game was Filipino guard Jun Manzo with 20 points and 5 assists on an efficient 60% shooting game.

It was a woeful night for NS Matrix, shooting 20% from three and allowing 26 points from 22 turnovers.Ting Chun Hong, Liew Wei Yuong and Chang Zi Fueng had 17,14 and 12 points each.

Overcoming their opening day heartbreak, it was Brunei Pegasus Sports emerging the victors today with a 69-68 win over Singapore Adroit in a truly nail-biter.

Pegasus’s Ryan Smith (23 points and 23 rebounds) and Lee Jia Jun with 13 points. Adroit’s top performer was Charles Garcia with 30 points and 11 rebounds. The Singaporeans remain in search of their first win on Malaysian soil in 2022.

Johor Southern Tigers held back Sunrise Youngster’s late push to earn their second win of the season with a 90-82 victory over the team from Penang.

The Player Of The Game was once again Tevin Glass with an all-round performance of 20 points, 20 rebounds, Apisittinan Dasom and Lim Chee Wei also impressed with 16 and 11 points each.

Sunrise Youngsters complete Circuit 1 with a 1-2 record. Their best performers were Jean-Luc Morel with 20 points, 13 rebounds and 4 blocks and Kittitep Dasom with 16 markers.