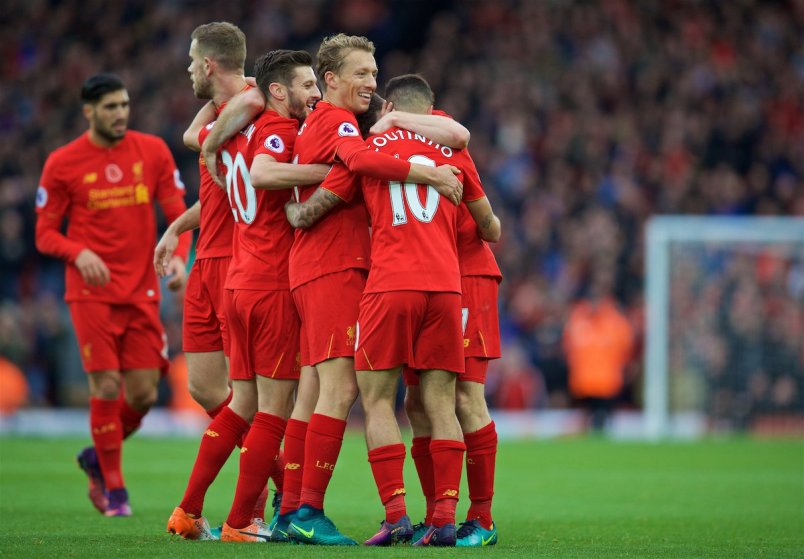 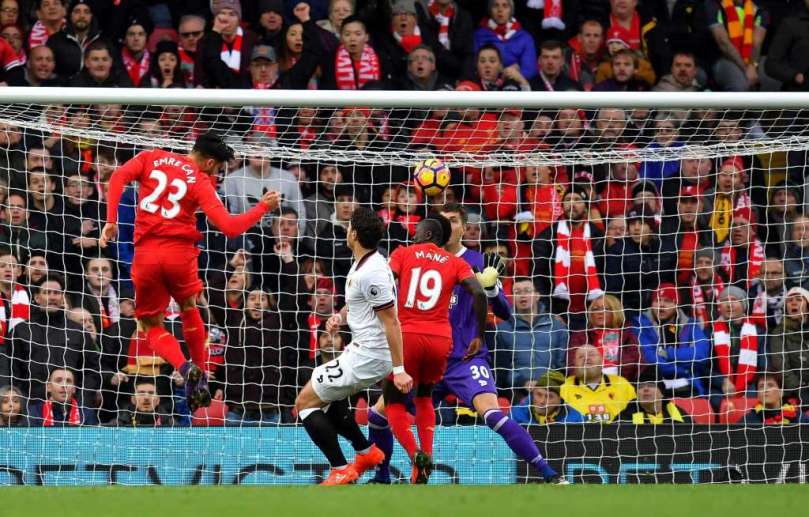 Liverpool manager Jurgen Klopp has urged his players to “be cool” after his side went top of the Premier League for the first time since he arrived at Anfield.

Klopp watched Liverpool produce one of their most emphatic displays of the season as they thrashed Watford 6-1.

Sadio Mane scored twice while Philippe Coutinho, Emre Can, Roberto Firmino and Georginio Wijnaldum also got their names on the scoresheet as Liverpool produced the kind of performance that will further fuel title talk.

However, Klopp was keen to urge caution despite the fervour whipped up by the red half of Merseyside, who have not seen Liverpool win the league title since 1990.

“If somebody thinks being one point ahead after 11 matchdays is a big sign for the rest of the season, I can’t help this person, so sorry,” Klopp said.

“We stay cool, it’s the best position I can imagine, nothing else happened. We didn’t speak one word that Arsenal drew against Tottenham, not one word about the possibility of being top of the table.

“The only thing you can do is work and stay concentrated, because a lot of different things could happen in the next few weeks and months. No matter how positive they are is up to us, actually.”

Klopp insisted that the extra scrutiny on his side as they head into the international break top of the pile for the first time since May 2014 will not affect them.

“Never write Manchester United off. Tottenham, good side. I’m not sure if I’ve forgotten anybody but there’s a lot of really good teams around.

“You can play a really good season and when they are better what’s possible is you could be fifth or sixth and no one would be really happy.

“Stay cool, take the things like they are, play your best football and win football games. That’s the only thing you can do.

“When I came here I asked for time, patience, belief, a lot of things. Now after 11 matchdays everybody is asking for guarantees and they are not there, there’s no guarantees.

“The only thing we obviously have is a pretty good football team, let’s try to use it.”

While Klopp was keen to take the sting out of any title talk, Watford manager Walter Mazzarri was happy to rank Liverpool as his favourites.

Watford have played Arsenal, Chelsea and Manchester United this season but Mazzarri was adamant where Liverpool are in the pecking order for Premier League title challengers.

“From the teams we have played against, there is no doubt they are the team I am most impressed with,” said the Italian.

“If they continue like this, they are number one in my list for winning the Premier League.

“I am very very impressed, not only tactically but on their running, their pressing, they are really a great team.”

Watford lost goalkeeper Heurelho Gomes to a injury in the 33rd minute of the game and the Brazilian left Anfield his knee heavily strapped up, although Mazzarri does not know the extent of the blow.