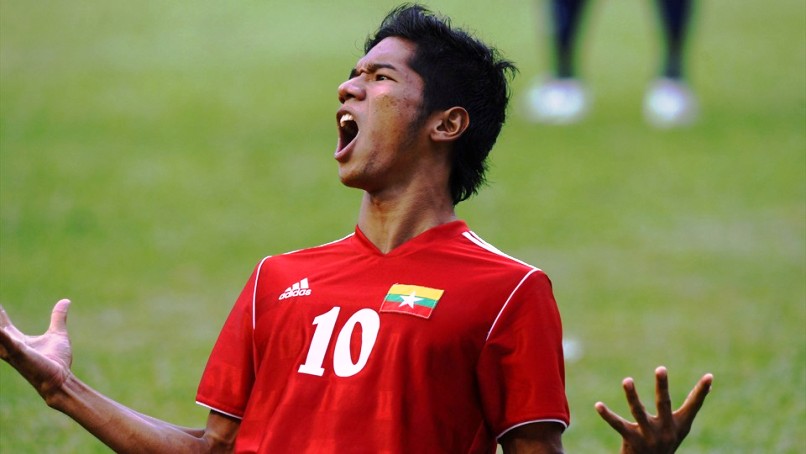 Star striker Kyaw Ko Ko and midfielder Thiha Zaw have been left out of the Myanmar squad that is currently training in Europe as they look to put up a stronger performance for the AFF Suzuki Cup next month.

Myanmar – who will be co-hosting the AFF Suzuki Cup this year with the Phlippines – have been playing in a string of friendlies and where they will continue to do so against clubs from the Netherlands, Belgium, Cyprus and Italy.

They have played in four matches thus far, with a record of one win, one draw and two losses with the only win coming off the 1-0 victory against Ducth Division Two side VVV-Venlo.

The decision to leave out the duo was made by head coach Gerd Zeiss.

But whether Ko Ko – regarded as Myanmar’s best forward at this point in time – and Thiha will continue to be left out of the Myanmar squad remains to be seen.