Home 2021 Korea’s Lee two back after flying high with two eagles at Travelers... 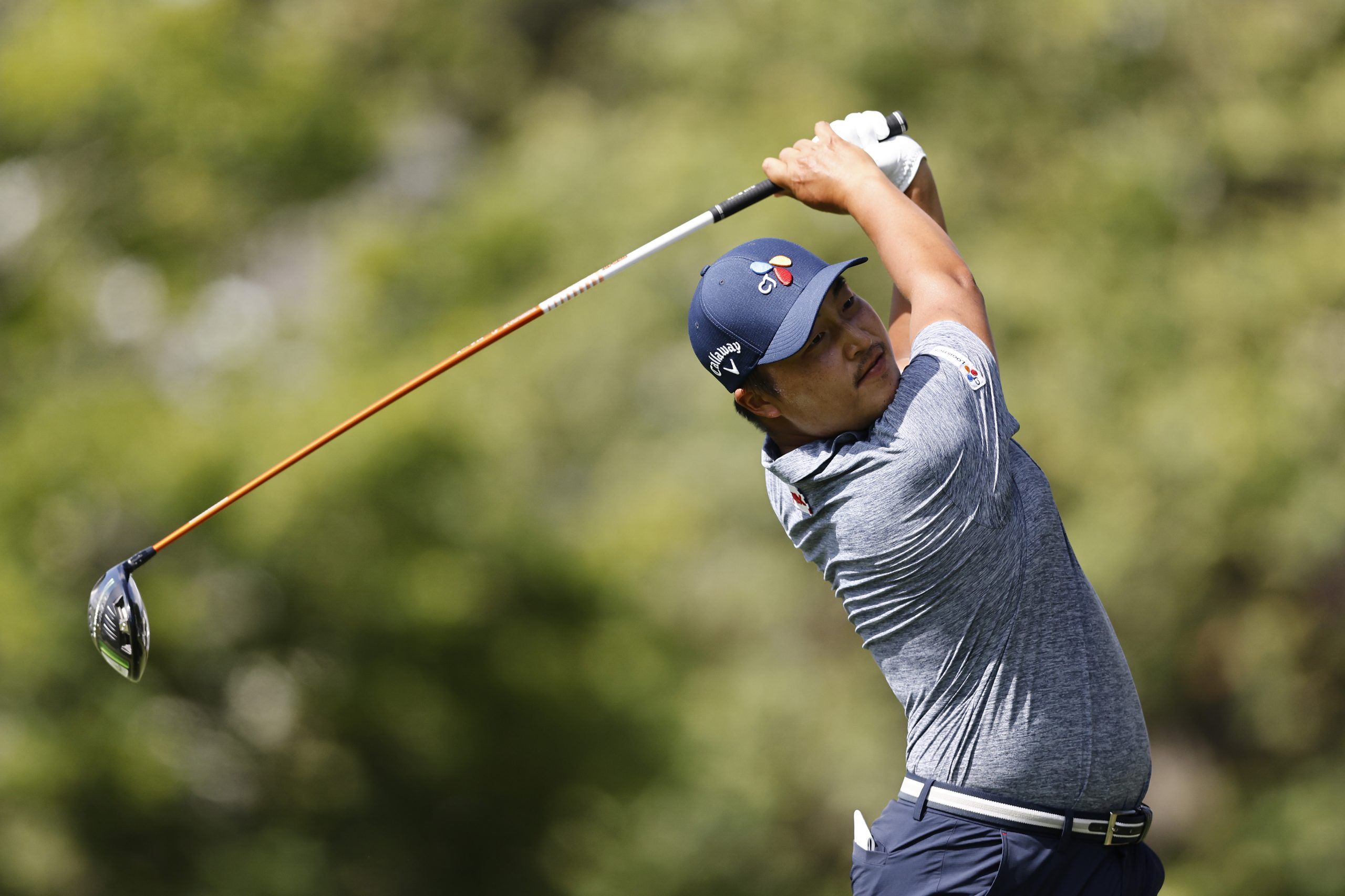 Korea’s K.H. Lee brilliantly sank two eagles for the first time in a round on the PGA TOUR en route to a 6-under 64 which propelled him into contention at the halfway stage of the Travelers Championship on Friday.

The 29-year-old Lee, who broke through for his first TOUR win at the AT&T Byron Nelson last month, rolled in a 33 feet putt for eagle on the par-5 13th hole and then chipped in for a two on the par-4 15th hole at TPC River Highlands to post a career low 9-hole score of 29 after starting his day from the 10th tee.

His two-day score of 7-under 133 left him two shots behind new leader Jason Day of Australia, who fired a stunning 62 despite playing with a stiff back. Day, chasing a 13th career win and first since 2018, leads by one stroke from Bubba Watson (66) and Kramer Hickok (69), with joint overnight leader Satoshi Kodaira of Japan falling four strokes behind following a 72.

“I started very nicely, then I could keep that momentum until the end of the day to have a good round. I made birdie, birdie (on 11 and 12) and eagle, and then another chip-in eagle. I was on a good flow and I could finish this round happy.”

Lee’s two days at TPC River Highlands has promptly erased the disappointment of missing the halfway cut at the U.S. Open last week which he was keen to make an impression after securing his first TOUR victory in May. This is his third appearance at the Travelers where he finished T13 in 2019 but missed the cut last season.

He credited his putting for his hot streak. “My putting was great. I did not expect to make that long eagle putt on 13. I think that was a lucky bonus for me, and it gave me some good energy and momentum to play well. When you have a chip-in eagle, you always feel lucky. It was a super front nine for me. I hope I can continue to play well until Sunday,” said Lee, who is presently ranked 33rd on the FedExCup standings.

Two birdies on Hole Nos. 11 and 15 helped Kodaira salvage a 72 and prevent him from tumbling out of contention after he turned in 39 with a double bogey and two bogeys. He shot a career low 63 on Thursday to share the lead and is bidding to win for a second time on the PGA TOUR.

Day, a former World No. 1, notched eight birdies against no bogeys to hold his first 36-hole lead in a non-major since the 2017 AT&T Pebble Beach Pro-Am.

“Sometimes when you do have sort of an injury or stiffness, even if you’re sick, sometimes you can come out and play some good golf. I was fortunate enough to not really get in my own way today. Hit a lot of good quality drives and my tee to green was pretty solid, I thought. Then holed a lot of crucial putts out there. So that’s what kept everything rolling, which was nice,” said Day.