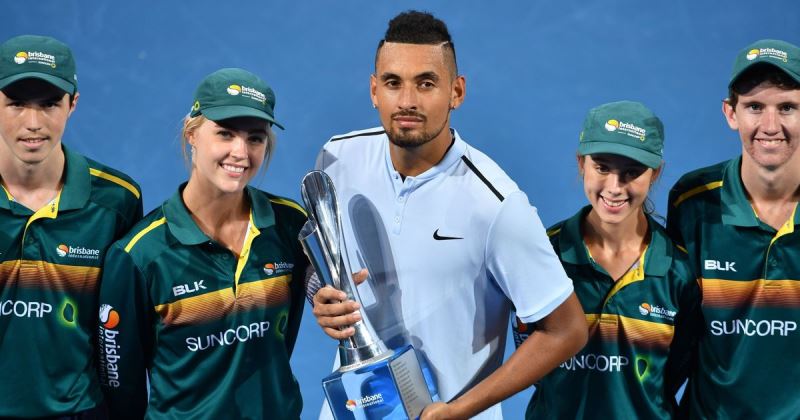 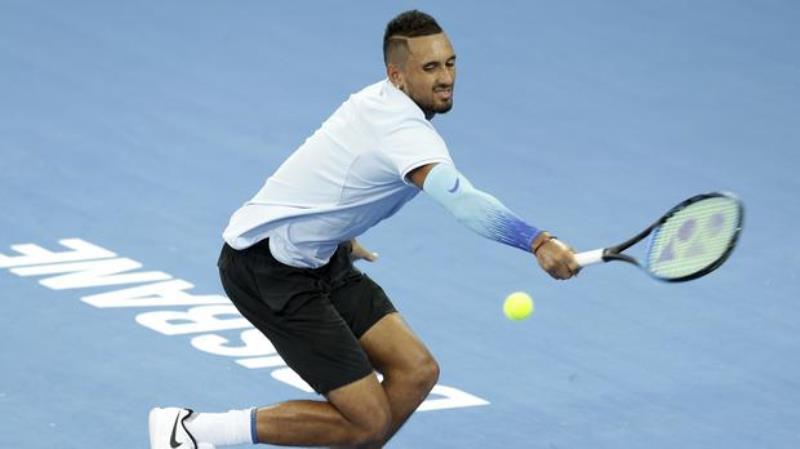 Nick Kyrgios was at his brilliant best as he downed American Ryan Harrison to claim the Brisbane International in straight sets on Sunday.

The 6-4, 6-2 win was the third-seeded Australian’s fourth title on the ATP tour and his first on home soil.

“But as the week went on, I felt that I was serving a lot better, hitting the ball better. And I knew today was obviously a great opportunity.”

Kyrgios is a polarising figure in Australian sport — his superb tennis skills are often marred by poor behaviour on court.

But the packed crowd at the Pat Rafter Arena saw only his brilliant side, with Harrison having no answer to the mercurial Australian’s huge serve and stunning all-court play.

Kyrgios beat top seed and world number three Grigor Dimitrov in the semi-finals and if he maintains form and motivation, he will be a major threat at the Australian Open this month.

“Even if I had lost the first round here, I would probably still feel good next week, going into next week,” he said.

“But obviously, just playing a lot of matches, that’s confidence for any player.

“Right now it’s all about recovering and feeling the ball for the Oz Open. Because obviously I’m playing well under pressure and in pressure situations.”

After struggling with his first three service games when he had to defend five break points, Kyrgios lost only one point on serve after that.

He fired down 17 aces in the two sets while Harrison’s normally strong serve began to falter.

Kyrgios broke Harrison in the seventh game of the first set to take the opener in 36 minutes, at which point the American left the court to change his clothes.

Kyrgios complained to the umpire about the length of time Harrison was taking.

But the delay did nothing to upset Kyrgios’s rhythm and he broke Harrison twice more to take the title in one hour and 13 minutes, fittingly winning the title with an ace.

Kyrgios and Harrison have a history of bad blood dating back to 2015 when in a match against Stan Wawrinka, Kyrgios told the Swiss star that fellow Australian Thanasi Kokkinakis had slept with his girlfriend.

A week later Harrison and Kokkinakis had to be separated by officials during a fiery match, with Harrison reportedly saying “Wawrinka should’ve decked Kyrgios and I should deck that kid.”

Harrison conceded later he had his chances but Kyrgios was just too good.

“I thought that he hit his spots really well, especially on big points,” Harrison said.

“And, you know, sometimes it goes like that. I mean, you got a guy who serves that well, you’re not going to get looks on every service game. My chances happened to be early in the match, and then he converted his chances.”