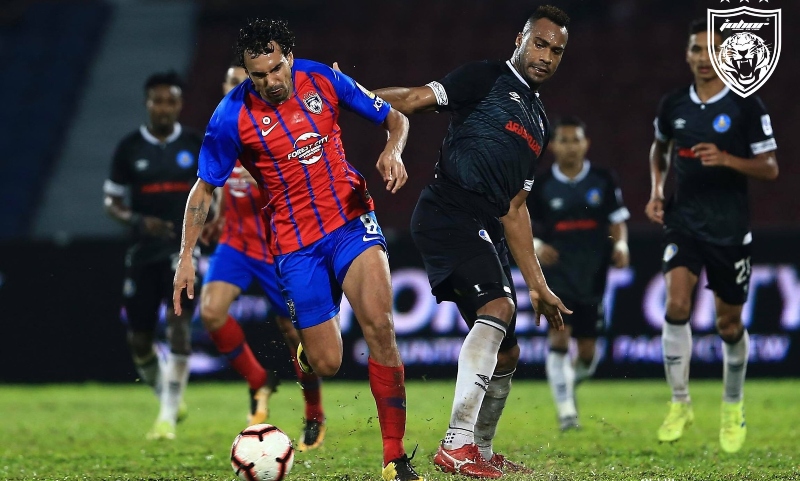 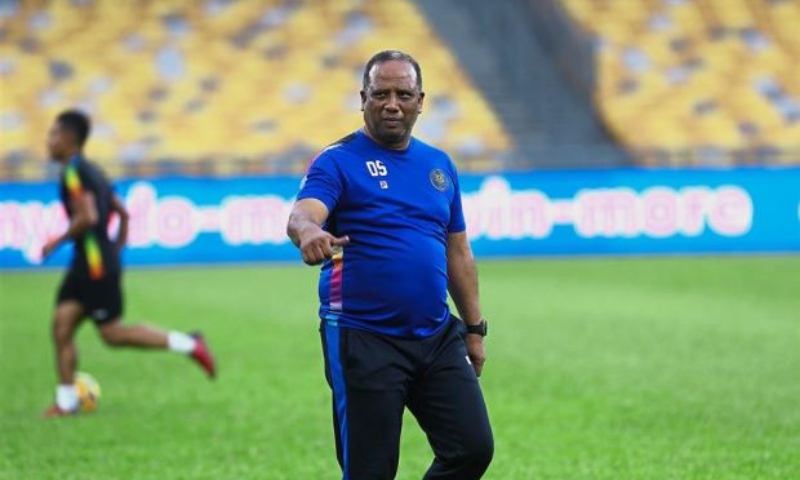 Pahang head coach Dollah Salleh is disappointed that his team let Johor Darul Takzim walk away with a 2-0 in Tuesday’s top of the table clash at the Larkin Stadium in Johor Bahru – a win which has out the Southern Tigers on the threshold of winning the League Cup for a sixth consecutive year.
The former international, however, is not giving up and instead looks positively in making up the eight-point gap between the two teams at the top. JDT have 33 points after gaining “three precious points” at Larkin while Pahang remained in the second spot on 25 points after 13 matches.
“We lacked discipline at the back and this made things a little easier for JDT get the goals. An early yellow card to Pahang’s Singaporean international Safuwan Baharudin also affected the player’s performance as he was afraid to get a second booking and the sack,” said a disappointed Dollah.
If there is a consolation for Dollah and his Elephants, they are still in the hunt to retain the FA Cup and will play Perak in the two-leg semi-finals apart from the fading hopes of winning the League Cup. There is still the Malaysia Cup to play for.
“I am also disappointed that the players did not play to instructions. We gave JDT too much space and our opponents were freely sending in the crosses from both flanks. Pahang paid a heavy price for this.”
In the same breath, Dollah admitted Dickson Nwakaeme’s absence had a telling overall effect on the team.
“Dickson is a player who can control the ball and motivate the players when the chips are down. This was missing against JDT,” added Dollah. – BY RIZAL ABDULLAH
- Advertisement -