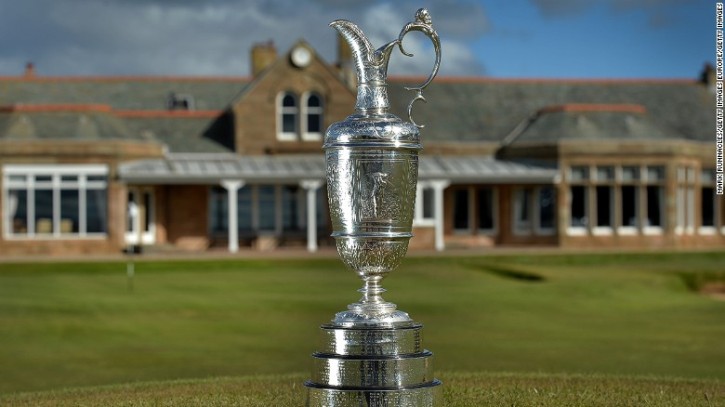 Indian star Anirban Lahiri will be aiming for a summer to remember as he prepares to tackle three of the biggest tournaments of the season starting with The Open at Royal Troon next week.

The reigning Asian Tour number one is keen to hit top form ahead of the year’s third Major at the famous Scottish links from July 14 to 17, followed by the PGA Championship in Baltusrol two weeks later and the Olympic Games in Rio de Janeiro in mid-August which concludes a frenetic month of golf.

Lahiri, 29, will make his fourth appearance at The Open where he enjoyed a tied 31st outing in his debut in 2012 which included a magical hole-in-one during the third round and equal 30th last year.

“The Open is truly a special tournament,” said Lahiri. “I’ve had a couple of decent outings but feel like I missed out both times on a top-10 finish. Hopefully Troon suits my eye and I can play consistently throughout the week. A top-10 or better would be my goal this year,” added the Indian.

From the time he holed out his tee shot for the ace in 2012 and celebrated exuberantly with caddie and father who was watching from the galleries, Lahiri has cherished the challenge of links golf, which he hopes will spark his return to top form.

Competing in his rookie season on the PGA Tour in the United States, Lahiri has missed only four cuts from 17 starts, but has only registered one top-10 to his name. Competing on a new golf course every week has been his biggest challenge.

“I like playing links courses. You have to be creative and strategically efficient to play well on them. Also I am comfortable flighting down my ball-flight which is a must in windy conditions,” said Lahiri.

“It’s been a very slow and sluggish season. I have been inconsistent and have got off to good starts on a few occasions only to have a disappointing weekend. It’s frustrating when your ‘A’ game feels right around the corner but does not show up as frequently as you would like.

“In any case the first season on a new tour is always the toughest and I’m satisfied that I am in a good position to keep my playing privileges for next year. Still, I would like to finish the season with a win and contend a few more times in the coming weeks.”

The Open, world’s oldest championship, will herald a busy run which includes the final Major of the year in the U.S. before golf’s return into the Olympic Games after a 112-year lapse which Lahiri is excited about the opportunity to represent India.

He is also hoping to shine again at the PGA Championships where he announced his arrival on the global stage with an impressive top-five finish last year. With a crowded schedule, Lahiri will place importance in keeping his energy levels at a sustainable pace.

“Managing energy levels and conditioning are a big challenge this season. I will look to skip a few events leading up to the big ones if I feel like I need to take a break,” said Lahiri.

“My coach will be here in America for two weeks to work on all aspects of the game and sharpen it up for the Majors and the Olympics. Hopefully I can pace myself just right to peak during the Majors and Olympics. That’s the goal.”

Spearheading a new and exciting generation of golf stars emerging from Asia, Lahiri these days speak about contending and winning the Major championships rather than just being a bit-part player.

“There can be no greater joy than hearing your name as “the Champion Golfer of the Year!” said the Indian.