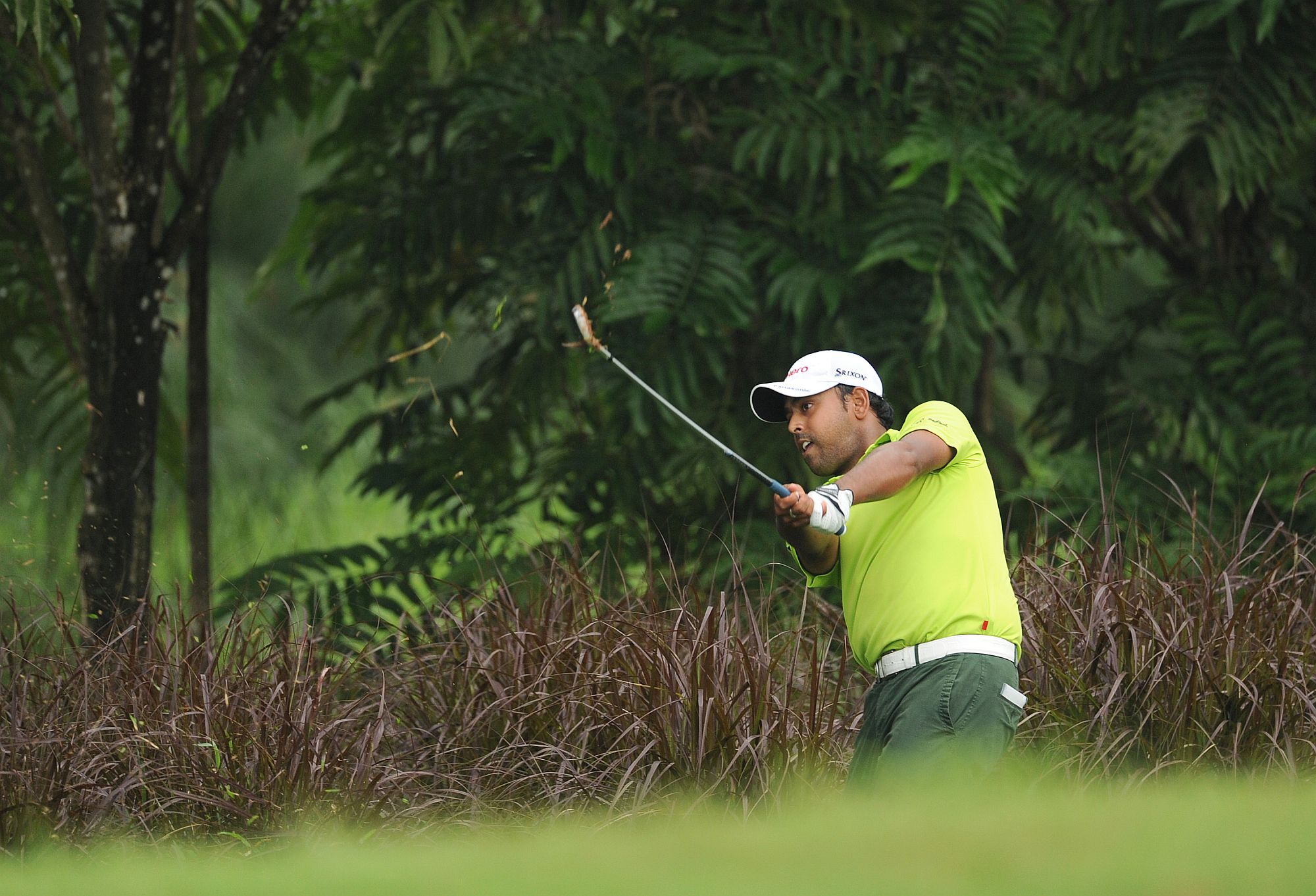 India’s Anirban Lahiri charged into contention at the US$3 million Maybank Malaysian Open, shooting a stunning 10-under-par 62 on Saturday to trail third round leader Bernd Wiesberger of Austria by five shots.

Lahiri, who finished second on the 2014 Asian Tour Order of Merit, fired 10 birdies which included a classy outward 30 to establish the low round at the Kuala Lumpur Golf and Country Club’s West Course since it reopened from a major refurbishment in 2008.

Wiesberger, who has finished top-six in his last three events in the Middle East, extended his fine form with an equally impressive 63 where he began his round with five opening birdies to lead by two from Alejandro Canizares of Spain, who shot a 68 which included an eagle two.

Co-overnight leader Lee Westwood, bidding to win the Maybank Malaysian Open for a third time, and Paul Waring will enter the final round three shots back at the prestigious championship sanctioned by the Asian Tour and European Tour.

Left-hander Paul Peterson of the United States, who finished 22nd on the Order of Merit last year, posted a brilliant 64 to move to sixth position in his first appearance in the Malaysian Open, which Maybank is celebrating its 10th year as title sponsor.

The 27-year-old Lahiri, nine shots off the pace at the start of the day, simply came out swinging freely on a steamy day in the Malaysian capital to put himself in contention to win his sixth Asian Tour title, but first co-sanctioned win.

“Last couple of days, I was trying too hard to make birdies, trying to make a move. I just let go today. When I saw a line, I just hit it on the line and took it on merit whether it went in or missed,” said Lahiri, whose career’s low round was a 61 in Macau last year.

“This changes the situation in terms of where I stand. But in terms of what I need to do, it’ll be the same thing. I think the hall mark today was that I stayed bogey free because the first two days I made 11 birdies and dropped nine shots,” he explained.

He also earned a European Tour card through Qualifying School and was voted as the Players’ Player of the Year.

“I’m playing well and that’s really important as I feel positive. I feel I can go out there and shoot a good number tomorrow. You don’t know what will happen. I’ll try to stay relaxed and positive and do the simple things right,” said Lahiri.

“The fact that I’m a European Tour member makes it quite significant. I’m looking to go out there and play well tomorrow. With my current status, I would get into mostly everything in Europe. Having said that I had made up my mind to play my minimum on the Asian Tour,” he said.

Left-hander Peterson, who earned his Asian Tour card through Qualifying School in 2013, produced nine birdies to move inside the top-10. Six off the pace, he has an outside chance to emulate Steve Flesch’s victory in 1996 who was the last lefty to hoist the Seagram Trophy which is awarded to the winner of the Maybank Malaysian Open.

“It’s nice to be the guy in the background, you just go out and do your business. But I feel confident with my game. I have a lot of belief with what I’m doing right now. I’m not as surprised as some might say that I’m in contention,” said the 26-year-old.

“It’s tough with the humidity out here. But last year being on the Asian Tour, I’ve kind of got used to it. It feels good to sweat. You’re never tight in the morning, that’s for sure,” said Peterson.