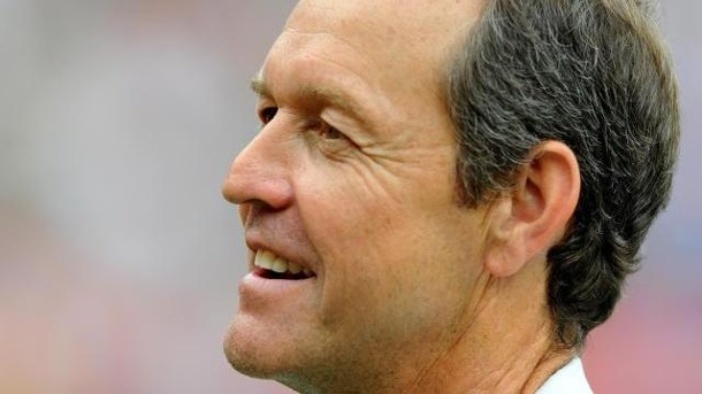 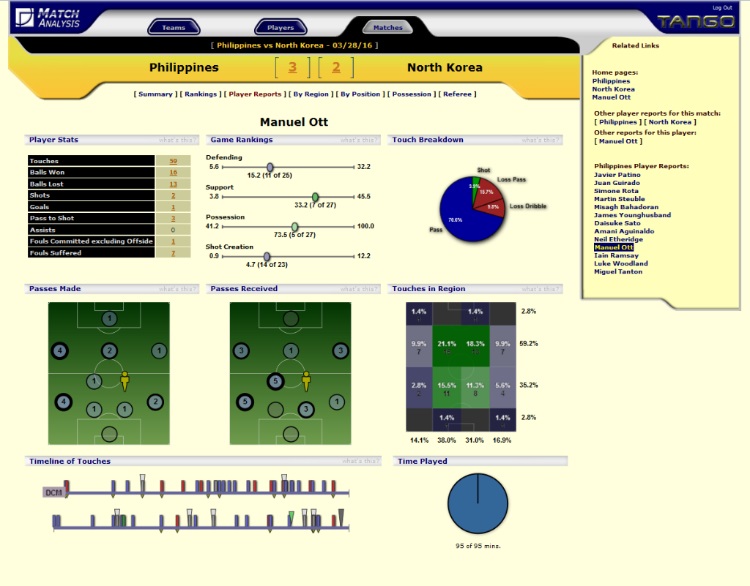 Since Thomas Dooley was appointed head coach the Philippines men’s national football team has had some impressive results and attained its highest ever FIFA ranking.  Aiming even higher and with an objective to achieve a finals appearance in the 2016 AFF Suzuki Cup followed by qualification for the 2019 AFC Asian Cup the Philippines Football Federation recently rewarded Dooley with a two-year contract extension.

In addition to the skills, knowledge and experience the former United States team captain has brought to the role, a major addition having a direct impact on the team’s improvement has been his implementation of new systems and technology. This has included California-based Match Analysis’s state of the art video and statistical analysis product suite that has successfully been adopted by the Azkals.

The new and more in depth analysis program provides coaching staff and players with access to Mambo Studio and Tango Online. These cutting edge tools enable them to collectively or autonomously analyze performance as part of their development. They also receive individual meetings where they review their own data and video clips along with team meetings during which:

1. Opponents are analyzed to discuss expected line-ups, along with video clips reviewed of individual players to identify strengths and weaknesses and what to expect from their opponents

2. The Azkals players are shown video clips to improve knowledge and provide a greater insight into the tactical aspect of the game

“A significant change that has had a major impact on our progress has been the implementation of Match Analysis’s products and services. Their tools are unbelievably powerful and yet extremely easy to use by players and staff. They have become an invaluable asset in making our pre and post-match analysis process much more efficient and cultivating the long term development of soccer in the Philippines. It really is like having another full time coach in our organization, freeing up time allowing me to work on other important aspects of improving our program,” said Thomas Dooley.

Commenting on how Match Analysis products are used to enhance the Philippines men’s national soccer team the Head Coach said “Tango Online is excellent for players to scout their opponent in the palm of their hand online, 24/7. They get to know their opponents as well as they know their own teammates! Also, Mambo Studio video editing software is really easy to use and allows me to communicate with my players worldwide by sending customized video clips to player’s mobile devices. I can even encode my text message into the video so the player understands why I’m sending the clip. If the player wants to download the video clip, it’s simple, they just click on the Tango ToGo icon!  It’s a fast and efficient way of getting the message across. Providing players with better knowledge of the game along with greater insight into the opposition reduces errors and improves us as individuals and a team.”

“I love the Philippines and its people. It’s a beautiful country where everyone is so friendly and always wanting to help, so it makes me immensely happy that they have a soccer team to be proud of,” added the Azkals Head Coach. “Performances and results are consistently improving down to the player’s hard work and dedication to enhance their skill levels and gain a better understanding of the technical parts of the game. With the structure we are putting in place and the implementation of technology, soccer in the Philippines will go from strength to strength and help support its future development.”

“It is fantastic that the Philippines men’s national teams’ coaching and playing staff have embraced Match Analysis products. We are delighted to provide the tools that Thomas has incorporated to create a more professional structure that is bearing fruit with their greater success on the pitch,” said Match Analysis President Mark Brunkhart. “Having known Thomas for a number of years I am really pleased that he’s been rewarded with a longer term contract. We look forward to supporting him with his aspirations to develop the overall foundations of soccer throughout the Philippines.”

About Match Analysis
Match Analysis is the leading pioneer in high performance analytical tools for soccer (football). Over the past decade, Match Analysis has worked with almost every top club in North America and top media outlets including the New York Times coverage of the 2010 World Cup. In 2013, Match Analysis’s K2 Panoramic Video Camera System was implemented in every stadium in Major League Soccer and Liga MX.