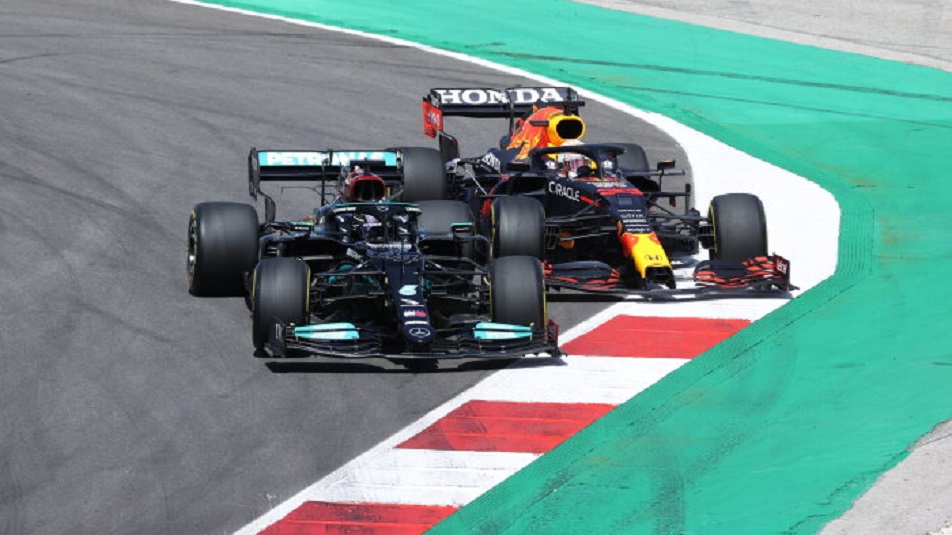 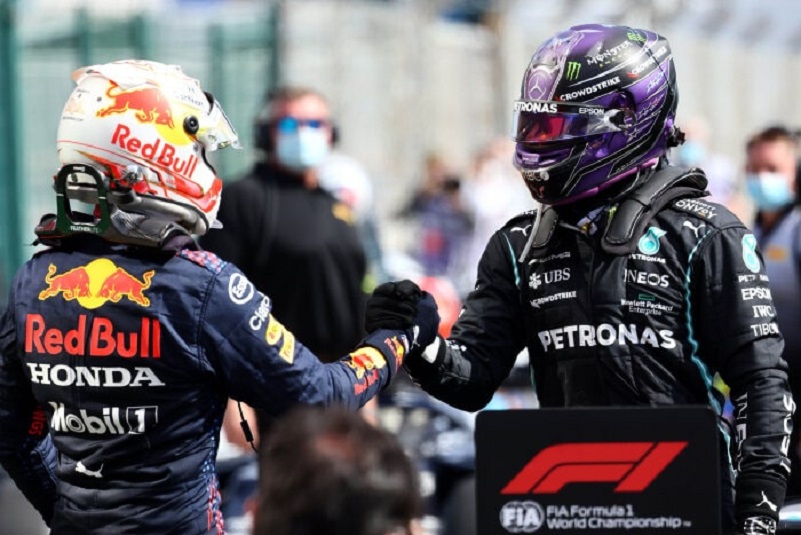 Lewis completed a hunter’s drive to record his 97th victory in F1, after dropping to third following a safety car restart.

Valtteri finished in P3 and secured the bonus point for fastest lap.

An exhaust sensor failure cost the Finn precious power and the opportunity to close in on P2 late in the race.

Also marks the 122nd Grand Prix at the top of the Drivers’ Championship for Lewis, breaking the record he previously shared with Michael Schumacher.

That was such a tough race, physically and mentally, just keeping everything together. It was very windy out there, obviously, so it was easy to put a foot wrong. I didn’t quite get as good a start as Valtteri, then lost out on the restart which was not good. I was not happy about that, naturally. But that race was satisfying, when you’re in third and have to overtake two amazing drivers – amazing! Having races like that is what I live for.

The gap between us all is so close and every single point is going to count this year. I love the battle, I’ve loved it since my days in karting and as a team, we can’t leave any stone unturned – we’ve got to continue to push this car, squeeze everything out of it.

Obviously not what I was aiming for today because when you start from pole, you want to bring home the win. I think ultimately the main issue was the first stint – I was struggling for pace and I still don’t understand why. The warm-up with the hard tyre was slow after the pit stop and Max managed to catch me. Then we had an exhaust temperature sensor issue later in the race which cost me speed on the straight so it was difficult to close in on Max and fight for P2. Eventually the power came back and I was able to set the fastest lap which could be an important point.

We need to analyse this weekend over the next two days, learn the lessons and then focus on next weekend – we go again.

Absolutely stunning drive from Lewis and it seemed under control all through the race. You could see, and hear in his voice, how much he was pushing. An incredible drive. Valtteri had some real pace at the beginning and you could see that it was difficult for Lewis to catch up, it was real speed. But then eventually Lewis managed to get past and off he went.

The exhaust sensor issue was unfortunate for Valtteri later in the race because he really caught up well to Max and then it kind of stabilised at 1.5/1.6 seconds, but he had more to come at the end of the race. We couldn’t override the faulty sensor so the engine went into protection mode and that cost him 5 seconds. Valtteri probably would have had a shot on Max at the end if we were not to let him down on the power unit. I think we need to give him credit.

When we were behind in testing and in Bahrain, it’s a buzz that I have not felt in the Team since 2013 when we had that first sniff that we could be there. The whole place is excited and continues to be excited. I’d like to be happy after Abu Dhabi at the end of the season but for the time being, we’ll take it one step at a time. 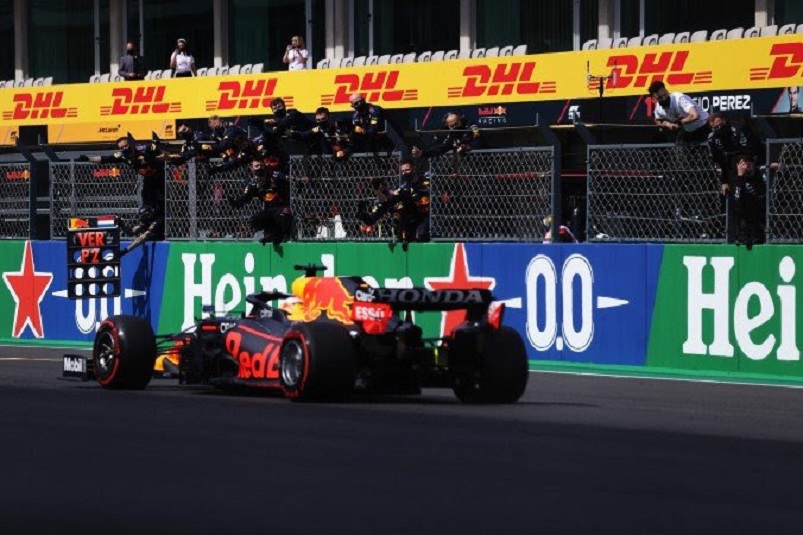 “Something about this track really does not suit our car and I think in general this was a bit of an off weekend in terms of grip and overall pace. We knew last year that we weren’t particularly strong here, so this year has been a bit better and we managed to finish ahead of one Mercedes, but it wasn’t quite good enough to get them both. Nevertheless, second is still a pretty good result and we always knew this season would be up and down in terms of the tracks we were strong at and the ones Mercedes were. The race today was pretty decent though and we were all constantly pushing which was nice. I tried to put the pressure on Valtteri in the beginning as he was struggling for grip, but clearly Lewis behind had more pace and he made it past us both. I was then able to undercut Valtteri in the pit stop but you could clearly see on the hard tyres we were just a bit slower, some laps we could match Lewis and others it was just not possible. Towards the end of the race Valtteri was even coming back at me which showed their pace today. It’s a shame the Fastest Lap got taken away, stupid track limits [laughs], they should just put gravel back! It is what it is, we always try and I had the gap so we went for it. We scored good points here but I’m looking forward to Barcelona, a track that has more normal grip levels and where I have good memories. I think we will also see a clearer picture of how teams have been progressing. It’s a long season ahead so a lot can happen.”