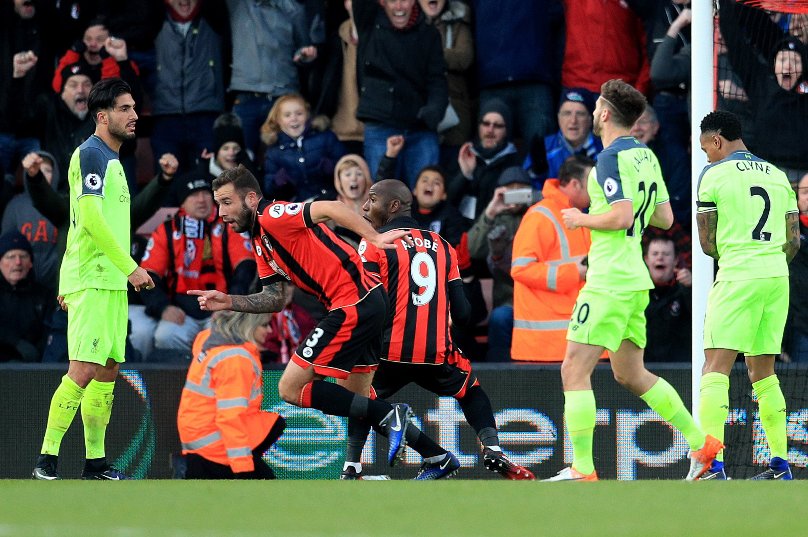 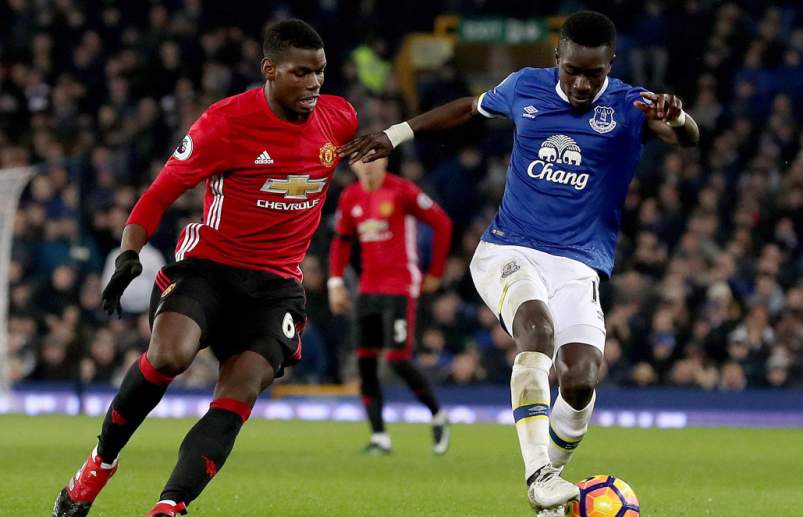 Liverpool’s title challenge suffered a stunning setback as they conceded three goals in the last 14 minutes of an astonishing 4-3 defeat against Bournemouth, while Everton’s Leighton Baines scored a last-gasp penalty to earn a 1-1 draw against Manchester United on Sunday.

Jurgen Klopp’s Liverpool missed out on a chance to go second in the Premier League and instead remain four points behind leaders Chelsea after their incredible meltdown at Dean Court.

Goals from Sadio Mane and Divock Origi had Liverpool ahead at the break and the points still seemed to be heading back to Anfield when Emre Can’s strike restored their two-goal advantage following Callum Wilson’s penalty.

But Ryan Fraser, who had come off the bench to win the spot-kick, then buried his maiden Premier League goal before crossing for Steve Cook to superbly equalise, with Nathan Ake bundling home a last-gasp winner as Loris Karius failed to hold another Cook effort.

“First of all I have to say a deserved win for Bournemouth. A big fight from them. We gave the game away at a decisive point,” Klopp said.

“We opened the door and they ran through and scored some wonderful goals. So that’s the deserved result.

“Even when we are in the lead at 2-0 it’s how we try to play football then we were static. We gave the game away because we didn’t play football any more.”

Bournemouth are in just their second season in the top-flight and this was arguably the tiny south coast club’s finest hour.

“It would have been easy for our players to give up and see out time, but our group knows not to give up,” Cherries boss Eddie Howe said.

“In the second half we looked like scoring every time we attacked. For this club and everyone involved it’s make for a very special day.

“These days are huge for us. We’d never been in the Premier League until last season so we’re making history for the club.”

At Goodison Park, United took the lead in the 42nd minute when Everton goalkeeper Maarten Stekelenburg made an ill-advised decision to come for Anthony Martial’s cross and Zlatan Ibrahimovic lofted his shot into the net for his fourth goal in his last three games.

But Jose Mourinho’s side couldn’t find a crucial second goal and the United manager was punished for sending on Marouane Fellaini in the closing stages when the former Everton midfielder carelessly conceded an 89th minute penalty with a clumsy challenge on Idrissa Gueye.

Everton left-back Baines stepped up to slot the spot-kick past David de Gea to leave sixth placed United 13 points behind Chelsea after a third successive draw left them with only one win in their last eight league games.

“We were best team on the pitch by far and it is a result that doesn’t reflect the difference of the performances of both teams,” Mourinho said.

“We have to work the way we are doing. To perform in five consecutive matches against difficult opposition, I am so happy with the individual performances.”

On Saturday, Chelsea had cemented pole position with a 3-1 victory at title rivals Manchester City, while Alexis Sanchez’s hat-trick in a 5-1 thrashing of West Ham took Arsenal into second place.

City’s frustration boiled over in stoppage time with red cards for Sergio Aguero and Fernandinho, the former for an ugly lunge on David Luiz, the latter for pushing Cesc Fabregas over an advertising board.

While City spluttered, Arsenal stepped up their title challenge with a ruthless performance that kept them within three points of Chelsea.

Sunderland climbed off the bottom with a 2-1 win over spluttering champions Leicester.

Harry Kane’s double and a brilliant strike from Son Heung-Min inspired Tottenham as they got back on track with a 5-0 demolition of Swansea. – Agence France-Presse