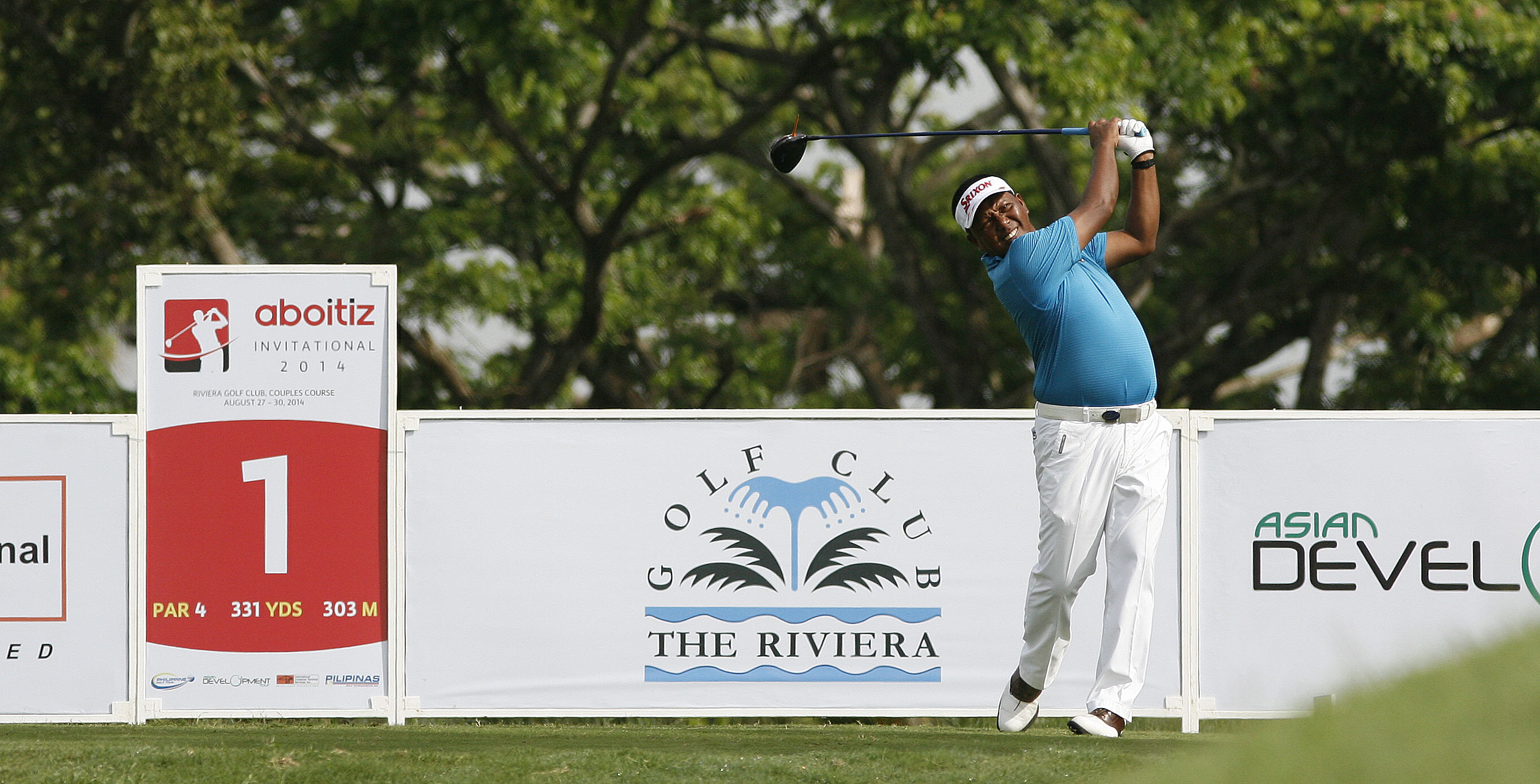 Antonio Lascuna raised local cheers when he fired a five-under-par 67 to lead by two shots after the penultimate round of the US$100,000 Aboitiz Invitational on Friday.

The 43-year-old veteran knocked in six birdies against a lone bogey for a three-day total of 14-under-par 202 at the Riviera Golf and Country Club’s Couples Course.

Overnight leader Brett Munson slipped to fifth place after carding a 72 while defending champion Elmer Salvador of the Philippines registered a 69 to trail Lascuna by 10 shots.

Lascuna, who is currently the highest-ranked Filipino golfer on the Official World Golf Ranking (OWGR) in 298th position, tightened his grip in the Aboitiz Invitational with three consistent rounds.

“I’ve been playing very consistently and I am very happy with my game. The course is long but it suits my game a lot. My game is in a good shape right now and I’m looking forward to the last round tomorrow,” said Lascuna.

“I don’t want to think about winning yet. I just want to concentrate on my game tomorrow. Hopefully I can continue to play like how I did for the past few rounds,” smiled Lascuna.

The amiable Filipino is an Asian Tour regular player where he is currently ranked eighth on the Order of Merit courtesy of a tied-second finish at the Philippine Open in May. He also leads the merit rankings on the domestic circuit where he won three titles this year.

“I hit the ball pretty good today and I hardly miss the greens. I’m happy with how I have been playing. I will try and clear my mind now so that I can focus on the final round tomorrow,” said Que, who finished second in this event last year.

“I’ve played against Antonio (Lascuna) a lot of times before and we are familiar with each other’s games. I think we just have to try and hole more putts to win the tournament tomorrow,” added Que.