Home 2021 Magnus achieves first victory by a customer in the new Audi RS... 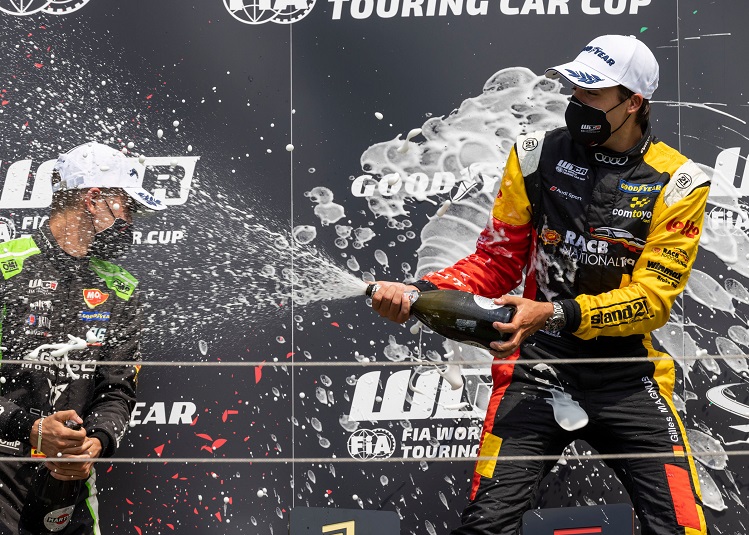 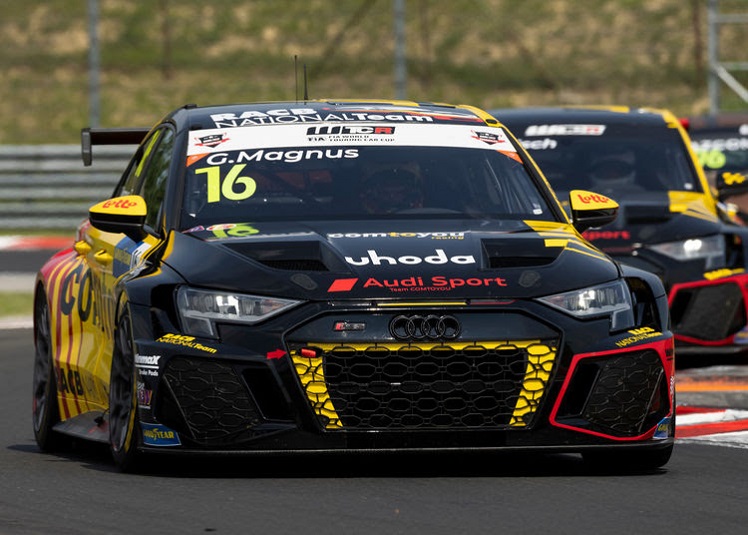 Audi privateer Gilles Magnus celebrated his biggest individual success to date with victory at the fourth round of the WTCR – FIA World Touring Car Cup at the Hungaroring. Following the success of Audi Sport driver Frédéric Vervisch earlier in Spain, the Audi RS 3 LMS gen II won for the second time in just six weeks.

A success that fits perfectly into the Audi Sport customer racing schedule: Following its premiere in February, extensive testing, the race debut in June and the first victories, the second-generation Audi RS 3 LMS is about to enter its next stage – the market launch.

Gilles Magnus and Audi Sport driver Frédéric Vervisch had achieved the best possible starting positions for themselves in Hungary: In the reverse starting grid for the first ten drivers, the two Belgians for Comtoyou Team Audi Sport were on row one for the first sprint.

Magnus managed the perfect start ahead of his teammate. The two Audi RS 3 LMS cars initially led the field unchallenged. Even a safety car phase did not cause either driver to lose his rhythm. Only on the last lap did a hard attack by an opponent throw Vervisch back to position four. In the end, Gilles Magnus crossed the finish line with a lead of 2.1 seconds and thus also won the Trophy classification for privateers.

In doing so, last year’s winner of the rookie classification gave himself an early birthday present, as he turns 22 in eight days’ time. In the second race, Frédéric Vervisch managed a sensational start from position nine in which he improved to third place. As in the first race, the Audi Sport driver set the fastest lap and secured another trophy for Audi Sport customer racing in third place at the end.

In the course of just four events, the Audi RS 3 LMS has thus already clinched five podium places in the FIA WTCR. After the first podium finish by customer Tom Coronel and the first win by Frédéric Vervisch as well as third place by Gilles Magnus at Aragón in July, the second victory and a third place have now followed.

“Congratulations to our customer Gilles Magnus on his success. We chose the world’s top-class TCR category and thus the toughest opponents to put our technology through its paces before going on sale,” says Chris Reinke, Head of Audi Sport customer racing.

“All the findings from this development were fed back into our now production-ready race car.”

After specification and price have been determined, the 250 kW (340 hp) touring car from Audi Sport will be ready for customers in the third quarter. It has been homologated for TCR racing since May. This touring car concept combines cost-efficient technology with the customer racing idea, in around 30 licensed racing series worldwide.

Currently, race cars from 14 manufacturers are homologated for this category. Audi Sport customer racing has designed the race car specifically for customers: In terms of safety, the touring car sets standards. The cockpit’s operating concept and ergonomics are state-of-the-art. The highly variable axle kinematics provide a noticeable time advantage on the race track during set-up.

And finally, the service lives of all the major components enable economical operation. With 17 drivers titles worldwide, 38 further championship successes and 323 race wins since 2017, the 180 produced units of the predecessor model have delivered a first-class sporting career that the successor is now set to continue.