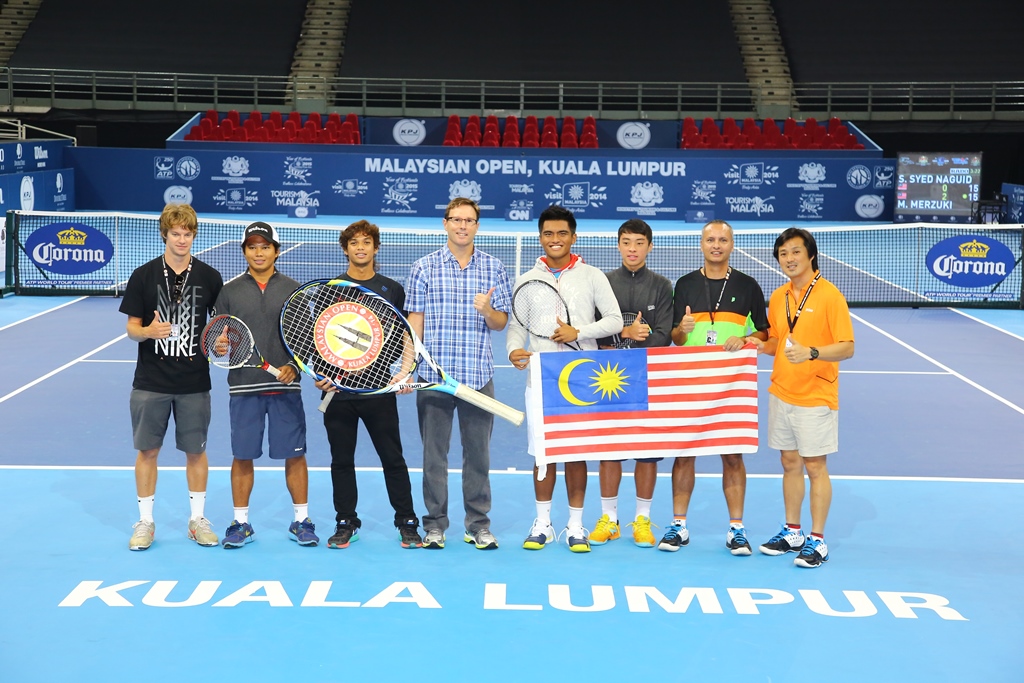 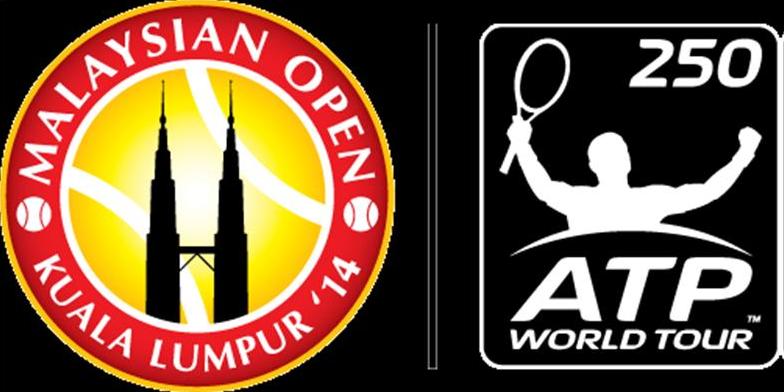 With an enhanced court colour scheme and a host of top international tennis stars, including top seeded world No. 8 and 2014 US Open finalist Kei Nishikori, world No. 13 Latvian Ernests Gulbis and the ‘1/2 kampung kid’ Nick Kyrgios set to light up the stage, the nine-day Malaysian Open, Kuala Lumpur 2014 ATP 250 tournament kicks off tomorrow with the singles qualifiers here at the Putra Stadium in Bukit Jalil.

In keeping with tradition, the tournament has once again provided wild cards for up and coming local tennis players to participate in the singles qualifying event. This year, opportunities were given to Syed Mohd Agil Syed Naguib, Mohd Assri Merzuki, Mohd Ashaari Zainal Abidin and Koay Hao Sheng.

Mohd Agil will also team up with Nick Kyrgios to play as a wild card pairing in the doubles main draw.

While all four boys are amongst the top tennis players in the country chosen by the Lawn Tennis Association of Malaysia (LTAM) to participate, 20-year-old Mohd Agil and 19-year-old Assri Merzuki are the only two who boast ATP Tour rankings, making it the first year that Malaysia has two ATP ranked players participating in the Malaysian Open.

“My previous experiences in the Malaysian Open has definitely has given me more confidence and I believe I am a stronger player now,” said Assri Merzuki, who is the highest ranked Malaysian singles player at No. 1358.

“I feel very happy to have been given this opportunity. I have heard a lot of things about Nick (Kyrgios) and am looking forward to teaming up with him,” said the world No. 1621 Agil.

Ashaari made headlines last year after becoming the first local player to win a match against foreign opposition in the Malaysian Open and hopes to go one better this year.

“This is my second year playing and I feel more confident this year. I have had more training and have improved my fitness, so hopefully I can go one or maybe even two rounds this year,” said the 25-year-old.

At just 16-years-old, Perlis-born Koay Hao Sheng is the youngest member of the Malaysian contingent and will be making his maiden appearance at the tournament.

Two new national tennis coaches, Australian James Peach and Dutchman Eric Pietersz, have also come on board recently to further elevate the level of tennis in the country and will be on hand to offer the boys valuable experience and advice.

Qualifying matches begin tomorrow at 10am, with the confirmed schedule of play to be released later tonight once the draw has been made.

Meanwhile, the official main draw ceremony is slated for 3pm tomorrow afternoon at the main entrance of the Putra Stadium. The draw is open to the public and may feature appearances from marquee players.

Tournament director Nick Freyer expressed his excitement at the tournament build-up during this afternoon’s media briefing: “Tickets sales are 50% better compared to previous years and there is a truly positive buzz around the tournament.

“After a difficult year for Malaysians, we hope to give the country something positive to cheer about and have taken additional efforts to market the event. Television coverage around the world  has been increased and we have even brightened the court colours for an enhanced appearance on TV screens. If you look closely, you will also see “I Love Malaysia” painted on the player benches.

More than 5000 school going and underprivileged children will be invited over to enjoy the matches during the week and perhaps we can even inspire some of them to pick up the sport. We are also looking forward to welcoming Malaysian Youth and Sports Minister Khairy Jamaluddin during the finals of the event next week.” 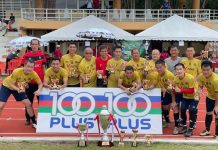 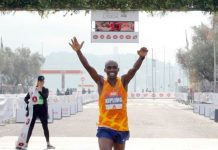