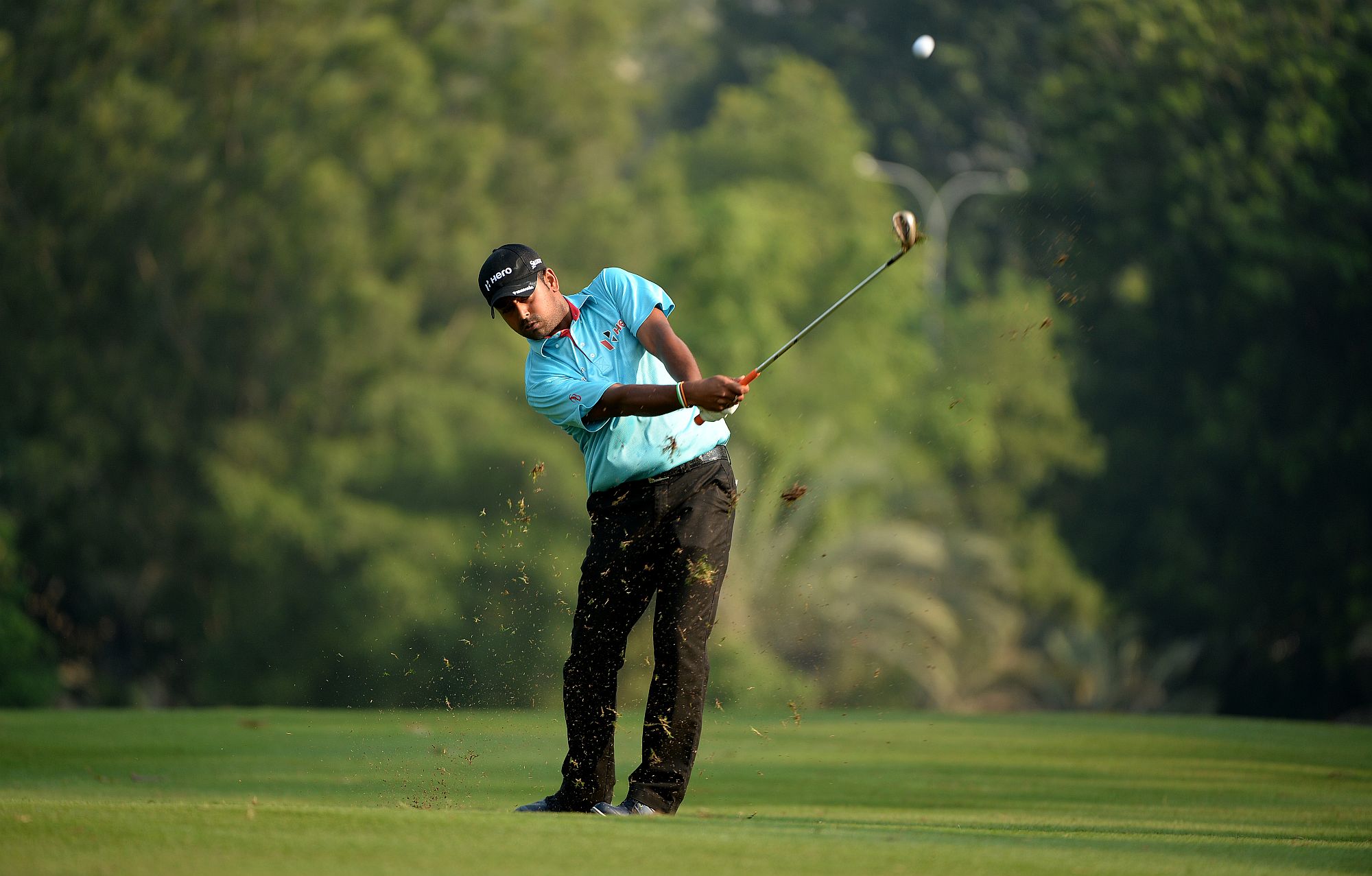 Tour rookie Cameron Smith of Australia trailed closely by two shots following a 66 while another Indian S.S.P. Chowrasia was a further two shots back in third place after shooting a 70 at the Seri Selangor Golf Club.

Australia’s Jake Higginbottom produced a flawless 65 which included an outward 31 to share fourth position with Thailand’s Chapchai Nirat (69) while Chan Yih-shin of Chinese Taipei and Chris Gaunt of Australia were on five-under with three holes to play.

The halfway stage of the Worldwide Holdings Selangor Masters was called off due to darkness after the round was delayed for approximately one hour and 30 minutes in the afternoon due to inclement weather. A total of 21 players will resume their rounds at 7.30am on Saturday.

An in-form Lahiri, ranked second on the Order of Merit, was even-par through 13 holes but steadied ship to put himself in prime position to claim his fifth Asian Tour win and second title this year.

“I was overthinking today and had 100 things going on in my mind. But on the seventh hole, we were held up a little bit by the group in front and that gave me the opportunity to clear my head,” said the 27-year-old Lahiri.

“I started talking to my caddie about inane things and when we were ready to play again, it cleared my head. So that’s what I will need to do the next time I overthink on the golf course,” he smiled.

Lahiri will enter the weekend rounds with the aim of going one rung better after finishing second last year. “When you play well, when you come back to the course, you feel confident. When I got in here on Tuesday, I had good memories from last year. When I went out there, I had that in mind and I can play well on the golf course,” Lahiri explained.

Smith, who earned his Asian Tour card at Qualifying School earlier this year in Thailand, fired three birdies in each half to stay within sight of Lahiri. The in-form Australian has enjoyed a superP first year in Asia, finishing second at the CIMB Niaga Indonesian Masters in April and earning a tied seventh result in Chinese Taipei last week.

“My time (win) will come. Obviously you need to play well during the weekend to stand a chance to win. I haven’t been doing that yet. I’ve been playing quite solid and I’ve putted better this week compared to last week. Hopefully the putts keep dropping,” said the 20-year-old Smith.

Chowrasia, a two-time Asian Tour winner, will need to overcome the tricky greens at Seri Selangor after struggling with a cold putter in a round of two birdies against one bogey.

“I missed a few putts and that explains my score. There are two more days to go so hopefully I play well. I’m four shots behind but that is really nothing on this golf course. I will try my best,” Chowrasia explained.

Chapchai registered three birdies against one bogey to put himself in the title mix. The big-hitting Thai is a three-time Asian Tour winner but not since setting the world 72-hole scoring record of 32-under-par 256 when he won the 2009 SAIL Open in India.

“I’m feeling very hungry for a win. I don’t know why I haven’t won for such a long time. I might need a bit of luck to win again. Overall my game is still good so I might pull through this week. But we have to see how Anirban plays because he is on form at the moment.”

Current Asian Tour number one David Lipsky of the United States battled to a 66 courtesy of a 10-foot eagle putt on hole 13 to share ninth place with the leading Malaysian Shaaban Hussin, who shot a 70 for a 138 total.

“My score (in the first round) didn’t reflect how I was playing. I was just feeling really tired after the last couple of weeks. I had a good night’s rest and I’m feeling slightly better,” said the Korean-American, who won the Omega European Masters in Switzerland two weeks ago.

Scores after round 2 of the Worldwide Holdings Selangor Masters 2014 being played at the par 71, 6955 Yards Kelab Golf Seri Selangor course (a- denotes amateur):