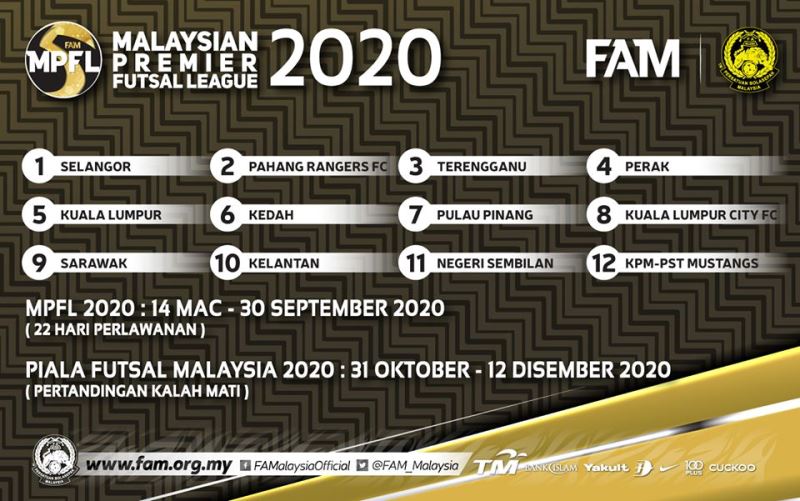 The Malaysian Premier Futsal League (MPFL) 2020 will kick off on 14 March 2020 and will last six months until 30 September.

A total of 12 teams have confirmed their participation alongside four newcomers – Sarawak, Kelantan, Negeri Sembilan and KPM-PST Mustangs.