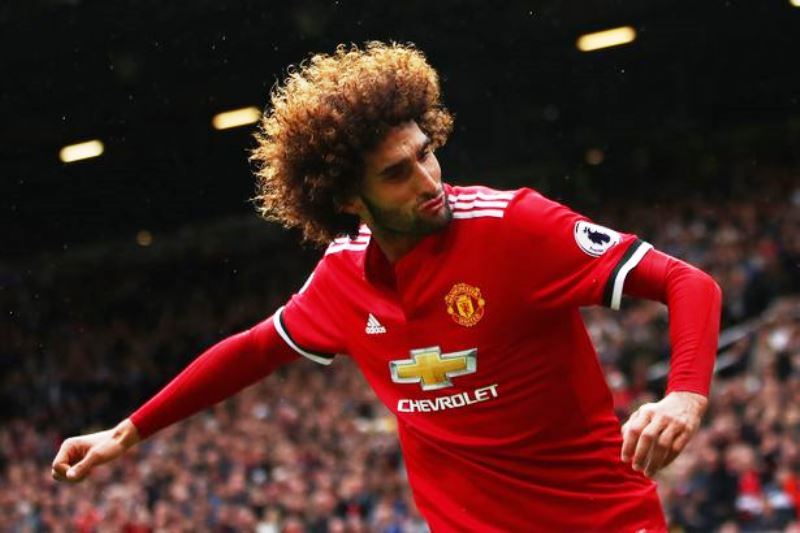 Manchester United’s Marouane Fellaini is suing sportswear giant New Balance for around £2 million ($2.6 million) over “defective boots” that he says have had a negative impact on his performances.

Rosalina Investments, which represents the Belgian international, said the boots had to be “steamed and stretched” by a United kit man before he could wear them.

But New Balance bosses dispute the claims and say they provided bespoke replacements after Fellaini said he was experiencing discomfort when wearing certain boots.

Details of claims and counter-claims have emerged in papers lodged by lawyers at the High Court in London and paperwork shows that evidence is contained in WhatsApp messages sent between Fellaini and New Balance staff.

“The football boots supplied by New Balance were of poor quality and caused considerable damage to Mr Fellaini’s feet,” she said.

“In order that the boots fit Mr Fellaini, they were required to be steamed and stretched by the Manchester United FC’s assistant kit man.”

She added: “Mr Fellaini repeatedly communicated his frustration with the poor quality of the boots.”

But Ian Mill, who represents New Balance, said the sportswear firm had solved the problem.

“New Balance therefore arranged for the player to be provided with bespoke replacement boots.”

The papers include a series of WhatsApp messages containing Fellaini’s complaints and replies from New Balance staff.

Lawyers for Rosalina said in August 2016 Fellaini had asked for boots that were wider and longer.

A month later he had sent a message saying “a big problem no comfy at all”.

Later that morning he had added: “I have to see the pedicure this morning.”

In November 2016 he said he had received “new ones” but they were “still the same. I have to stretch them”.

Lawyers for Rosalina said in September a member of New Balance staff had replied: “We can fix it my friend… we have the big dogs working on this.”

The staff member had added: “Ouch… we are copying the Nike boot for you… Your new ones arrive very soon, they will be like Nike.”

Mr Mill said in December 2016 Mr Robson had asked if new boots were “a good fit for you better than previous?” and Fellaini had responded: “Yeah”.

He said in January Mr Robson had asked: “Is the fit feel of the boots good?” and Fellaini had replied: “Perfect for the boots.” – Agence France-Presse