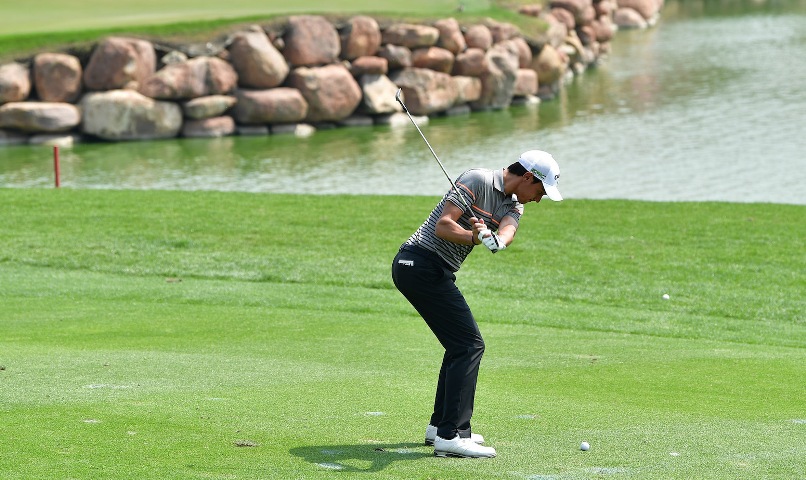 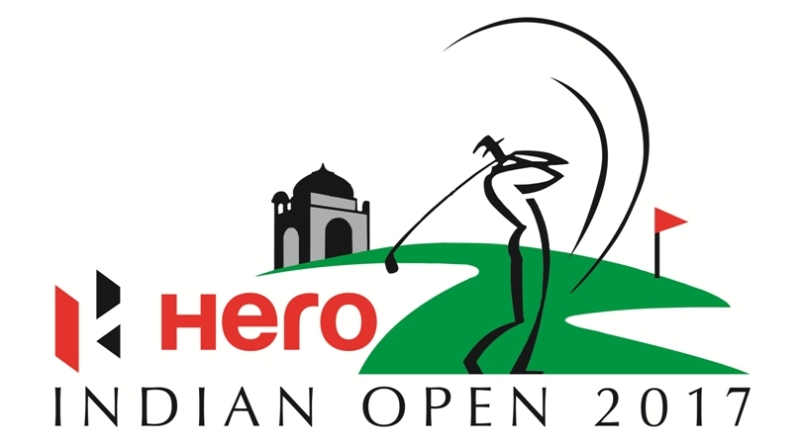 Italy’s Matteo Manassero overcame a disastrous start by shooting a four-under-par 68 to seize the first round clubhouse lead at the weather-disrupted Hero Indian Open on Thursday.

The 23-year-old, who is a four-time winner on the European Tour, double bogeyed his opening hole on 10 at the DLF Golf and Country Club’s Gary Player course but fought back superbly with seven birdies against another bogey to seize the early initiative in the US$1.75 million tournament tri-sanctioned by the Asian Tour, European Tour and Indian Golf Union.

A total of 66 players will return to the course at 7am, Friday to conclude their second rounds following a 90-minute suspension in the afternoon due to the threat of lightning. Amongst them is England’s David Horsey, who stood at five-under through 15 holes and was bogey-free.

Malaysia’s Danny Chia and Angelo Que of the Philippines battled to shoot matching 70s to stay within striking reach of Manassero but early favourite Anirban Lahiri of India, the Asian Tour number one in 2015, required two closing birdies to salvage a 76.

The ultra-challenging DLF course bared its fangs with some holes seeing scores as high as a 12 and a couple of 10s but Manassero, chasing his first win in nearly four years, stayed mostly out of trouble after his opening hole blemish.

The 44-year-old Chia, a double Asian Tour winner, enjoyed a flying start with three opening birdies before going on to pick up more shots on the 14th, second and sixth holes. He dropped a bogey on four and a double bogey on five after finding water with his tee shot, which plays onto an island green.

A three-time winner in Asia but not since 2010, the colourful Que showed his intent of ending his title drought by finishing strongly with three birdies over his closing four holes to stay on the heels of clubhouse leader Manaserro.

You have to always be in play, otherwise there will be a lot of high numbers and a lot of doubles. It’s very easy to lose shots on this course. It was a false start. I just kept playing and had a lot of birdie chances and that was the key after starting with a double.

I made a very good putt on 17th. I think that was important, I was two over at that point after seven holes. Making I would say an 18-footer or something like that, right to left, It brought me to one over. I always feel that the front nine, if you play well, it’s a little bit easier to … it’s more scoreable so I felt like I could have done a good comeback after that. I have been three weeks at home and to come back to a tough course like this, it’s never easy. So the fact that I found a lot of birdies, it’s very, very positive and I’ll try to keep it that way.

Pretty happy. I hit a lot of good shots, just made three bad shots which cost me a double bogey and two bogeys. But overall, I’m quite happy with it. I won’t say it was a grind. I hit it solid and just misjudged the wind on some holes. Coming into the week, I’ve not been hitting it all that well, have been hitting a few hooks and one or two came in today for the double (on the fifth hole).

I’m glad I have an idea with what’s going on with my driving. I haven’t been driving it well since Hong Kong last year. Kind of got into a slump. I’m happy that I’ve started to hit it a bit better. You just have to ignore it (course being tough). I hit quite a lot of good shots and got unlucky with some of the bounces on the green and some parts of the greens were pretty firm. It’s the way it is. Everyone is playing the same golf course.

I’m very satisfied. Played the practice round on Tuesday and I was thinking even par for me every day would be a good score for me on this course. I shot two shots better than my target. Every time I shoot under par here is a bonus. Hit it really good and putted well. It’s tough out there, the winds are a bit swirly and some holes played different than in the practice round. And this is also the first time here for a lot of us. Under par here is really good.

I made three boo-boos. First hole I aimed too far right and had to take an unplayable and made bogey. Next hole I missed the green but made par and on the fifth hole, I three putted. But everything else I’m hitting it quite solid. Three birdies on that side were from two or three feet and a two-putt birdie on eight. I’m just taking it easy as it’s a tough course. You need to be patient and stick to what you do. I’m generally a happy guy. Why can’t you be happy? You’re playing golf, you’re travelling and you’re breathing. I’ve always been happy even when I play bad. There’s nothing you can do. You just accept it and move it. That’s always been my motto in life and in golf. That’s why I’m a happier person.