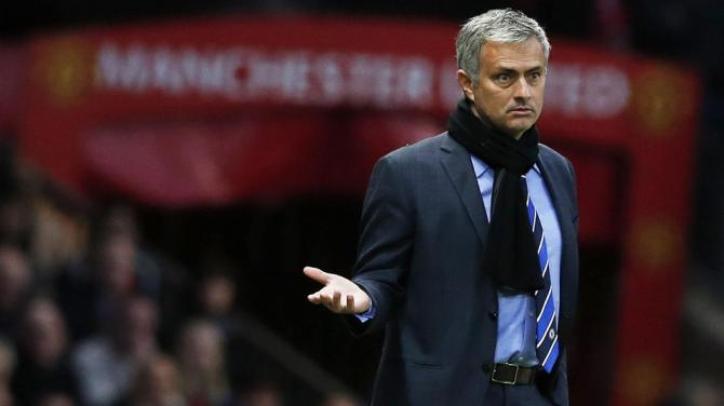 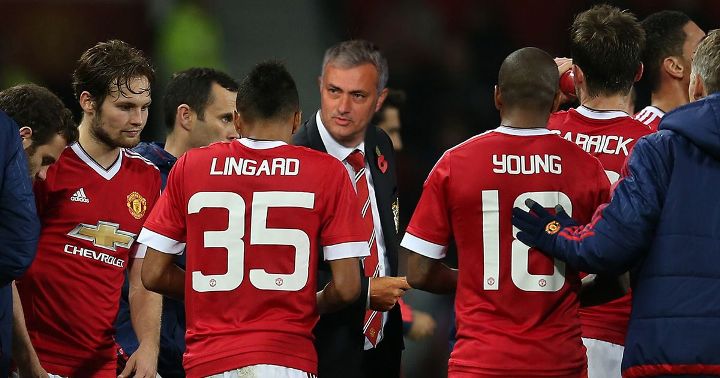 IS there ever in football a dream-come-true club-and-manager , nicely made in heaven? Some think so as Jose Mourinho and Manchester United appear to be united at Old Trafford.

Probably in some devilish way, football’s most charismatic and trophied coach this modern era returning to England’s most prolific title winners.

First big question: Will he bring back to former global glory the Red Devils? Or will he get the boot, as they always do, if there’re no sparkling trophies in the club cabinet.

Yes, let it be put on record that trophies decide the fates of the big managers because football is simply now a mega-business. The stocks and shares of the club matter more than the manager or club and it’s an uncompromising question of dollars and cents.

Second big question: Is Mourinho really “The Special One”? Indeed, his record of achievement speaks for itself. He’s a serial winner of sorts. His honours include 21 trophies in a 16-year career. And odds on, United will be expected to win the Premier League for the first time since 2013.

Third big question: Can he pacify the blood-thirsty devilish fans at Old Trafford? Come what may, they demand attacking flair and take pride in seeing thriller-like young players promoted through the system into the first team. And, mind you, that may not be Mourinho’s usual way. He has shown repeatedly that he has no faith in “potential”. He just wants bloody results!

Fourth big question: Will he have time on his side to get the results?  Mourinho’s instincts will be to expect time. “We are a team in evolution,” he said of his Chelsea team in February 2014. “The title race is between two horses and a little horse that needs milk and needs to learn how to jump. Maybe next season we can race.”

HELL OF A CHALLENGE

Yes, bringing back the good times, will be a hell-of-a-challenge for the self-styled “Special One”. But like the ruthless devil himself, with the board’s backing and a hefty budget, it is one nightmare-like adventure he would relish, come what way. Afterall, they’re out of the Champions League and playing catch up on their lesser-known rivals.

Mourinho is the template of a master of the medium-term impact. He has delivered the title in his second season at Porto, Inter and Real Madrid as well as on two separate occasions with Chelsea. But how realistic is a repeat of that feat at The Theatre of Dreams, Old Trafford?

In my view, Mourinho is taking the biggest devilish gamble of his life and I think his star is fading. Look at his most recent track record: On his watch, and with a virtually identical squad to the one which eased to the title, Chelsea went from champions to unlikely relegation candidates as the millionaire-players seemed to lose the will to perform for him.

For a man who once criticised an opponent for “parking the bus”, he is more than happy to block the road or the stadium when it suits and majority of his wins at Chelsa and Inter Milan (won the Champions League with Inter in 2010) were by the slimmest of 1-0 margins.

Say whatever you want. Unhappy as United fans have been with the so-called unentertaining Louis Van Gaal, he still out-performed Mourinho this season. Statistics don’t lie: Mourinho was sacked on December 17 last year, United were fourth, Chelsea were 16th. United had won eight to Chelsea’s four, had scored more goals and let in less than half of Chelsea’s total.

Bottom line: When fans and manager are not together, players and tactics are not together and a European giant is outside the top four then it’s not unreasonable to expect change.

End of the day, I know results and reputation matter most in football. Mourinho’s out-of-the-world crack-record suggests he’s the typical devil’s man. And, if there are any special reasons, Manchester United may well return to winning ways, but the club’s traditionalists might have to grit their teeth for the journey.

The landscape does not look inviting with the Red Devils. United are currently ranked fourth favourites to win next season’s Premier League. Pep Guardiola arrives at Manchester City with a superior squad at his disposal and the gap must be made up on others, too. Perhaps even Leicester City!

Previously, Mourinho has been in charge of one of the three most likely winners of the crown at the start of every season since 2002. This is absolutely different. This is terribly challenging.

Stocks and shares, as I mentioned earlier, matter most in modern-day football. Neither Mourinho’s stock, nor that of his new club is at its highest. It all adds up to the greatest do-or-die task he’s taken on yet.

At a time when the devilish supporters are desperately missing the good ‘ole United way, this is indeed a significant crossroads.

Is Mourinho really the man to unite United? God bless the “Special One”.