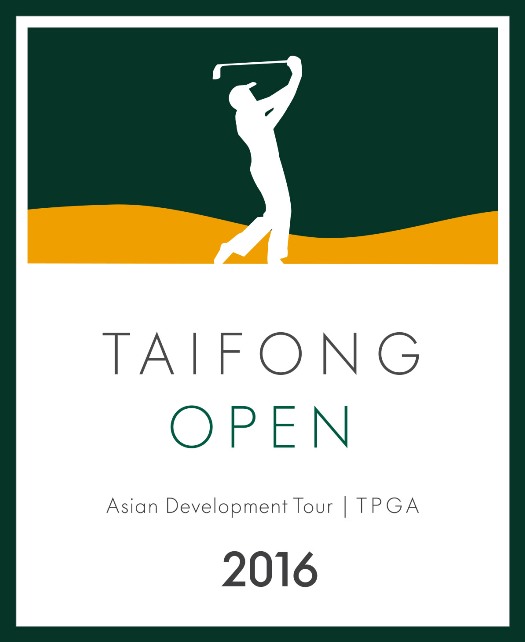 Indonesia’s Danny Masrin and local prospect Tseng Hong-sheng opened with identical five-under-par 67s to lead by one shot at the Taifong Open which will resume on Saturday as officials have decided not the start the second round on Friday due to the impending arrival of Typhoon Napartak.

Masrin marked his card with seven birdies against two bogeys while Tseng returned with a bogey-free round to put himself in a share of the lead for the first time on the Asian Development Tour (ADT) at the Taifong Golf Club.

Defending champion Rattanon Wannasrichan of Thailand signed for a 68 to sit in third place with Sweden’s Malcolm Kokocinski and Ye Jian-feng of China, who is playing on a sponsor’s invite, at the US$160,000 event, richest tournament on the ADT schedule this season.

Home star Lin Wen-tang, chasing to seal his Olympic berth with a good showing this week, sits two shots off the pace in tied-sixth position while Order of Merit leader Pavit Tangkamolprasert of Thailand recorded a 70 to tie in 17th place.

Starting from the 10, Masrin got off to a quick start with two opening birdies but gave up the shots on 12 and 15. His turning point came on the 16 where he sank a 25-feet birdie putt before going on to nail four more birdies on his way home.

“I hit my irons very well. I was good off the tee and I managed to make some good putts. I birdied all the par-fives which helped. I had three straight birdies before turning in 33 and that gave me some good momentum heading into my back nine,” said the 23-year-old Indonesian.

“I had shot some good rounds and put myself in good positions before but I think I am lacking the consistency. Hopefully this week I can pull together four good rounds together,” added Masrin, who has capped two top-10s on the ADT so far this season.

Tseng, who is chasing for a breakthrough professional victory, credited his solid drives and pinpoint approach shots for a bogey-free round highlighted by five birdies, which included two chip-ins on sixth and 11 from 13 and seven feet respectively.

“My approach shots are good. I had two chip-ins and missed an eagle on fifth by one foot! My tee shots are pretty good as well. I have never been so consistent with my tee shots before so I am really happy with how I did today,” said the 34-year-old Tseng.

Ye, who started from the first, overcame a bad start where he dropped two bogeys in his opening three holes by adding seven birdies against a lone bogey to charge into contention in what is his first ADT event of the year.

“I think I hit the driver very good today which is crucial to score on this golf course. I feel like I gained a lot of shots but I also lost a lot out there. Overall, it’s still pretty good. I am happy to bounce back after a disappointing start,” said the 24-year-old Chinese.

Wanchai Meechai, Tournament Director for the Taifong Open, said: “Due to Typhoon Nepartak, we have decided not to start the second round on Friday. We will discuss with the organisers and promoters after the second round to decide if we will reduce the tournament to 54 holes. At this point, we are still hoping to finish 72 holes.”

The Taifong Open is the last event for players to boost their Official World Golf Ranking (OWGR) points and qualify for the Olympic Games in Rio de Janeiro this August. The qualifying cut off for the Olympics is on July 11.

The winner of the Taifong Open will take home a prize purse of US$28,000 and receive six OWGR points. The top-five finishers on the Merit rankings at the end of this season will secure Asian Tour cards for 2017.