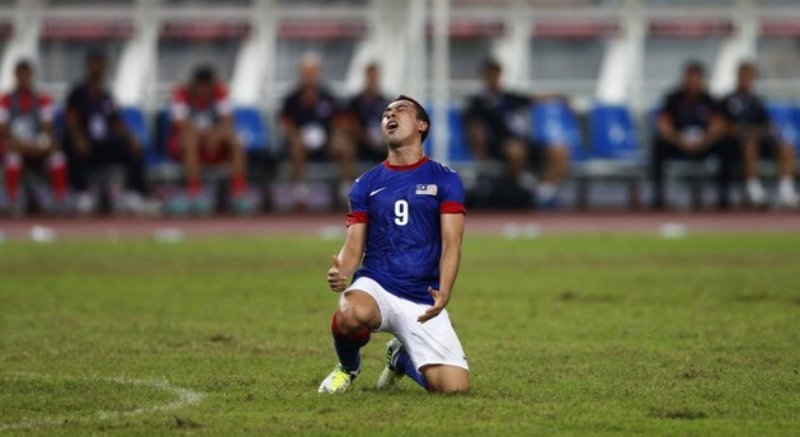 * Dollah says Mat Yo is 80 per cent there

Terengganu-born national striker Norshahrul Idlan Talaha’s football career took a dive after moving to Johor Darul Takzim not because of anything but because he spent more time warming the bench instead of being in the thick of action on the field.

However, national football coach Dollah Salleh has faith in the 28-year-old Besut-born Norshahrul from Terengganu who is looked upon as Malaysia’s hit-man in the AFF Suzuki Cup which begins this Saturday.

“He is shaping up well and is 80 per cent there. I had a heart to heart talk with Mat Yo and asked him to up his ante by another 10 to 20 per cent and he will be back to Mat Yo the footballer we all know,” said Dollah, who has been “cool” in his job despite the national squad’s poor run in the friendly matches in preparation for the Suzuki Cup.

Malaysia are drawn in a tough, tough Group B and have defending champions and four-time winners Singapore, three-time winners Thailand and Myanmar for company. Singapore will host the Group matches with Malaysia opening their campaign on Sunday against Myanmar followed by Thailand (Nov 26) before playing Singapore on Nov 29.

The matches against Myanmar and Thailand will be played on artificial turf at the Jalan Besar Stadium while the match against the Lions will be played at the new National Stadium in Kallang.

“Mat Yo is still the best striker in the country. I have faith in him and I am confident he will deliver in the Suzuki Cup. He came into the national squad ‘rusty’ but we all know why. His lack of match playing experience in the M-League had a telling effect on his football career.

“But he has regained his touch and we saw him as the striker we know in the friendly matches against Syria and Vietnam although we lost both matches. There were lot of positives in his perform. He warmed my heart and spoke to him on what needs to be done to be back to be a feared footballer,” added Dollah.

On the local front Norhshahrul played for Perak, Negri Sembilan, UPB My-Team, Kelantan before moving down south to play for Johor Darul Takzim. Next season he will be playing for Armed Forces in the Super League.