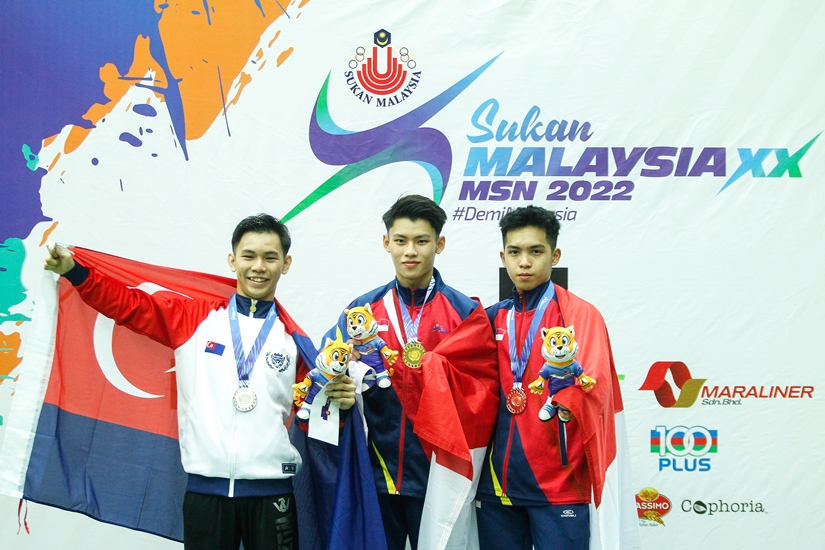 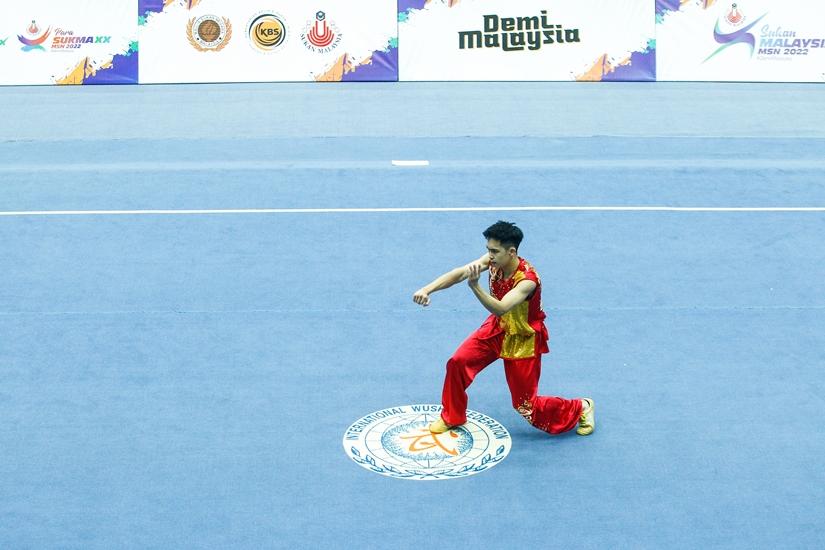 And the supremacy continues for Melaka when they wrapped up the first day of the wushu event of the Malaysia Games (SUKMA) with the final gold medal in the men’s Daoshu this evening here in Bukit Jalil.

Following their almost complete domination in women’s wushu when they captured three out of the four events in contention on the first day, Melaka made sure that they are at the top of the standings with a superb performance in the men’s events as well.

They had started the morning well with a win in the men’s Nanquan with Bryan Ti Kai Jie delivering the first gold medal with a score of 9.59.

Melaka were also victorious in the men’s Jianshu with Ang Qi Yue taking the top spot with 9.6500 points while Hew Wei Peng from Johor settled for the silver (9.6300) and Pulau Pinang’s Lim Jue Xin the bronze (9.6200).

It was Johor again who prevented a Melaka clean sweep when they took the podium in the men’s Daoshu through Tan Zhen Jie scoring 9.6500.