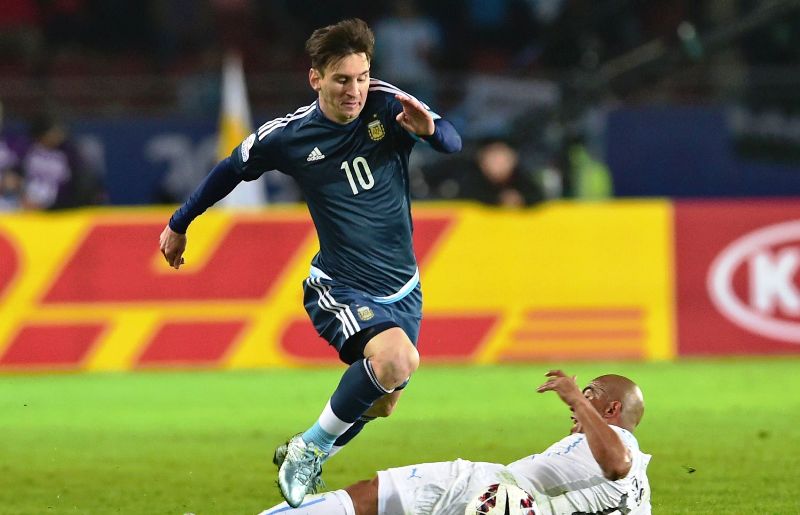 Lionel Messi scored the winning goal on his return from a short-lived international retirement on Thursday as Argentina defeated Uruguay to take control of South America’s 2018 World Cup qualifying race.

Messi had stunned the footballing world in June after vowing to never play for Argentina again following an agonizing defeat to Chile in the final of the Copa America Centenario.

But that tearful farewell was a distant memory at Mendoza’s Estadio Malvinas on Thursday as the Barcelona superstar orchestrated a 1-0 victory over the two-time World Cup winners.

Messi, showing no sign of the groin injury which had placed a question mark against his participation, lashed home the winner on 42 minutes, with his low shot taking a wicked deflection to deceive Uruguay goalkeeper Fernando Muslera at the near post.

Afterwards Messi paid tribute to the rapturous applause he received throughout.

In the dying minutes one young fan sprinted onto the pitch and nearly flattened the five-time world footballer of the year with a congratulatory hug.

“I am grateful to the people for the treatment, for the love,” Messi said, insisting his retirement announcement in June was genuine as he digested a third defeat in a final with Argentina in as many years.

“I wasn’t trying to cheat anyone, I said what I felt. (Now) I feel happy,” Messi said.

The coach hinted Messi may be rested for Argentina’s next match, against Venezuela on Tuesday. “If he’s not right we won’t risk him,” Bauza said.

“I know how painful it is to suffer a groin injury — but Messi’s character meant he was always going to stay on the pitch tonight.”

Argentina’s win came after a superb backs-to-the-wall defensive effort in the second half when they had been reduced to 10 men following the dismissal of young Juventus striker Paulo Dybala just before half-time.

Dybala, 22, was escorted from the pitch in tears after the red card.

– Jesus the savior for Brazil –

Elsewhere Thursday, there was an impressive win for Brazil over Ecuador in the thin air of Quito, which is situated a dizzying 2,850 meters (9,350 feet) above sea level.

Brazil had never won a qualifying game in the Ecuadoran capital before, but two goals from teenage prodigy Gabriel Jesus and a penalty from Neymar handed the five-time world champions a 3-0 victory.

Jesus, the 19-year-old who signed for English side Manchester City from Palmeiras in August, was outstanding, underscoring his status as the brightest talent in Brazilian football.

Jesus won the penalty for the first goal after bursting into the area and drawing a foul from Ecuador goalkeeper Alexander Dominguez.

Jesus, who like Neymar had played in Brazil’s gold medal-winning Olympic football campaign, then added a third in stoppage time with a crisp finish into the top corner.

The win left Brazil in fifth place overall in the standings with 12 points from seven games.

In other matches on Thursday, Colombia defeated Venezuela 2-0 in their port city stronghold of Barranquilla.

Goals from Real Madrid star James Rodriguez and Macnelly Torres secured the points for Colombia, who would have won by more had it not been for two missed penalties in the final 10 minutes.

The win leaves Colombia level with Ecuador and Uruguay on 13 points, just behind leaders Argentina.

Paraguay meanwhile are level on 12 points with Brazil after scoring a stormy 2-1 win over South American champions Chile in Asuncion.

Oscar Romero and Paulo da Silva fired Paraguay 2-0 up after only nine minutes before Arturo Vidal pulled a goal back just before half-time.

A fractious second half ended with Chile defender Gary Medel being sent off in the closing stages as Paraguay held on.

In the day’s other game, Bolivia defeated Peru 2-0 in La Paz. – Agence France-Presse