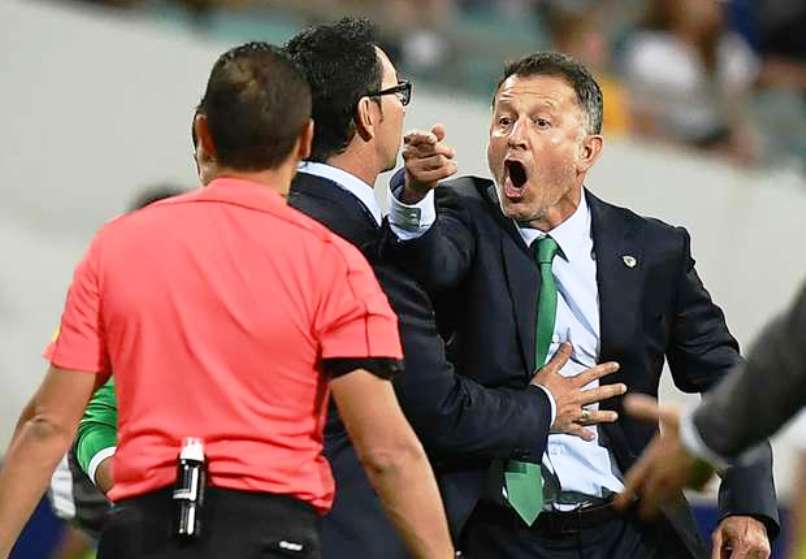 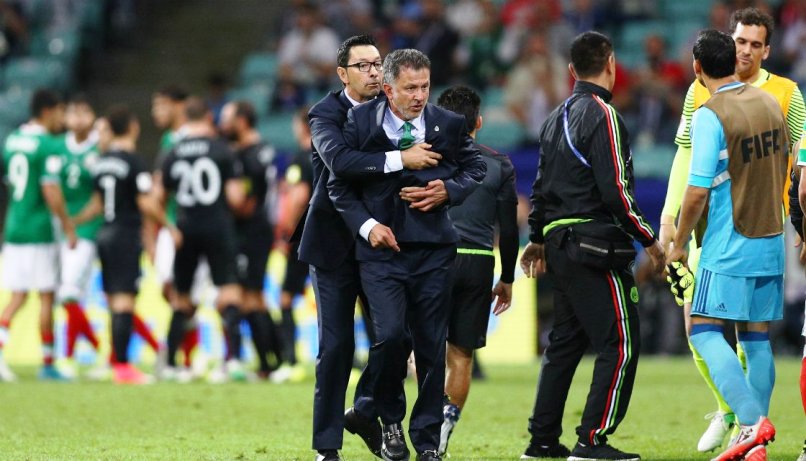 Mexico coach Juan Carlos Osorio, who was slapped with a six-game ban by FIFA, has apologized for an outburst directed at officials during the recent Confederations Cup match in Russia.

Speaking on Saturday night for the first time about the incident, which took place during a game against Portugal, the 56-year old Colombian said he would do “everything” to make sure it doesn’t happen again.

“I offer my most sincere apologies to all those that felt offended or hurt by my behaviour in the game against Portugal,” said Osorio.

Osorio was ejected late in the 2-1 loss to Portugal after he confronted an official on the sideline.

The suspension means Osorio will not be behind the bench for defending champion Mexico’s opening game at the 2017 CONCACAF Gold Cup.

The biennial tournament kicks off this weekend in the United States and features North America, Central America and Caribbean nations.

Mexico — record seven-time champions — is missing many of their top players as they begin their Gold Cup campaign against El Salvador in San Diego on Sunday.

Their other group opponents are Jamaica in Denver on Thursday and Curacao in San Antonio on July 16.

“The hardest part is that I can’t be on the bench, helping our team win,” said Osorio, who is 20-4-5 as Mexico’s coach. “I think that’s probably the worst situation for every manager.”

If Mexico is eliminated before the Gold Cup final, Osorio would serve his suspension in Mexico’s September World Cup qualifiers against Panama and Costa Rica. – Agence France-Presse