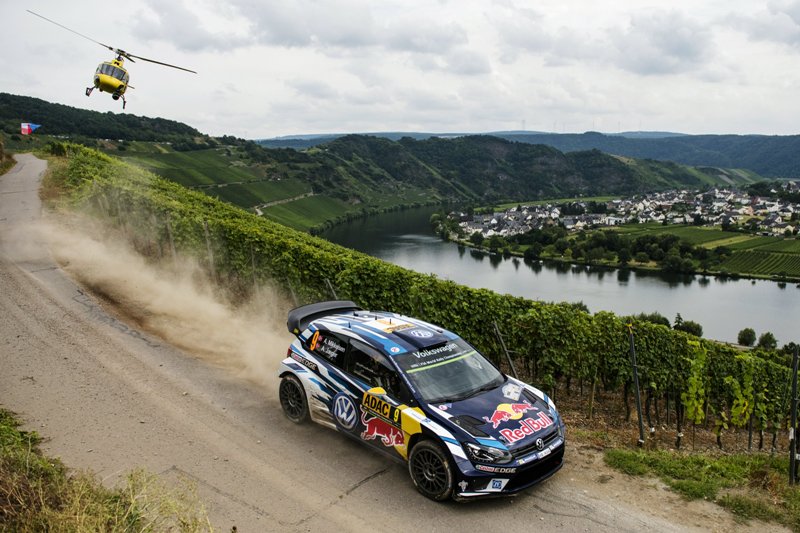 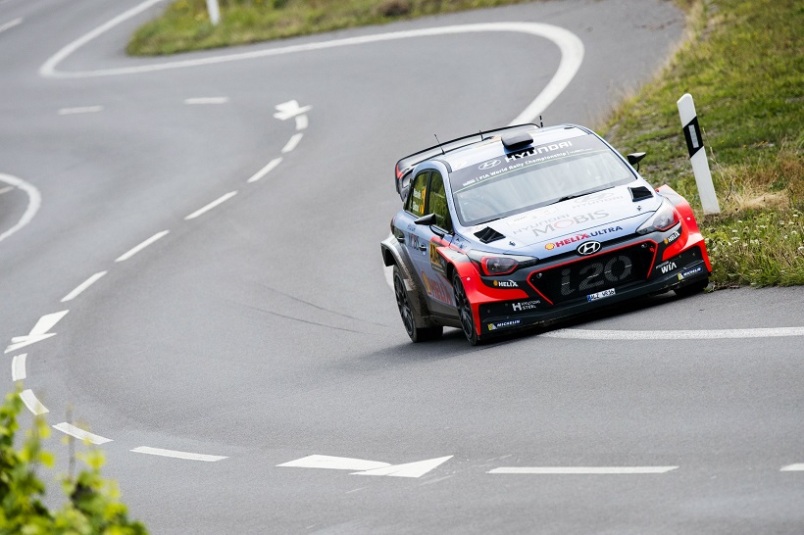 Volkswagen’s Andreas Mikkelsen said it will be a “big challenge” to protect his slender overnight ADAC Rally Deutschland lead – but he was committed to taking the risks that may be required.

The Norwegian took the lead on Friday morning’s second stage and guided his Polo R WRC to a 4.3s lead over team-mate Sébastien Ogier after five tests in the vineyards around the host city of Trier.

With nine stages to come on day two – including the notoriously tricky Panzerplatte tests – Mikkelsen was prepared for a fierce battle with the reigning world champion.

“We’re definitely in a fight and to wake up tomorrow in a fighting mood makes you take those last risks and keep the throttle down in many situations, whereas when you’re not in a proper fight, you maybe lift off. That should help us tomorrow.

“But we have a big challenge in front of us tomorrow. Obviously we are moving into the military stages and when you look at Seb’s times in there for the last couple of years he’s winning those stages year after year. If he pulls a lot of dirt onto the road that could make things tricky,” he told WRC.com.

Ogier, who spent the day trying to claw back the time he lost when he overshot a junction and surrendered the rally lead, put himself in striking distance of Mikkelsen by topping the time sheets on the day’s two final stages. That allowed him to edge past Thierry Neuville’s Hyundai i20 WRC for second spot.

Neuville had battled with a car set up that didn’t fill him with confidence in the morning but some changes at service improved his feeling and he was pleased to be only 5.9s off the rally lead with 13 stages remaining.

Dani Sordo’s spirited performance on his favoured asphalt surface netted him fourth place overnight and ensured he would be handily placed to join the battle for the podium places on Saturday. He was only 6.8s behind his Hyundai team-mate ahead and only 12.7s off the rally lead.

Ott Tänak was next up in fifth place having been buoyed by the performance of DMACK’s new range of asphalt tyres, while Stéphane Lefebvre ended the day 11.2s behind in his privately-entered DS 3 WRC.

Mads Østberg struggled to find the pace he wanted in his M-Sport World Rally Team Ford Fiesta RS WRC and ended the day in seventh place, 1m 32s shy of the rally-leading pace.

Hayden Paddon completed the list of World Rally Car finishers on day one. The Kiwi, who only has limited asphalt experience, was eighth and 1m 45s off the lead.

Two manufacturer cars that didn’t complete the competitive 98.97km distance on day one were Volkswagen’s Jari-Matti Latvala and M-Sport’s Eric Camilli. Latvala retired on the first stage with a gearbox problem while Camilli spun his Fiesta and got stuck off the road.